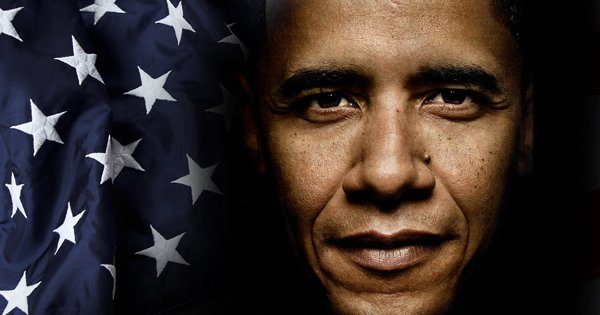 Like many Americans in this nation, the time for Hussein Soetoro to leave office cannot come soon enough. If members of Congress followed the Constitution, the totalitarian dictator would have already been removed from office and serving a sentence after facing impeachment and a criminal court. The man speaks so many lies and stirs the pot of racism and division in this nation all the while blaming the division on citizens. It has gotten to the point that people are angry; and, it is going to get worse.

On par for the megalomythomaniac, he has done nothing to stir the pot of racism in this nation – it is the fault of “conservative” right wing talk shows and naturally, the Republicans. Speaking in Elkhart, Indiana, the egotistical dictator “accused ‘right wing’ talk radio and cable channels like Fox News of angering white people in America about the economy….” He claims the economy is doing well under his administration. However, the majority of Americans would disagree.

During his speech, Obama decried Republicans who campaigned on stopping “welfare queens” complaining about “makers and takers” and even referred to Mitt Romney’s 47 percent comment.

“Their basic message is anti-government, anti-immigrant, anti-trade, and let’s face it — it’s anti-change,” Obama said, accusing them of lying just to oppose him.

“What they are saying just isn’t true,” he said, before launching his own attempt at “mythbusting” narratives from conservative media.

Obama complained that people failed to recognize that he was succeeding in improving the economy, cutting the deficit, and cutting spending.

Since when does cutting the deficit equate to increasing the debt? With the way the District of Corruption calculates “cutting spending,” cuts from necessary elements of government occur while wasteful spending on “teaching prostitutes how to use a condom” receives yearly funding. Once again, Republicans are run over by the Soetoro bus as he engages in stellar abundant lying fashion to discredit the Republican majority.

This man lies and lies and lies on top of more lies. He couldn’t tell the truth to God himself with his life on the line. Funny that Democrats, especially this one, accuse Republicans and conservative of being “anti-government, anti-immigration, and anti-trade” when it is not the case at all. Yet, no matter how often it is explained, no Democrat, liberal, communist or socialist gets it.

How is wanting to follow constitutionally established immigration law being “anti-immigration?” It isn’t; however, Democrats can gain a new voting bloc through the “freebies” given to illegal alien invaders that taxpayers fund. Conservatives are pro-legal immigration.

If all of this means being “anti-change,” then so be it. For the change that is offered by the Democrats, RINOs, Democrat Socialists, liberals and Communists amounts to nothing less than totalitarian oligarchic government where an iron fist rules not governs. Along with this totalitarian government comes massive surveillance, a police/military state, eradication of God-given rights, theft of all types of property, impoverishment, eradication of Christianity, enslavement, and misery, except for the political elite, the wealthy, the famous and the corporations.

Hussein Soetoro claimed this is the story being broadcast every day on cable news channels and “right wing radio” reaching people in cars, bars and VFW halls. He stated summarily that repetition of these stories leads one to believe them. “It’s no wonder people start thinking big government is the problem,” His Dictatorness stated.

Discrimination is discrimination. And yes, blacks discriminating against whites is a big problem. But, who actually scratched that healing wound, making it itch and bleed? The community organizer did through his continual campaigning, rock star style behavior while occupying the Oval Office, and support of black, criminal thugs over police in justifiable incidences of shootings.

Big government is the problem. At this point in time, no individual can go through the day without committing about three felonies based on law and pseudo-law enacted by government agencies through rules and regulations governing every aspect of life. Bit government is a problem when one cannot turn around without paying some sort of fee to government, violating some ordinance, law, or “rule,” and find government agents on their property when making improvements.

Big government stifles free enterprise and the free market system. It inhibits entrepreneurs starting businesses and current business owners. His Dictatorness believes government is the answer to everything, like most Democrats, and Republicans, most, are right behind him. Yet, this nation prospered more under less interference by the government than it is now with “big government” and big brother watching.

Obama argued they were wrong, since black unemployment was still twice as high as white unemployment and Hispanic women earned 55 cents for every dollar earned by a white man.—Obama warned voters against listening to Trump’s political argument.

“The one thing I can promise you is if we turn against each other based on divisions of race and religion—if we fall for a bunch of okey-doke just because it sounds funny or the tweets are provocative, then we’re not going to build on the progress we started.”

And here is the crux of his ranting – jabbing Donald Trump. Unfortunately for Hussein Soetoro, these problems existed before Trump hit the political scene to run for president on the Republican ticket. But, the 36-hour memory sheep will buy all his hay and march right into the pack of wolves only to be eaten, as is his plan. He lies claiming to be the “unifier” while working to divide this nation along every line possible to keep the people from uniting, getting behind the Constitution, and pulling his dead backside out by his Armani suit.

His “divide and conquer” plan, formulated by his puppeteers, has divided this nation in order to turn this country into third world nation governed by totalitarian communist principles. That is the “progress” he started and one the elite needs to be completed soon.

Based on percent of population, more blacks are in jail than whites and more blacks are unemployed than whites. However, blacks are committing more crimes in proportion to the percent of population than whites. The way the government calculates unemployment is deceptive. Still, having a man in the Oval Office who appears to be black has left black Americans far worse off than before his tenure. Of course, none of his policies have anything to do with that because it has to be race, nothing else. None of the increasing government usurpations, including Obamacare, have anything to do with it. No, it is strictly race because if it isn’t, one has to conclude this disparity was instigated by a supposed black man against black Americans.

And, let’s not focus on the problems surrounding black communities that include gangs, drugs, destruction of the family unit by Democrats, and idolization of the “thug” lifestyle and culture. When solid, good role models for young blacks are demonized and characterized as “Uncle Toms” or “sell-outs,” it pushes these impressionable young people to role models who glamorize the thug culture and criminal behavior. Rap music glorifying misogyny, crime, and anti-social behavior doesn’t help either.

Hussein Soetoro is doing what he does best – continual campaigning, stirring the pot of racism, division and dissent, continuing his rock star style occupation of the Oval Office, and stuttering accusations at Republicans, white America, Trump and anyone in opposition to the “change” of government from a republic to a totalitarian communist dictatorship. If the sheep continue to walk in the direction he is herding them, they will find that what they wanted is not what they wanted after all. But, by then, it will be too late.