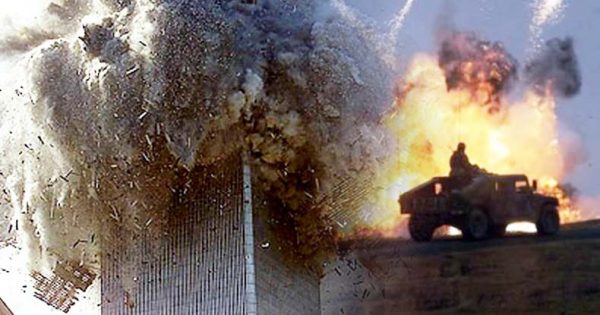 So far, 2016 is proving to be the year the September 11th attacks have been blown wide open. But when the U.S. Government is involved, it’s one step forward, then two steps back.

For the first time since that fateful September day, a once oblivious populace has begun to question why the US invaded Iraq in spite of the fact that 15 of the 19 alleged hijackers were from Saudi Arabia.

Then, in an April episode of 60-Minutes, former Florida governor, Democratic U.S. Senator and onetime chairman of the Senate Select Committee on Intelligence, Bob Graham implicated a US ally for their role in the September 11th attacks.

“I think it’s implausible to believe that 19 people, most of whom didn’t speak English, most of whom had never been in the United States before, many didn’t have a high school education, could have carried out such a complicated task without some support from within the United States,” said Graham in the interview, implicating Saudi Arabia for their role in 9/11.

Graham mentioned that a redacted portion of the 9/11 investigation, now popularly known as the 28 pages, implicates the Saudi Kingdom in aiding the attackers.

Just when it seemed that Americans were finally going to get a glimpse into the facts of what really happened on 9/11, Saudi Arabia threatened the US with the collapse of the dollar if they released the 28-pages.

Predictably, Obama caved to the Saudis.

Ah, but there was another glimmer of hope after the U.S. Senate’s unanimous passage of the Justice Against Sponsors of Terrorism Act (JASTA), which allowed the families of victims of 9/11 to sue the Saudi government in federal court.

Last week, after the victim’s families had their hopes built up by the passage of JASTA, it was revealed that the bill’s co-sponsor Chuck Schumer slipped in a last minute loophole, effectively castrating the entire bill.

While JASTA would allow for families of victims of 9/11 to overcome the current restrictions, the new section of the bill would essentially allow the heads of the Justice and State departments to stay any lawsuits indefinitely. The provision allows for the organizational heads to simply “inform the judge hearing the case that the US government has engaged with Riyadh in diplomatic talks to resolve the issue” — indefinitely.

As if rendering JASTA irrelevant wasn’t enough, this week, a U.S. government prosecutor, Ed Ryan announced that a military court is being asked to withhold from the public a cockpit recording from a hijacked jet in the September 11, 2001 terrorist attacks, because it contains evidence needed for upcoming trials. Joanne Stocker, reporting for Sputnik News in Guantanamo Bay explains:

“[The voice recording] has significant events for the purposes of the government’s case-in-chief,” Ryan told Judge James Pohl. “It proves hijacking in the first place. It proves intent. It proves the initial murders of the crew in the cockpit — the sounds of which can be heard — and, at the end, it contains the attempts to retake the airliner.”

The recording is from United Airlines Flight 93, which crashed in a field in Pennsylvania before reaching its intended target. Flight 93’s recording is unique as it is the only one which survived the September 11 attacks.

The recording allegedly captured passengers taking back over the plane from the hijackers before the plane crashed.

According to Sputnik, Ryan stated that the prosecution plans to play the audio at upcoming trials of suspects detained at the Guantanamo Bay prison.

He explained that the protective order must be in place before the US government can turn the audio over to lawyers who are defending terrorist suspects, including alleged mastermind Khalid Sheikh Mohammed.

Keeping the recording a secret is a kick in the teeth for the families who lost their loved ones on that day, especially the ones on Flight 93. It is also entirely unnecessary. The ones who are allegedly on trial are in Gitmo, and American citizens listening to that audio would have zero impact on the outcome of these hearings.

The court’s keeping this audio secret is just another reason American citizens, and the victim’s families in particular, have no reason to trust their government any longer.