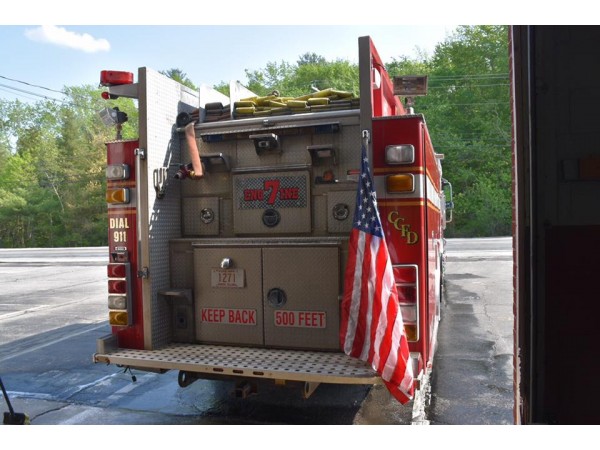 This is the left. They respond to an American flag the way decent, rational human beings respond to an ISIS flag. They are both mentally and morally ill.

Not only did this city official makes these seditious comments, but his twin sons of Central Coventry Fire District Chairman are speaking out in favor of removing the American flag. Of course these “terrorists” would be the first to save these trolls in the event of a jihad attack.

A Rhode Island city official called the city’s firefighters “terrorists” and compared them to ISIS for putting an American flag on their firetruck. The firefighters say they have been told to remove the flag by city officials.

Now, the firefighters union claims they’re being told to take the flag off of the truck. “It’s American to us,” union president David Gorman told NBC10. “The members are very upset. I have a couple members, armed service retired, retired from the guard.”

Gralinksi, for his part, apologized for any “perceived disrespect” from his comments.