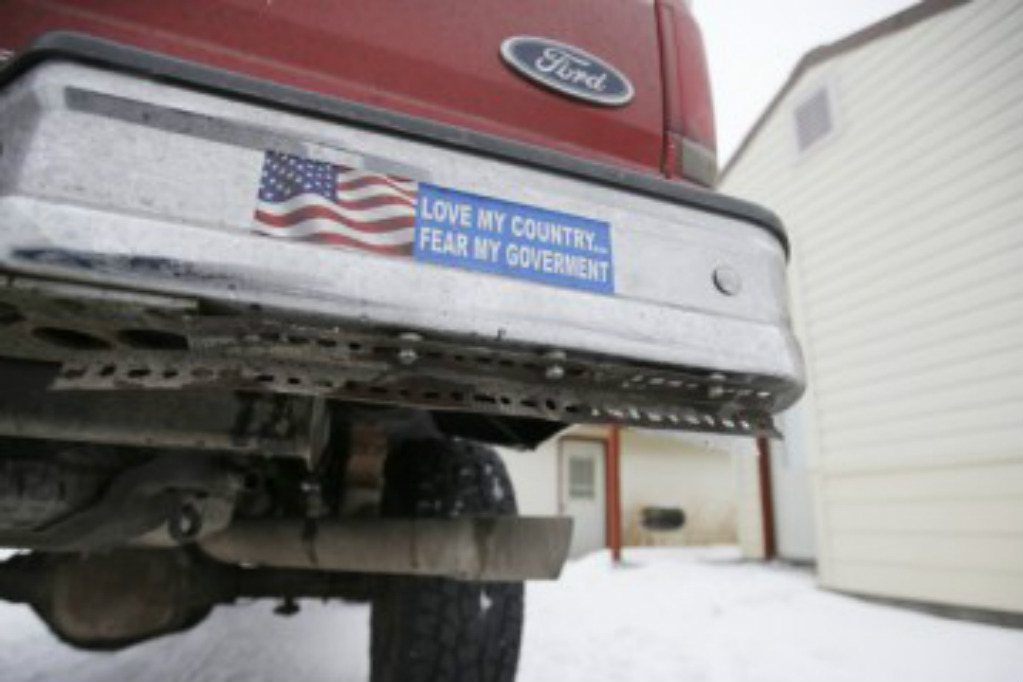 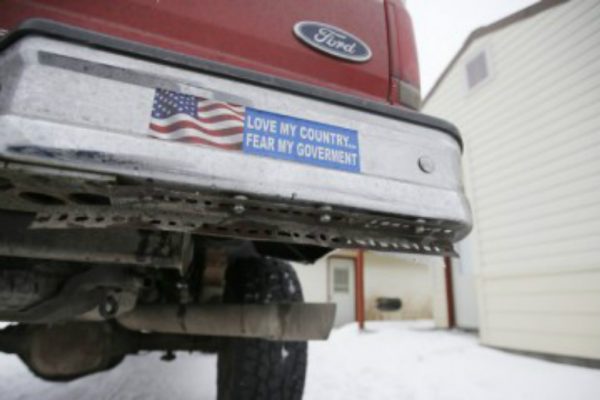 Garfield County Sheriff James “Danny” Perkins has issued threats in Utah against the Bureau of Land Management and the US Forest Service of they sought to close access by Americans to public lands.

Federal land makes up 94 percent of this county, so you’d think that Perkins would welcome the help of federal authorities. Think again. In the sage brush hills outside the one-stoplight town of Panguitch, he pulls off the highway and points to a dirt track.

“This is a conflict, and you’re gonna see just a little bit of it. Here’s a road right here, that was put here with teams and wagons,” Perkins says.

“We’re talking pioneer wagons here. Boulders lie in front of it and a bulldozer chewed it up so pickups or ATVs can’t drive up it anymore. Federal rangers did this recently,” he says. Locals have had access here for generations.

Tensions over federal land — who gets to do what on it, and who is in charge of it — are as high as they’ve been out here since at least the 1990s. Perkins and many others in his position will give you an earful about how they believe federal agencies have been taken over by environmental extremists. But this is more than just a turf battle. Perkins, too, has an agenda. He proudly refers to himself as a constitutional sheriff.

“Because I raised my arm to the square and I swore to protect and defend the Constitution of the United States,” he says.

A few miles away, in his office, he swivels back in his chair and starts digging through a file cabinet. He keeps copies of the papers and the Constitution on hand. Nowhere in them, he says, does it say anything about Bureau of Land Management or Forest Service law enforcement officers, let alone whether they have authority to pull people over for driving off-road or arrest people for illegal campfires. He says, as sheriff, he answers to the state of Utah.

“The powers delegated by the proposed Constitution to the federal government are few and defined,” he says. “I can even understand that!”

Indeed, those powers are very, very limited. These are things that Ammon Bundy tried to communicate to FOX News’ Megyn Kelly, but few would listen because they are submitting that the central government has all the answers rather than understanding it is restricted by the Constitution.

“I told the Forest Service ranger that if he went out and closed a road that Garfield County has jurisdiction on, I would arrest him,” he added.

I think, though, that Sheriff Perkins would do well to actually read and understand his Constitution. While he stands rightly to arrest these agents, he adds concerning those who stood against them at Bundy Ranch:

“I said it at the time, and I’ll stand by it, that is nothing but domestic terrorism. Yes, there’s been a story, a lot of these guys have been bullied around by the BLM, but you don’t handle it that way.”

Sorry to hear the sheriff is siding with communists like Harry Reid. These people were defending property rights and the Constitution. Personally, I have to wonder if Sheriff Perkins is a blowhard, but doesn’t actually understand the Constitution’s restrictions on the central government’s claims and control of land.