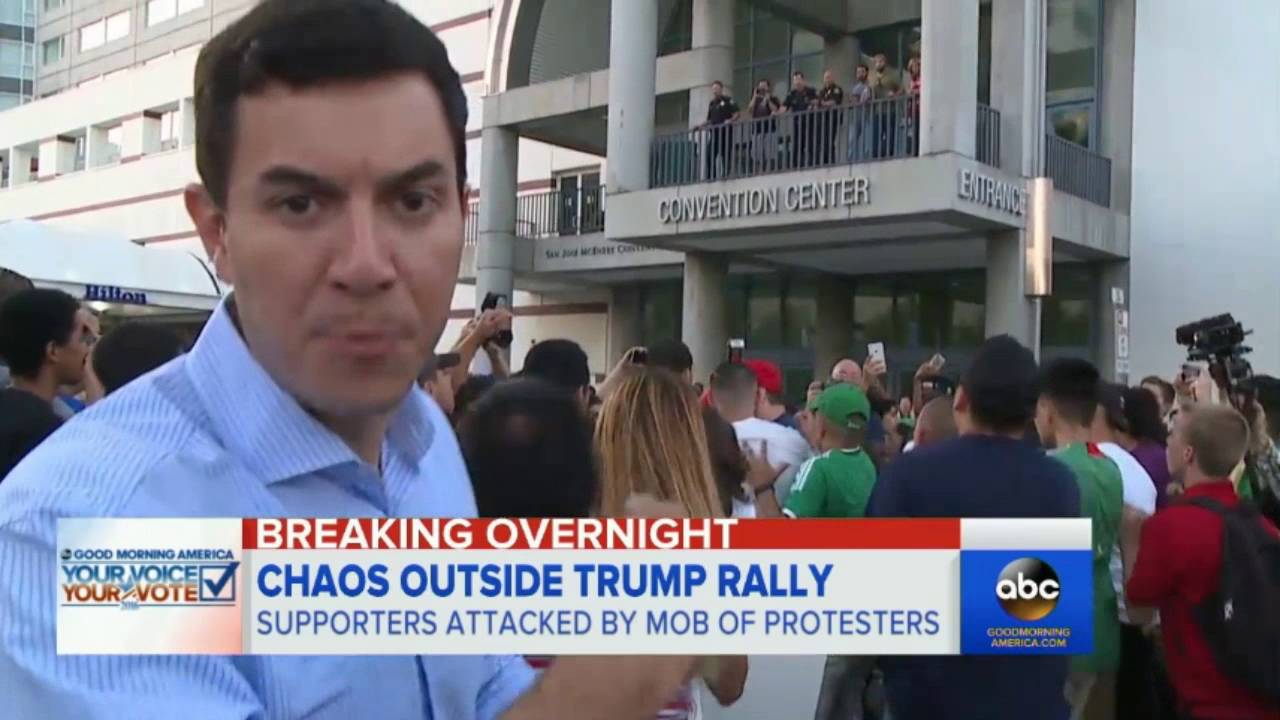 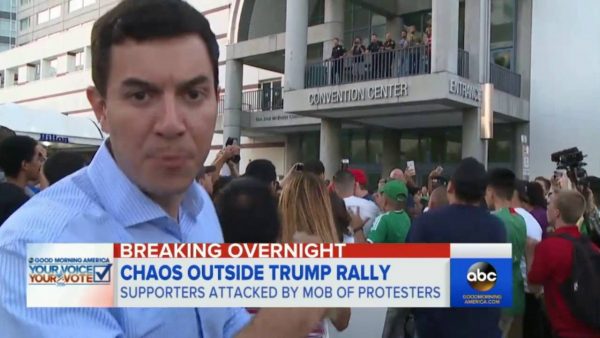 Do people really think things will be different if their candidate gets into office? Failing to realize that both parties are merely two sides to the same coin is sending the country into perpetual decline. Republicans are for big government if with war, and Democrats are for war, if with big government.

Nothing illustrates this notion quite like the Trump rally in San Jose, California this week.

Multiple videos, even some taken by the mainstream media, show citizens brawling as cops stand by and watch. The symbolism involved in police watching as citizens were spat on, assaulted, and beaten, speaks volumes to the current state of affairs in this country.

The police, we are told, are here to keep the peace and protect the public. However, all we saw them do in San Jose this week was protect themselves and buildings. People were being attacked directly in front of hundreds of cops, and they took no action.

“Many of the attendees were attacked out in the open,” said Pete Constant, a former San Jose councilman, and former police officer. “It appears that law enforcement was more focused on protecting private property.”

Why were they even there?

While the news report below paints Trump’s supporters as victims, many of whom likely were, it is important to note that we had sources on the ground who told us that some of them were agitators as well and conducted their own forms of assault.

Police in America do not protect the people. They are here to enforce the law only. If you doubt this claim, just refer to Warren v. District of Columbia, in which the Supreme Court ruled that the police do not have a constitutional duty to protect a person from harm.

The police do what the government tells them to do — morality be damned.

The reason police didn’t step in during these assaults is because they don’t have a dog in the fight. Neither one of the sides has enough political power yet to warrant their protection. If this would have been a protest against G20, Wallstreet, or the establishment in general, however, rest assured that the protesters would have been dealt with swiftly and belligerently.

As anger and violence grow among the populace, Americans are doing exactly what those in power want them to do — fight over puppets — while their savings, economy, and livelihoods are fleeced.

It is high time that humans stop fighting over who they want to rule the world, and start fighting against the people destroying it.

The state takes the approach of coercive violence to force compliance, and it’s quite apparent that this approach falls short of its desired result. It’s time to adopt peace as the means to the ends — not just the ends.

In the 20th century alone, governments killed 174,000,000 people as they ostensibly fought for freedom. Where has that gotten humanity?

When hate and violence are used as a means to an end, we end up with people fighting in the streets over who should be the recipient of 30% of their paychecks. Can we not move past this already?

Removal of due process, the initiation of violence, and abuse of power; these are tools of the state, not of the peaceful revolution. Those who would take or harm an innocent life to incite change are no different than the mass murdering sociopaths within the government.

Do not mistake this path with pacifism, as self-defense is the root of all rights, for without it — we no longer exist. However, one cannot force others to change; they will only change when the information strikes them a certain way. The only thing we can have a direct effect on is our own lives.

It’s time we start realizing our true potential as humans and be the change we want to see in this world.