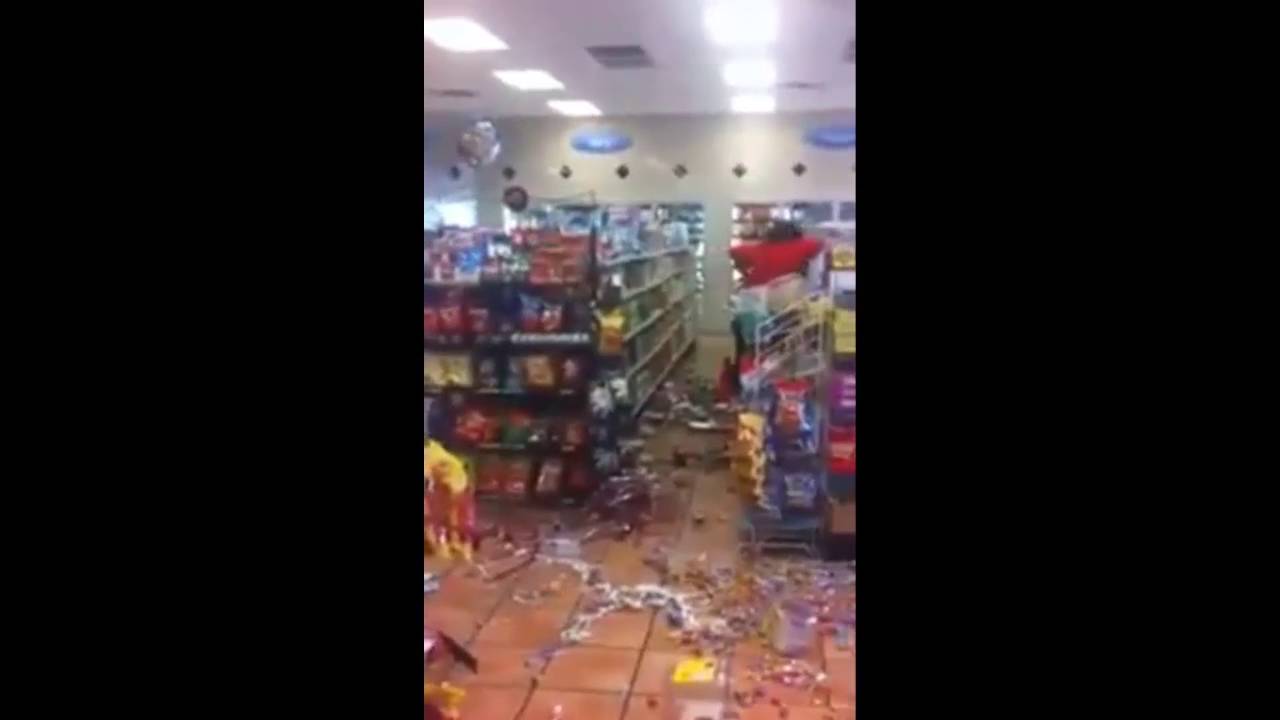 With some 100 million Americans now receiving government assistance in one form or another, it’s only a matter of time before glitches or all out system failure leads to civil unrest.

While we understand that Electronic Benefits Transfer cards, unemployment and other social support mechanisms are necessary for those who may have temporarily come upon hard times in an economic environment wrought with fraud and machinations that have left hard working Americans in dire straits, the fact is that millions upon millions of people feel entitled to the benefits they receive from the taxpayer and have made sitting on the couch, smoking weed, and getting paid a career.

And when those benefits disappear for whatever reason we can expect the following, but on a mass scale:

A large woman destroyed a convenience store after having her food stamp benefits card declined, according to a video uploaded to Live Leak Thursday.

The woman had already knocked some food on the floor before one patron decided to start filming the incident. She appears belligerent as she repeats inaudible and barely audible statements. The woman walks with a limp from an apparent injury as she threw food around. She even throws an empty container of Cheetos at a man who tried to calm her down.

This isn’t the first such incident and it certainly won’t be the last as an evermore impoverished populace becomes increasingly dependent on government handouts.

In 2013 we reported that the EBT card acceptance system in 16 states crashed, leaving thousands with no way to put food on their dinner tables. As further evidence of what may happen following a widespread outage wherein those on government assistance have no way of buying food and other necessities, consider what this woman had to say:

I go to the register and they ask me “how you going to pay.”

I said with food stamps.

“Oh, we’re shut down, you can’t pay with food stamps.”

I got kids to feed. You know?

And because the government’s down I can’t feed my family?

What’s going on with America? Now they trying to starve us to death?

…I got six kids I have to feed.

I’m just trying to figure out how to get something to eat.

The most recent statistics indicate that some 70 million Americans would be starving in the streets were it not for government programs like EBT and welfare.

If a foreign power really wanted to bring America to its knees then perhaps the only thing they’d need to do is launch cyber attacks against the social safety net systems that have thus far managed to keep a broke and hungry populace subdued.

In such a scenario the United States of America would descend into chaos within 72 hours, which is precisely why we regularly urge our readers to prepare for a worst case scenario that sees widespread riots, looting and civil unrest from coast to coast.