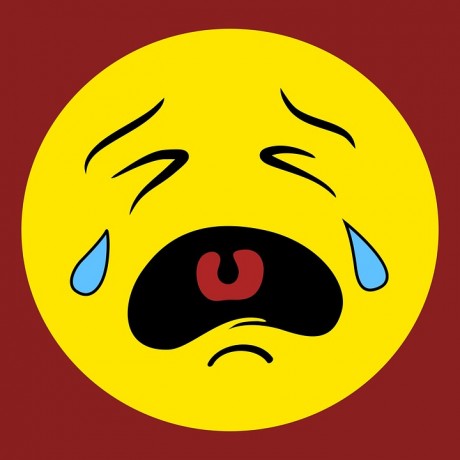 Why do so many of our young people instantly break down in tears the moment anything seriously offends them?  Have we raised an entire generation that has been so coddled and that is so spineless that it is completely incapable of dealing with the harsh realities of the modern world?  At colleges and universities all over America, students are now demanding “safe spaces” where anything and everything that could possibly make them feel “uncomfortable” is banned.  And “trigger warnings” are being placed on some of our great literary classics because they might cause some students to feel “unsafe” because they may be reminded of a past trauma.  In this day and age, our overly coddled young people have come to expect that they should be automatically shielded from anything that could remotely be considered harmful or offensive, and as a result we now have an entire generation that is completely lacking in toughness.  That may be fine as long as you can depend on Mom and Dad, but how in the world are these young men and women going to handle the difficult challenges that come with living in the real world?

Author Claire Fox has a great deal of experience dealing with these overly sensitive young people, and she has dubbed them “Generation Snowflake”…

Claire Fox, head of a thinktank called the Institute of Ideas, has penned a coruscating critique of “Generation Snowflake”, the name given to a growing group of youngsters who “believe it’s their right to be protected from anything they might find unpalatable”.

She said British and American universities are dominated by cabals of young women who are dead set on banning anything they find remotely offensive.

Some time ago Fox was giving a speech to a group of young women during which she brought up the subject of rape, and she was completely stunned by what happened next…

Some of the girls were sobbing and hugging each other, while others shrieked. The majority appeared at the very least shell-shocked.

It was distress on a scale appropriate for some horrible disaster. Thankfully, however, I wasn’t in a war zone or at the scene of a pile-up – but in a school hall filled with A-level students.

What had provoked such hysteria? I’d dared express an opinion that went against their accepted way of thinking.

In the western world, political correctness is often taken to absolutely ridiculous extremes in attempt to keep people from being exposed to anything that could remotely be considered “offensive”.  For instance, just consider a couple of examples from the United Kingdom…

This hyper-sensitivity has prompted the University of East Anglia to outlaw sombreros in a Mexican restaurant and caused the National Union of Students to ban clapping as “as it might trigger trauma”, asking youngsters to use “jazz hands” instead.

Could you imagine banning clapping?

But this is actually happening.  Anything that might make someone feel the least bit “uncomfortable” is now being labeled as a “micro-aggression”, and at schools all over America “safe spaces” are being set up where young people can avoid anyone or anything that may make them “feel uncomfortable, unwelcome or challenged”.

Advocates for Youth states on their website that a safe-space is “A place where anyone can relax and be fully self-expressed, without fear of being made to feel uncomfortable, unwelcome or challenged on account of biological sex, race/ethnicity,sexual orientation, gender identity or expression,cultural background, age, or physical or mental ability; a place where the rules guard each person’s self-respect,dignity and feelings and strongly encourage everyone to respect others.

And this is not a fringe movement at all.  These “safe spaces” are being established at some of the most prestigious universities in the entire country, and in at least one case a “safe space” included “calming music, cookies, Play-Doh and a video of frolicking puppies”…

A Harvard student described in the university newspaperattending a “safe space” complete with “massage circles” that was designed to help students have open conversations.

The real world is tough, and we need to teach our kids to be tough.

Trying to recreate a kindergarten environment for men and women that are supposed to be adults is not going to help anyone.

Another big thing that students are demanding now are “trigger warnings” on any educational materials that may potentially upset someone.

According to dictionary.com, a “trigger warning” is “a stated warning that the content of a text, video, etc., may upset or offend some people, especially those who have previously experienced a related trauma.”

At Harvard, students are being told that they are now free to skip certain books if reading them would make them feel “unsafe”.  I wish that I could have used this excuse back in my college days, because then I would have had much more time to spend with my friends.  The following comes from the Telegraph…

Literary classics are now considered potentially “unsafe” for students to read. Reading lists at some universities are being adapted to come with warnings printed beside certain titles: The Great Gatsby by F Scott Fitzgerald (Trigger: suicide, domestic abuse and graphic violence) and Mrs Dalloway by Virginia Woolf (Trigger: suicidal tendencies).

In some colleges, professors have been known to tell students that if a book makes them feel unsafe, they are allowed to skim it, or skip it altogether, a Harvard Law professor told this newspaper.

Now that we have defined “safe spaces” and “trigger warnings”, I am going to define a term that I used in the title of this article.

“Wussification” is the act of turning someone into a “wussy”.  And urbandictionary.com defines “wussy” in the following manner…

A person with no guts. A person who whines all day and sits around and cries like a little baby for years over nothing. Will blow anything out of proportion and create drama to forget about their sad miserable lives.

If our young people need cookies, Play-Doh and videos of frolicking puppies to deal with the challenges in their lives right now, what in the world are they going to do when the things that I talk about in my new book start happening to America?

The real world can be exceedingly cold and cruel, and our young people need to be equipped to handle whatever life will throw at them.

Unfortunately, we have raised an entire generation of overly coddled boys and girls that have never learned to become men and women, and as a result society as a whole will suffer greatly.