Will the Bilderbergers coalesce to have Sen. Lindsey Graham attack Trump politically? 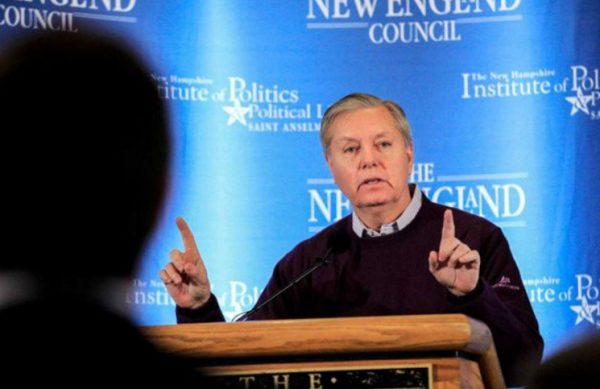 (INTELLIHUB) — U.S. Senator Lindsey Graham (R-SC) is attending the 64th annual Bilderberg conference, along with 130 other global elite from 20 countries and is likely in violation of the U.S. Logan Act.

“The Logan Act (1 Stat. 613, 18 U.S.C. § 953, enacted January 30, 1799) is a United States federal law that forbids unauthorized citizens from negotiating with foreign governments having a dispute with the U.S. It was intended to prevent the undermining of the government’s position. The Act was passed following George Logan‘s unauthorized negotiations with Francein 1798, and was signed into law by President John Adams on January 30, 1799. The Act was last amended in 1994, and violation of the Logan Act is a felony,” via Wikipedia.