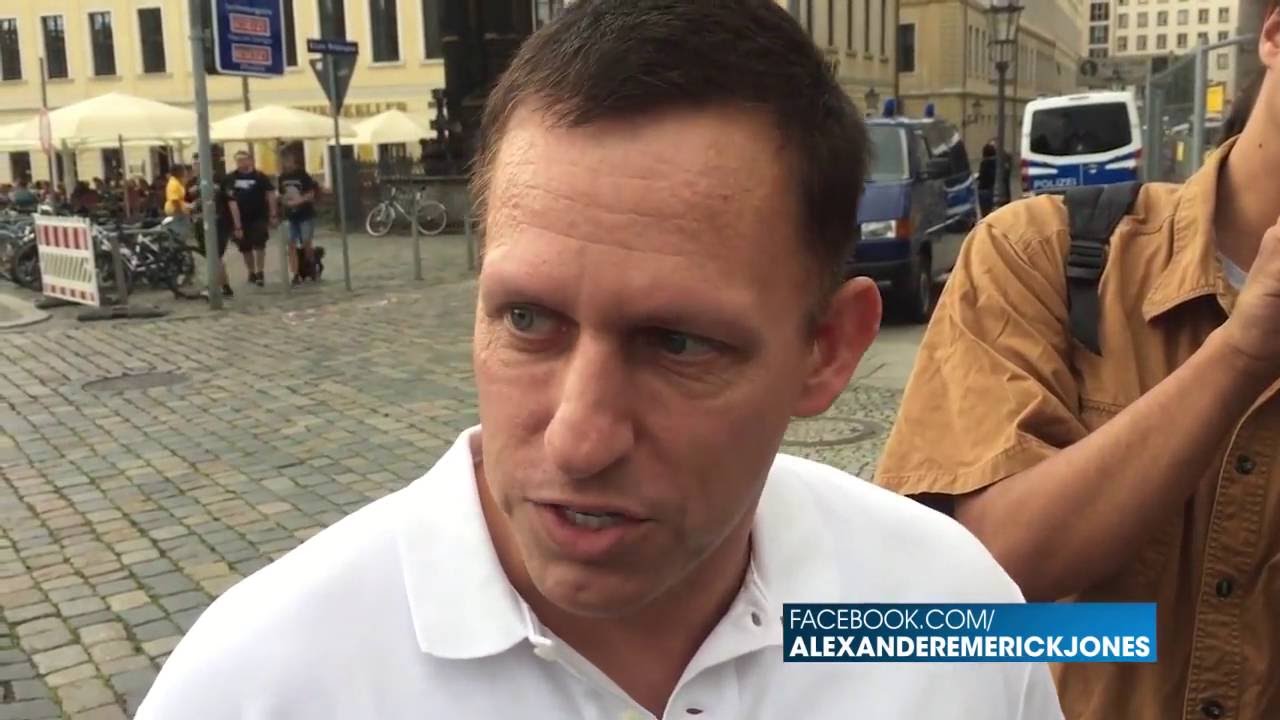 Self-proclaimed libertarian makes bizarre statement after being cornered by reporters 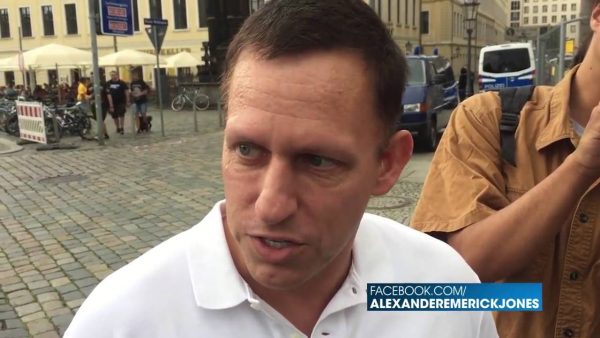 Entrepreneur and self-proclaimed libertarian Peter Thiel made a bizarre statement to reporters outside the site of the Bilderberg conference in Dresden, Germany, claiming that the secretive group’s lack of transparency was a good thing.

Thiel exited the hotel and was immediately asked how he squared his freedom oriented political beliefs with the fact that Bilderberg is a shadowy group that has no transparency whatsoever.

After initially refusing to answer, Thiel said he would be prepared to make one comment.

“I believe it’s always important to exchange views with people no matter what their perspectives are….I think that we have a lot of problems in our society, we need to be finding ways to talk to people where not everything is completely transparent,” said Thiel.

“Libertarianism is not synonymous with radical transparency, that’s often an argument that the Stasi would make in East Germany where everything would be monitored by society, and I think often you have the best conversations in smaller groups where not everything is being monitored, and that’s how you have very honest conversations and you can think better about the future,” he added.

Thiel’s comments are ironic given that he sits on Facebook’s board of directors. The social media giant is renowned for sucking up data on and monitoring its users.

The venture capitalist’s comparison of scrutiny of the Bilderberg Group by independent media outlets to the Stasi’s mass surveillance of millions of citizens in East Germany is also completely bizarre.

The Bilderberg Group is a huge lobbying confab attended by some of the most powerful people in the world who have provably schemed to control world affairs, rarely in the interests of the ordinary citizen.

To compare the actions of reporters trying to get answers about Bilderberg to the Stasi – a state spying behemoth that abused the rights of East Germans – is totally ludicrous.

So they want to put us under a microscope, then use our data to control our lives and to fix markets but then don’t want us to even have basic press coverage of them.

Because you have government officials meeting with world leaders, in what’s noting more than a secretive lobbying junket, the information taking place inside it should be public. It is the height of hypocrisy to see control freak technocrats shaking their heads at us and saying it’s bad we’re trying to shine a light on the shadow government.

The good news is that they denied this existed for over 40 years and now it’s been forced out in the open, which is a giant success for humanity and open, free, transparent societies.

Individuals and private organizations should be opaque, but government and mega-corporations that operate as governments should be transparent.