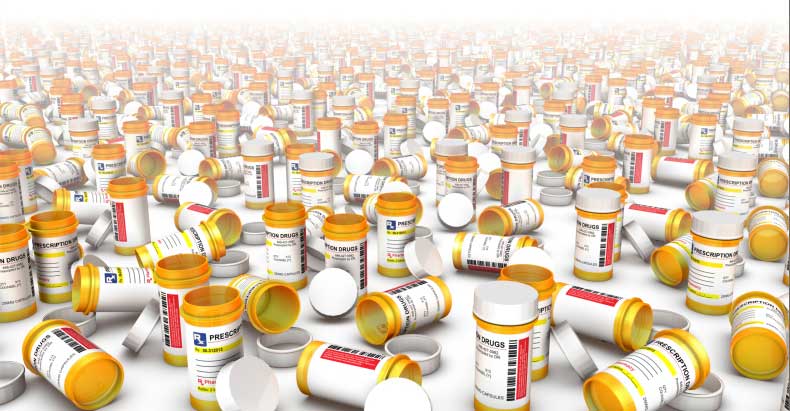 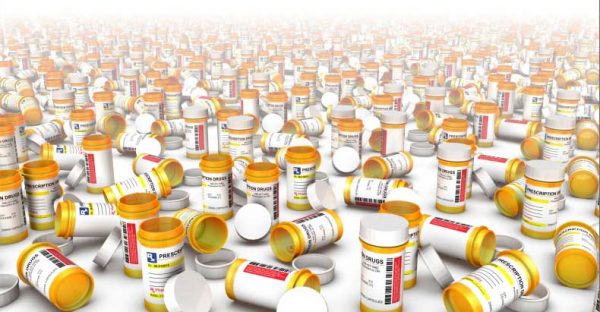 Over the past year we have heard much about the opioid epidemic gripping the U.S., as Big Pharma rakes in billions from people getting hooked on prescription painkillers such as OxyContin and Vicodin.

Nowhere is the problem more pervasive than in West Virginia, which has the highest drug overdose rate in the nation and one of the highest prescription rates of opioids. A disproportionate number of manual labor jobs like coal mining, combined with a high rate of unemployment, has made the state ripe for the picking by Big Pharma.

Newly unsealed court documents reveal the extent to which prescription drug wholesalers have knowingly contributed to the opioid addiction problem, by colluding with sham “pain clinics” to push their products on the small towns of West Virginia. (Source: http://sideeffectsofxarelto.org)

The Charleston-Gazette Mail filed a motion to unseal court documents in a lawsuit against AmerisourceBergen, the nation’s third-largest prescription drug wholesaler. For over a year the company fought to keep “18 words” secret, but Judge William Thompson finally ordered their release.

“The unredacted court records show AmerisourceBergen distributed more than 140 million doses of controlled substances to West Virginia pharmacies between 2007 and 2012. About 90 million of those pills were prescription opioids, like Lortab, Vicodin and Oxycontin. The company shipped another 27.3 million tablets of Xanax, an anti-anxiety medication that addicts often take with painkillers…

In Boone County, AmerisourceBergen shipped 8,000 hydrocodone painkiller tablets to a drive-thru pharmacy over two days in July 2012, according to the unsealed court records. On those same two days, a competing drug wholesaler shipped 8,600 hydrocodone tablets to the same “pill mill” pharmacy. AmerisourceBergen sold another 3,800 oxycodone pills to the Boone County pharmacy that month.”

Some of the sales went to pharmacies that filled prescriptions for doctors who were later indicted on federal charges for running sham “pain clinics.” One of those doctors fled to the Bahamas before facing criminal charges.

“AmerisourceBergen and other wholesalers were being disingenuous,” said Delegate Don Perdue, D-Wayne, a retired pharmacist. “They knew what they were doing, they knew they were making a lot of money, and they just don’t want anybody to know the extent of the issue.”

The revelations demonstrate how Big Pharma is part of a literal drug running scheme, acting as supplier to push highly addictive pills onto a vulnerable populace. But these drugs are “legal,” so the companies insist that they are operating within the scope of the law.

AmerisourceBergen appears shocked that their deal with government to keep quiet about the numbers behind their drug-running operation has been upset. They gave the sales figures “with the expectation and understanding that this information would be maintained as confidential.”

However, the scrutiny of local news outlets such as the Charleston-Gazette Mail and the dissemination through alternative media is piercing this shroud of secrecy.

The lawsuit alleges that “AmerisourceBergen and other out-of-state drug wholesalers shipped an excessive number of pain pills to West Virginia, failed to report suspicious orders from “pill mill” pharmacies and contributed to the state’s ongoing prescription opioid problem.”

Lying and cheating is a common theme for Big Pharma. Merck and Co., one of the largest pharmaceutical corporations, was just found guilty of lying under oath in a patent infringement case. Johnson & Johnson and Bayer were caught hiding critical laboratory data from a top medical journal, leading to hundreds of deaths.

How long will these unscrupulous pill pushers be granted special privilege by the government and allowed to prey upon people, sucking up wealth by destroying lives?