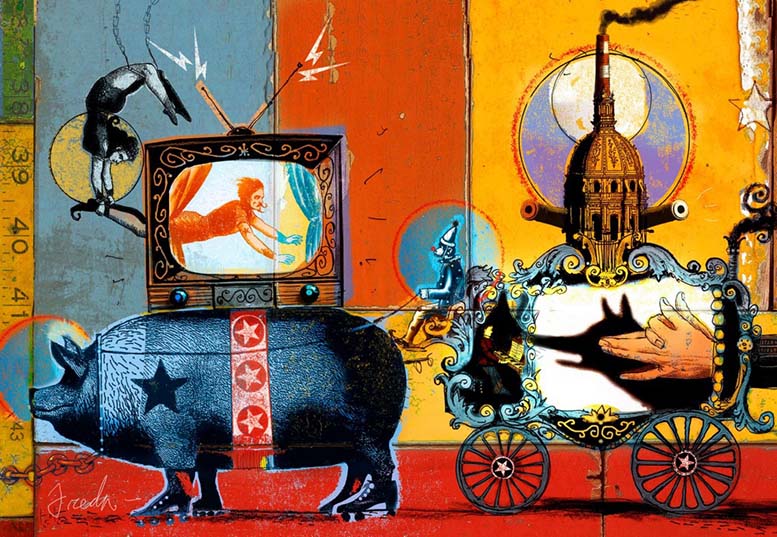 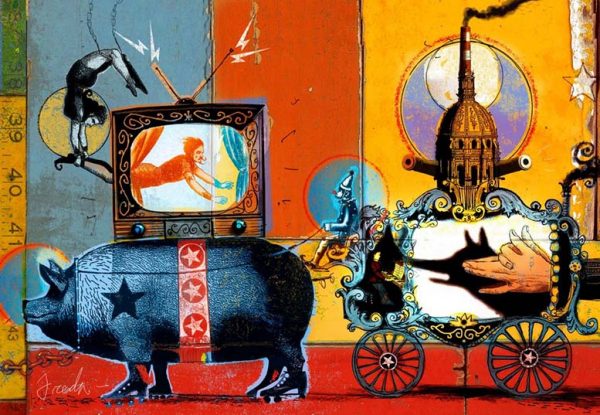 The dichotomies emerging at the Democratic National Convention venue in Philadelphia; within the party’s stated valued ‘principles’; and real-time actions definitely need to be pointed out, especially since “Pillory Hillary” and the left’s party of ‘inclusion’—or should that be ‘seclusion’—are doing in real time in Philadelphia obviously are in total contradiction to their stated, hated position The Donald has mentioned and supports, plus Democrats—especially Hillary—denounce with vigorous venom regarding the border wall and guns.

What gives about the dichotomies within the Democratic Party and its leaders?

What’s wrong with their flip-flop values? Will those values change and become Orwellian-like, like the Obama ‘changes’ promised changed, but have become draconian after his election to office? Hint: Presidential Executive Orders!

A petition has been sent to the DNC by the Citizens Committee for the Right to Keep and Bear Arms that reads:

“Democrats have become known as the party of gun control,” said CCRKBA Chairman Alan Gottlieb. “Virtually all recent gun control proposals at the federal and state levels have been launched and championed by Democrats. It’s time for the party to ‘put up or shut up’ about guns. The best way to do that is to forsake armed security during the convention.”

He noted the “overwhelming hypocrisy” of privileged liberal elitists who have traditionally opposed expanded concealed carry rights for average citizens while they continue to enjoy the protection of armed security. Front runner Hillary Clinton has stated that the Supreme Court was “wrong” in its 2008 Heller ruling about the Second Secret Service Amendment. She has pushed gun control for average citizens, yet she enjoys protection.

“If a political party believes that guns do not make us safer,” Gottlieb observed, “they should set an example by rejecting any and all forms of armed security at their national convention. A party that does not believe in the right of individual citizens to keep and bear arms should not benefit from the safety provided by others who bear arms.” [1]

Even though I don’t fancy guns, I do not feel it’s guns, but disturbed people, who use guns to harm others, which the Corporatocracy programs due to the numerous neurotoxic elements allowed to affect us from birth (vaccines) and throughout life (more vaccines, pharmaceuticals, fluoridated water, GMO ‘phood’, chemtrails from government’s Solar Radiation Management scheme regarding climate control, plus electromagnetics from HAARP, all the cell towers and ‘smart’ gadgets that negatively affect our brains) apparently to program unstable people—even politicians—to do stupid things!

There’s also another thing I think voters ought to consider about politicians: how they vacillate on issues or probably don’t realize that they should not be doing things that will catch up with their future, e.g., using a private email service as U.S. Secretary of State. Personally, I was appalled to receive an email with a photograph of a prominent politico wearing blackface as part of a Halloween costume—OMG! How politically incorrect was that?

This article is about stressing that there seems to be no accurate fairness—or even perception of it—in the 2016 presidential campaign to date from all involved, especially the media. How much worse we can expect it to get? When will voters realize that?

As someone who is genuinely concerned about our country’s fast-declining future and where’s it seems to be heading via the meme called ‘political correctness’ [the public restroom use is just one obvious example] that the very ones who promote PC but apparently won’t live by—the DNC wall and gun patrolled convention—I think voters need to demand better from both parties.

Wouldn’t it be something rather stupefying if they held an election in November and no one showed up to vote as a protest to tell those who think they are the ‘powers that be’ that we, who pay their freight, want no more part of their unmitigated BS!