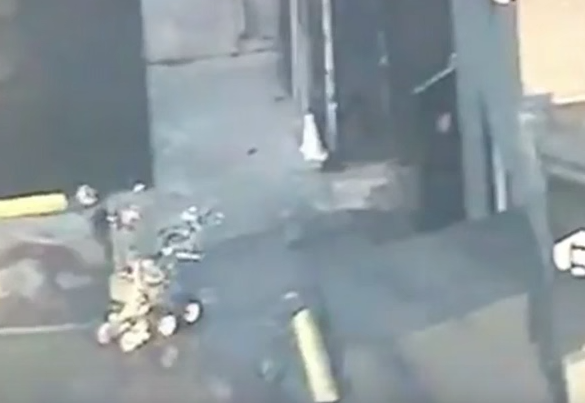 It has only been two days, and already suspicious details are emerging from the shooting at the Pulse nightclub in Orlando.

First, you have this report a live TV caller gave on a mainstream media channel claiming to have been inside the club when the shooting occurred. He said that when people tried to escape, someone was holding the door closed. As soon as he says this, the reporter “loses him” and they change the subject.

As reported in the video above, if someone was holding the door shut, the shooter was not acting alone. [Update: Stories have come out claiming people held the door shut after this was broadcast… listen to the story and decide for yourself if you buy it.] [SECOND Update: Turns out the guy claiming he held the door is an actor. Literally.)

An eyewitness interviewed by the Palm Beach Post says he heard two gunmen.

Then you have the fact that Broadcastify, the world’s largest source of public safety, aircraft, rail, and marine radio live audio streams, just so happens to be missing the three hours of police scanner audio from midnight through 3 a.m. on June 12, the exact window the shooting took place in:

Broadcastify claims the reason the audio of that particular channel for those particular hours is missing is due to a “server outage”.

One of the potential victim’s mothers, who claims she does not know if her son is alive or dead yet and has been waiting at the hospital for news on him since 4 a.m., is already calling for gun control… she spends almost as much if not more time calling for gun control than she does talking about her (potentially dead, she still doesn’t know if he’s alive or dead yet) son and what has happened here:

Obama also used his Orlando shooting statement to say we need to call for more gun control in the wake of this shooting because it’s too easy to get a gun in America (CNN added the references below):

“This massacre is a further reminder of how easy it is for someone to get their hands on a weapon that allows them to shoot people,” he said, making reference to previous shootings at schools like Newtown, Connecticut, churches like Charleston, South Carolina, and movie theaters like Aurora, Colorado. “We have to decide if that’s the kind of country we want to be. And to do nothing is a decision as well,” he said.

Now it has come out that the supposed shooter Omar Mateen was already investigated by the FBI and “on their radar” (funny how that always happens in these situations) and he worked for a major Homeland Security contractor for almost a decade (a fact mainstream outlets are trying to spin as “proof” DHS has been infiltrated by ISIS).

And this is just what’s come out in 48 hours…