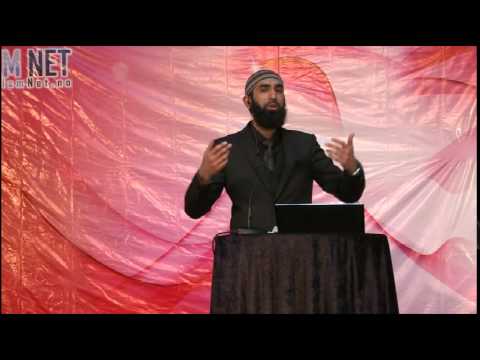 In light of the massacre of dozens of people at a gay club in Orlando, it’s worth re-visiting the comments of Islamic speaker Fahad Qureshi, who admitted that the desire to see homosexuals killed was a belief held by so-called “moderate” Muslims.

During a conference held in May 2013, Qureshi complained that the media often frames views such as “the death penalty for homosexuals” or the subjugation of women as only being held by radical Muslims.

“I always try to tell them that….these are general views that every Muslim actually has….every Muslim believes in these things,” says Qureshi.

Qureshi then asks the audience of Muslim attendees – black, white and Arab – to raise their hands if they agree with gender segregation and stoning women for adultery, as taught by the Koran.

Virtually every single ‘moderate’ Muslim in the room raises their hand to agree with these positions.

Qureshi then asks the audience if they go to “normal Sunni mosques in Norway.” Virtually everyone raises their hand in agreement once again.

The chillingly ironic thing is of course that in trying to argue that most Muslims are not ‘radical extremists’, Qureshi only proves the point that so-called “moderate” Muslims do in fact hold radical, violent and extreme views about the treatment of women and homosexuals.

The clip attests to the fact that intolerant and hateful viewpoints are not just held by a tiny minority of “radical” Muslims, they are held by most Muslims period, and they’re taken directly from the Koran.

If such views were espoused by extreme right-wingers, liberals would be up in arms, but because Muslims rank far higher in the ‘oppression olympics’ table, so-called “progressives” are frightened to criticize Islam for fear of being labeled politically incorrect or racist (despite the fact that Islam is not a race).

It has also been confirmed that just weeks before Omar Mateen’s rampage, Muslim cleric Sheikh Farrokh Sekaleshfar called for gays to be executed during a sermon at an Orlando-area mosque.

Sekaleshfar also called for homosexuals to be killed “out of compassion”.

With many gay people in America now asserting that they will switch their vote to Trump in light of Saturday night’s massacre, it is imperative for the LGBT community to understand that the regressive left has chosen Islam over gay rights.

Leftists would rather justify and act as apologists for a religion that openly encourages the slaughter of homosexuals than stand up and defend the lives of gay people.