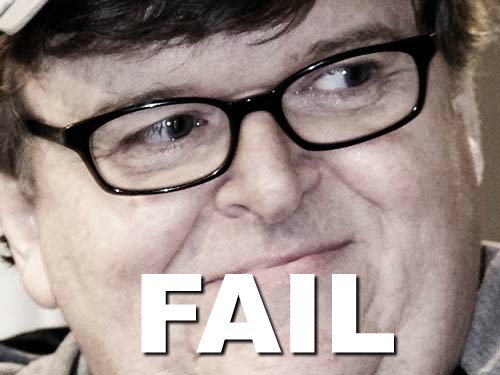 Michael Moore, a card-carrying puppet for the government’s gun grabbing agenda, apparently doesn’t know that much about guns and bullets (except that he wants them banned, that is).

In his continued anti-gun rant following the Orlando shooting, Moore claimed that AR-15 ammo is actually banned by the Geneva Convention because… it spins around and explodes in the body.

Ammo used in AR-15/M-16 is banned by Geneva Convention. It enters the body, spins & explodes. Show the crime scene photos & the NRA is over.

This is… just not even remotely true in any way, and it would seem lots of people (who aren’t Michael Moore) literally know it.

so, literally none of that is true

How is it being used today on EVERY 'legitimate' battlefield across the globe? You didn't really think this through, did you? #2A

That’ll do… these responses go on all day. Well, just one more.