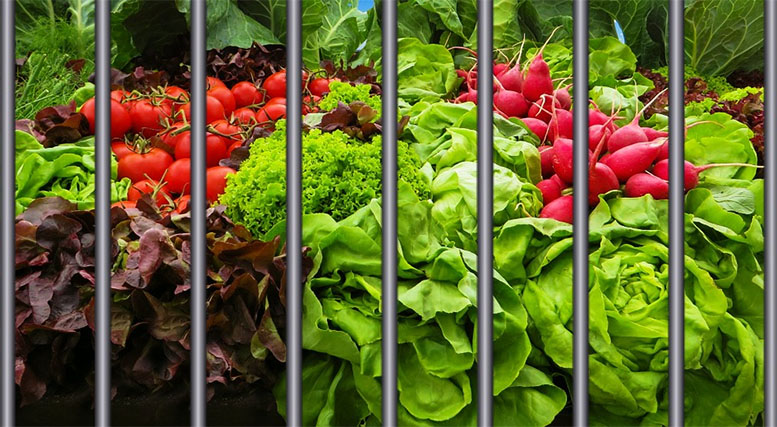 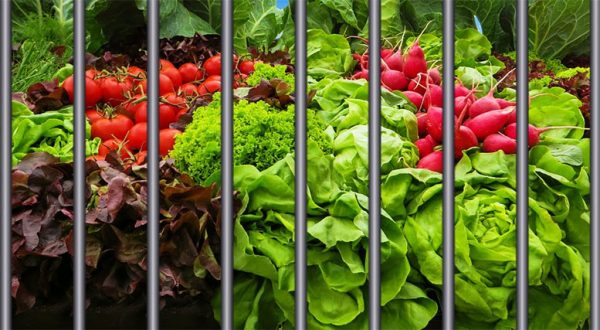 A new local controversy is brewing in South Florida surrounding yet another instance of local governments imposing fines on residents and persecuting them over maintaining gardens on their property.

After living in Miami Shores for 17 years, and growing vegetables in their front yard for the same amount of time, Tom Carroll and Hermine Ricketts were forced to dig up the garden in front of their home in 2014 when they were threatened by town officials with $50 a day fines if they did not. The threat of fines came only a few months after the Miami Shores Village Council passed a new zoning plan meaning that low-level bureaucrats wasted no time in fanning out amongst residential areas to uproot violators.

The couple is now suing on grounds that the ban on front yard gardens violates the Florida Constitution by imposing improper limits on private property rights as well as violating the equal protection clause. The couple is being represented by lawyers with Institute for Justice, a Libertarian non-profit organization that focuses on free speech and property rights among other issues.

Bargil’s argument sounds perfectly reasonable, i.e. that the Constitution protects the right of an individual to grow gardens wherever they like on their property. But the politicians and bureaucrats in Miami Shores, however, are not exactly what one would consider reasonable. For instance, Richard Sarafan, argued that the new zoning rule was not irrational and that the couple’s yard should be covered with grass, sod or “living ground cover.” If they want a vegetable garden it should be in the back yard.

It’s not surprising that an attorney for Miami Shores wouldn’t find the zoning rule irrational. After all, he is making quite a bit of money from the argument. The fact that an attorney, politician, or bureaucrat would assume that they have the authority to tell a couple how and where they can have a garden on their own property is also not surprising. Neither is the fact that they would have the time or neurosis to do so.

Plants are living. They are on the ground. And they cover it.

Seems like Mr. Sarafan has caused himself to be in quite a pickle with his argument (we sincerely hope this pickle originated in the backyard, not the front). Thankfully, for Miami Shores, Sarafan’s detailed understanding of the Constitution is on their side.

“There certainly is not [a] fundamental right to grow vegetables in your front yard,” Sarafan said.

He actually said that.

At this point in the article, it is difficult to avoid resting my case and throwing up my hands in the “see” motion. But as a writer I also feel the need to continue as there may be some questions that have yet to be asked about this case.

First, does Mr. Sarafan understand what a fundamental right actually is?

Does he understand what the Constitution is?

Does he know what a vegetable is?

Does he know anything?

Did Mr. Sarafan take an extended vacation to practice law in North Korea and is still trying to acclimate himself to American law?

The answer is probably no on the latter.

Aesthetics and uniformity are legitimate government purposes. Not every property can lawfully be used for every purpose.

Okay, maybe I spoke too soon. Aesthetics and uniformity are legitimate government purposes? What a beautiful world. Nothing sounds better than a world in which everything looks the same and is aesthetically pleasing to the government. It’s also a revolutionary approach of which Sarafan should inform the government. After all their legal battles and semantics to steal property from citizens in the past, they could have just used that “aesthetics and uniformity” clause. It’s so easy, really. It might not exist in the Constitution but so what? Sarafan and Miami Shores says it does, so we can just go with that.

But Sarafan is right about one thing: it is true that not every property can lawfully be used for every purpose. His own office is living proof of that. On this issue I would recommend three things: that Carroll and Ricketts not give up their fight, that Miami Shores immediately gives up theirs, and that someone immediately check on the legitimacy of Sarafan’s law degree.

Brandon Turbeville – article archive here – is an author out of Florence, South Carolina. He is the author of six books, Codex Alimentarius — The End of Health Freedom, 7 Real Conspiracies,Five Sense Solutions and Dispatches From a Dissident, volume 1 and volume 2, The Road to Damascus: The Anglo-American Assault on Syria, and The Difference it Makes: 36 Reasons Why Hillary Clinton Should Never Be President. Turbeville has published over 600 articles dealing on a wide variety of subjects including health, economics, government corruption, and civil liberties. Brandon Turbeville’s podcast Truth on The Tracks can be found every Monday night 9 pm EST at UCYTV. He is available for radio and TV interviews. Please contact activistpost (at) gmail.com.