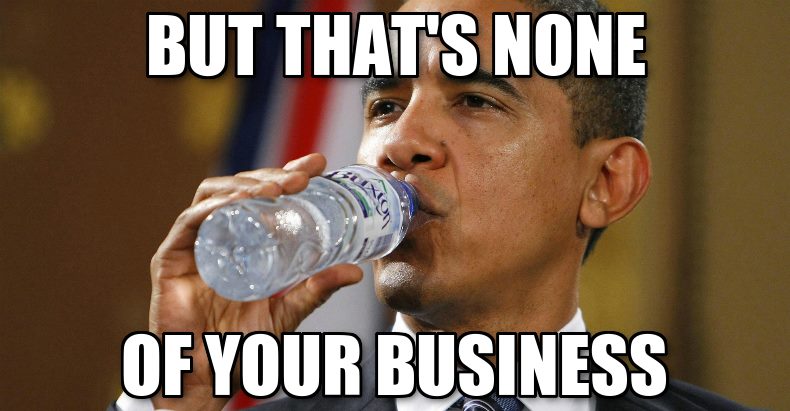 In the wake of the mass shooting in an Orlando, Florida, nightclub over the weekend, politicians opportunistically pushed for excessively strict gun control legislation — but didn’t hesitate for a second to clear another hurdle to pass the next $602 billion defense spending bill.

Essentially, government guns aimed at the government’s enemies — which all-too often also kill civilians — are perfectly acceptable; but your constitutionally-protected right to own your own guns, not so much.

Though the Senate vote to pass the National Defense Authorization Act might amount to an exercise in futility — due to veto threats from Pres. Obama over the inclusion of a ban on shuttering Guantanamo Bay — its symbolic passage nonetheless bears testament to astonishing governmental hypocrisy.

Nowhere is said hypocrisy more apparent than in the shared call from both Donald Trump and Hillary Clinton to bomb the hell out of ISIS in response to the Orlando massacre — despite the shooter’s flimsy-at-best ties to the terrorist group.

“For now, we can say for certain that we need to redouble our efforts to defend our country from threats at home and abroad,” Clinton contended. “That means defeating international terror groups, working with allies and partners to go after them wherever they are, countering their attempts to recruit people here and everywhere, and hardening our defenses at home.”

As the adage goes, the government kills people who kill people because killing people is wrong. This cycle clearly won’t be changing anytime soon — nor will it ever change a thing.

Trump, in an interview with Fox & Friends, similarly intoned, “We have generals that feel we can win this thing so fast and so strong, but we have to be furious for a short period of time, and we’re not doing it!”

Ramping up duplicitous rhetoric even further, Clinton fumbled to explain away the high number of civilians killed by the contentious U.S. drone warfare program as incidental to the necessity of its existence.

“This is a complex issue that we have to understand in a comprehensive way,” Clinton facetiously understated. “There is no doubt that, as the president said … the United States and our allies have taken thousands of terrorists off the battlefield across the world. Many different tools have been used to accomplish that. Many lives have been saved because of that policy … We will use every single tool at our disposal.”

And now, as the NDAA makes its way through Congress, it appears the U.S. military will have a hefty budget with which to buy such tools. Like guns.

But on the issue of gun control in the U.S., Clinton heralded the need to place tighter restrictions on Americans’ ability to purchase firearms and the type of weapons available — as well as the type of American permitted to make such a purchase.

Both Trump and Hillary agreed, if perhaps by default, that anyone placed on the secretive and highly controversial Terror Watchlist should be stripped of their Second Amendment right to own firearms. Due process be damned.

“Welcome to the cause,” Clinton snidely told Trump on his new stance concerning watchlist restrictions. “This is something I’ve been talking about for a long time. Look, the NRA and the other gun lobby members should be moving rapidly to work with Congress on this legislation. I know members of Congress, hopefully on both sides of the aisle, are beginning to look to see if they can pass this. And I fully support it.”

Of course, denying Americans the right to purchase a firearm because they’ve somehow landed on the terror watchlist has alarmed gun rights and liberty advocates and others for one obvious reason: the overly broad nature of the list means an untold number of people are unjustifiably branded with a black mark.

Worse, the NDAA still includes language granting the U.S. government the right to indefinitely detain American citizens — anywhere in the world — without counsel, trial, or the mandate to inform them why they’ve landed in what amounts to the Injustice System’s black hole.

So, to draw a conclusion from this absurd governmental moralized, hypocritical dog and pony show, politicians will blame the most conveniently broad enemy after a national tragedy — and up the ante by speaking from both sides of their collective mouths to justify killing more people after people were just killed.

Oh, and don’t forget — the tax dollars the government thieves from your paycheck will pay for this killing, to the tune of $602 billion.

However, if you want to kill people with a firearm who are trying to kill you in, say, a robbery, you’d be out of luck thanks to the same political hypocrisy that’s become all-too-familiar in mid-2016.