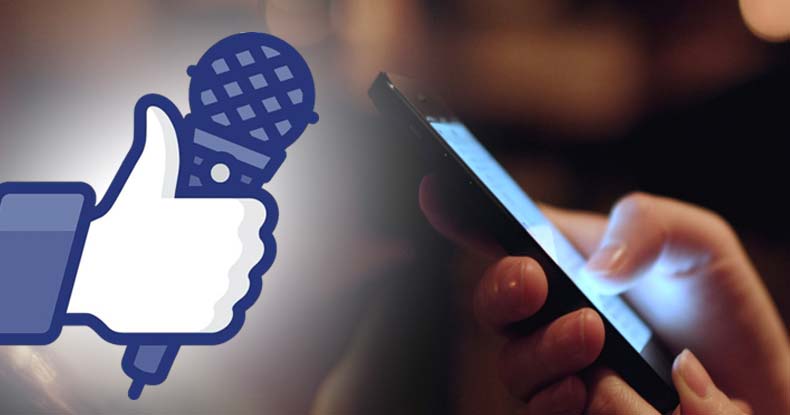 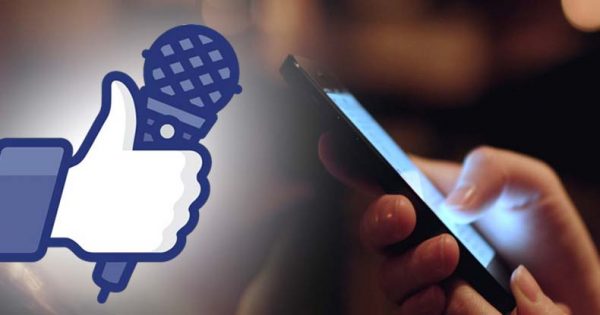 Recently, an expert has come out to claim that Facebook may be listening in on your conversations. Kelli Burns, a mass communication professor at the University of South Florida, believes the app might be using people’s microphones to gather data on the content of people’s conversations.

Facebook admits that the app is capable of listening to what’s happening around it — but claims the feature simply identifies what people are listening to or watching as means of conveniently posting about it.

Currently, the feature is only available in the U.S. and has been available for a couple of years according to Facebook, although recent warnings from Burns have drawn renewed interest.

According to a report in The Independent:

Professor Burns has said that the tool appears to be using the audio it gathers not simply to help out users, but might be doing so to listen in to discussions and serve them with relevant advertising. She says that to test the feature, she discussed certain topics around the phone and then found that the site appeared to show relevant ads.

Though Professor Burns said she was not convinced that Facebook is listening in on conversations – it may have been that she was searching for the same things that she chose to discuss around the phone – but she said that it wouldn’t be a surprising move from the site.

The claim chimes with anecdotal reports online that the site appears to show ads for things that people have mentioned in passing.

Facebook admits that their app can listen to audio and collects audio information from users – but that the two aren’t combined, and that no audio data is stored or correlated with advertising.

“Facebook does not use microphone audio to inform advertising or News Feed stories in any way. Businesses are able to serve relevant ads based on people’s interests and other demographic information, but not through audio collection,” said Facebook in a recent blog post. “We only access your microphone if you have given our app permission and if you are actively using a specific feature that requires audio. This might include recording a video or using an optional feature we introduced two years ago to include music or other audio in your status updates.”

According to a report in Forbes:

Additionally, police in Belgium have warned citizens to not use Facebook’s recently added Reactions feature if they are concerned about safeguarding their personal privacy.

Whether Facebook is actually listening is debatable, but the ability to listen certainly exists given the fact that each person with the mobile app has already given the company permission to access their phone’s microphone. Thankfully, there is an easy solution for those that don’t trust the social media giant with access to their microphone.

One simple way is to uninstall the app altogether and simply access Facebook from the mobile site itself, thus never having to give any permissions to access your data or microphone.

Another fix is to turn off the microphone in the phone’s settings, which is relatively easy to do. Since this is done at the operating system level, doing so will mean that Facebook loses the ability to access your microphone completely.

On an iPhone this can be done by entering the app’s settings, going to privacy and then switching the slider for the microphone to the off position; on an Android phone, go to settings and then privacy, App permissions, Microphone, and from there you can change the permissions that the Facebook app is given. While Facebook claims that they may not be actively listening to your conversations, the idea that you have given permission for the company to access your microphone and text message data simply by downloading and installing the app is certainly disconcerting for those completely unaware that they have given such privacy-shattering permissions to Facebook.