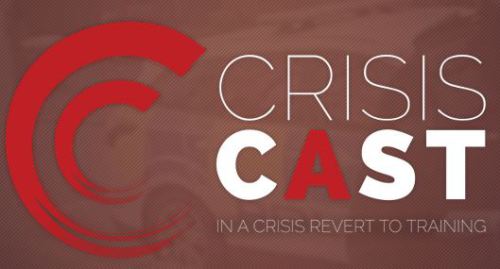 It was the 2012 Sandy Hook hoax that first alerted Americans to a curious phenomenon called crisis actors — actors who role-play as victims, perpetrators, and first responders in simulations and drills of crisis situations such as natural or man made disasters, including school and other mass shootings. There are even amputee crisis actors! See:

At the time of Sandy Hook, there was a government-created crisis actor provider in Colorado called Visionbox, which described itself as “a project of the Colorado Nonprofit Development Center” and “of the Colorado Safety Task Force established by Colorado State Senator Steve King.”

In a “Feature Story” that had since been deleted from the web, Visionbox described what its crisis actors do:

The actors’ stage acting experience, ranging from Shakespeare to contemporary American theater, enables them to “stay in character” throughout an exercise, and improvise scenes of extreme stress while strictly following official exercise scenarios. […]

For more on Visionbox, see my post of January 1, 2013, “Professional crisis actors simulate mass casualty events”. and Memory Hole Blog‘s “Where Have All the Crisis Actors Gone?“.

We now know that at least three individuals involved in the Orlando gay club shooting on June 12, 2016, have professional acting credits. They are:

Now we can tie an outfit that supplies crisis actors to the shooting.

It is CrisisCast, a British provider of, in its words, “Award winning role play actors and film makers specially trained in disaster and crisis management.”

This is how CrisisCast describes itself:

CrisisCast boasts that “We act for a wide range of clients, from private individuals to multi-national organisations, and everything in between,” and assures its clients and potential clients that since “Some of the work we do is sensitive,” clients can depend on secrecy as “We believe in loyalty and we understand the need for confidentiality.”

CrisisCast then provides a partial list of its illustrious clients: “Here are a few of the clients we have been privileged to work with recently”.

No. 10 on that list of 20 CrisisCast clients is G4S, the security company that had employed Omar Mateen from September 2007 until his death, presumably by police, at Pulse nightclub in Orlando, FL, on the morning of June 12, 2016.

G4S Security Solutions USA claims to be the world’s leading security contractor with operations in more than 100 countries and very lucrative contracts with the U.S. federal government, including DHS. (See “Orlando terrorist-killer Omar Mateen worked for a security firm with DHS contract to identify suspected terrorists“)

Below is a screenshot I took of CrisisCast’s client webpage. Please note the time and date in the lower right corner (5:54 AM, June 18, 2016) when I took the screenshot, in case CrisisCast scrubs G4S from its client list. I painted the red arrows pointing to G4S and the time & date.