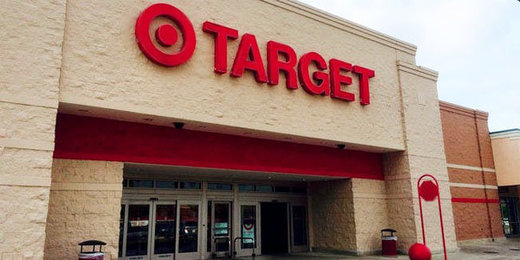 Retail giant Target has been in the news a lot lately following their transgender bathroom policy and the many crimes occurring in its stores. However, now, it appears the retail outlet is face a wave of men who are snooping on young teen girls and videoing them as they are changing due to the policies of the store allowing men in women’s changing rooms.

WDAY reports on one instance in Fargo, North Dakota:

A 16-year-old girl said she was peeped on with a cellphone camera while in a dressing room at the Bismarck Target on Tuesday evening.

The girl told a manager that a man placed a phone under her dressing room door with the camera face up, Bismarck Police said. When she walked out, the man entered a different dressing room.

A peeping tom was seen looking at a minor female undressing over the dividing wall in a unisex dressing room of a Target store located at 36 Furlong Dr. in Revere, Massachusetts around 2 p.m. Sunday afternoon.

The suspect is identified as a white male in his late 30s, with brown hair. He was seen wearing a white colored shirt, and he exited the parking lot in what is believed to be a four door Toyota Prius.

The victim is 17 years old.

Police are also looking for a man who was also seen in video surveillance.

In May, at a Target store in Frisco, Texas, Charles Sidney McKissack III, was apprehended by police after allegedly using his cell phone to video an underage girl in the women’s dressing room.

over the wall of a female changing room and shot video of the girl,” reported Fox 4.

In April, 33-year-old Joshua Sheldon pled guilty to voyeurism charges in Miami Township, Ohio because he looked under a women’s dressing room door at a Target store.

Target’s stock has been plunging since a boycott gained steam against them for their transgender bathroom policy. There are dozens of stories that have surfaced since the policy became public that demonstrate that perverts are attempting to have access to America’s women and children in Target stores.

However, lest you think you are safe going to a competitor like Wal-Mart, the corporate giant’s own bathroom policies are being questioned in light of its transgender policies.

Democrats Will Own A Government Shutdown
September 27th, 2021 The Lid

China Cracks Down On Children’s Cartoons In Latest Display Of Censorship
September 27th, 2021 The Political Cowboy