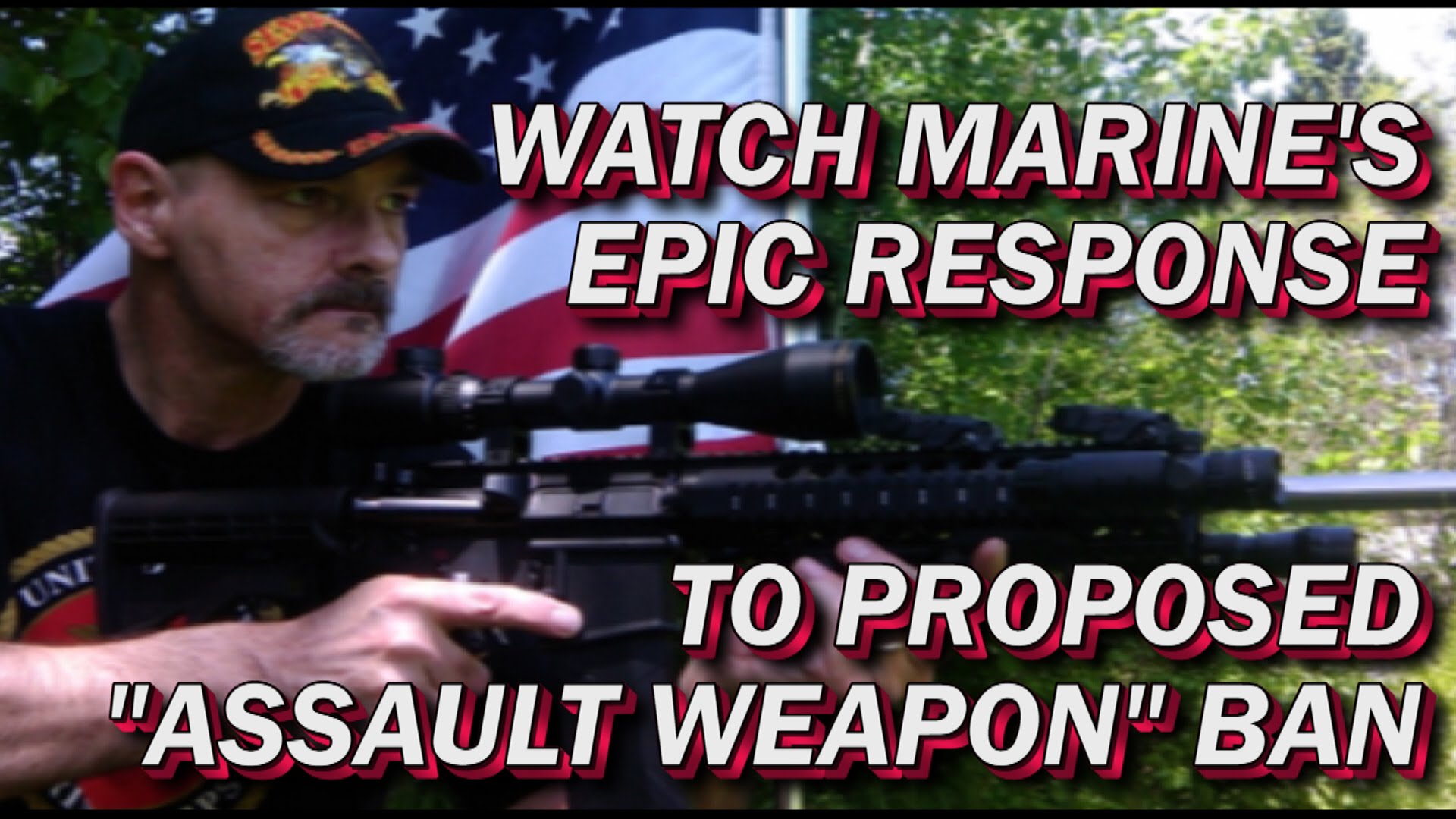 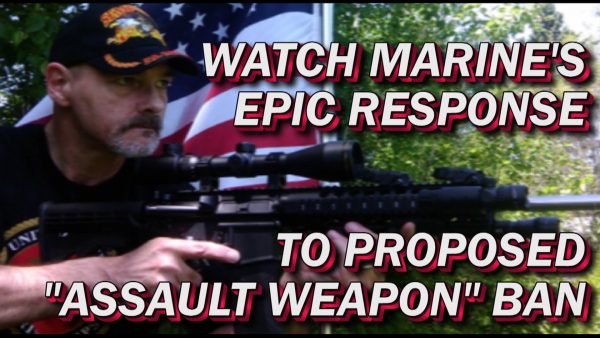 After the ISIS-inspired Islamic terrorist attack on the Pulse nightclub in Orlando which maimed 53 people and snuffed out the lives of 49 others, the topic of gun control is once again front and center on the national stage.

What is different this time is that some conservative pundits and legislators are joining with the anti-gun Left to call for restrictions on firearms, and they are doing so from a position of ignorance.

Fox News anchor Gretchen Carlson took to the air to ask the question, “Should ‘assault weapons’ be banned?” Let’s watch A US Marine’s EPIC response.

First off Ms. Carlson, the weapon used by the Islamic terrorist was NOT an AR-15. This is the weapon used by the assailant, it is called a Sig Sauer MCX carbine, a modular, multi-caliber rifle system that can be customized to fire a variety of different caliber rounds, including 5.56 NATO, 300 BLK, and 7.62×39. The ONLY thing that weapon has in common with an AR-15, other than the fact that it is black, is that it accepts standard magazines which are common to scores of different firearms.

I’d like to point out that the gun-control legislation currently before Congress specifically exempts this weapon, a Mini-14 named after my late wife DeLynn, from further restrictions, yet would ban the sale of weapons like this AR-15, which I named in honor of my late daughter Ashley.

By every scientific and practical measure these weapons are identical in function, the only differences are cosmetic, and anyone who says any different is either ignorant of the subject matter, a Left-wing gun-grabber, or a special kind of stupid.

The Mini-14 weighs in at six pounds six ounces without ammunition, the AR-15 weighs one pound one ounce, less. That is because instead of the wooden stock on the Mini-14, the AR-15 uses composite plastic barrel guards that allow the easy installation of accessories.

This flashlight does not make the weapon any deadlier, but it did come in handy as I left the woods each night last hunting season.

Most importantly, the black color does not make the weapon any deadlier, and if anyone thinks it does then they might be racist (or just really, really dumb.) #BlackGunsMatter!

The reason that Florida has a three day waiting period for hand guns is because handguns are used in a majority of firearm homicides. It’s called a “cooling-off period,” and it is designed to allow those who get so angry at another person that they think that buying a gun and taking a life would be a good idea time to think about that decision. The reason there is no waiting period to buy a rifle is that less than 1% of firearm homicides are committed with a rifle of any kind.

The latest FBI statistics reveal that of the 8,124 gun murders committed in 2014, only 248 were committed with rifles, and so-called “assault rifles” comprised only a sub-set of that number. In 2014, an American citizen was twice as likely to be beaten to death with an assailant’s bare hands, and more than 5 times as likely to be stabbed to death, than they were to be killed by an AR-15.

In fact, if one were discount gun homicides in the cities of Chicago, Detroit, New Orleans, Philadelphia, and Washington D.C., where Democrats and drug gangs overwhelmingly use handguns to turn the streets of those cities into battlegrounds bloodier than any in Afghanistan, the United States would be the 4th Safest Country on the Planet. If we really want to decrease gun violence we should ban Democrats!

Congress said “No.” because the Assault Weapons Ban signed into law by Bill Clinton is widely recognized to have been an utter waste of time and energy, having negligible impact on real life gun violence at all. Clinton even blamed passage of the ban on the subsequent trouncing received by Democrats in the polls. Just ask the New York Times how successful the Clinton Assault Weapons Ban was the last time.

Yes, we do need the lightweight, accurate, AR-15 to hunt deer and protect our families; but as Judge Andrew Napolitano has stated many times on FOX, the 2nd Amendment isn’t about hunting, nor even personal protection.

The 2nd Amendment was added to the Constitution to give “We the People” the ability to overthrow a tyrannical government should that dark day ever come, and to listen to the ACLU that day has already come.

You can click this link to hear ACLU attorney NateWessler call Barack Obama, “Judge, jury, and executioner,” characteristics described by Founding Father James Madison as “the very definition of tyranny” in Federalist Paper #43.

I’m so happy that you agree I have a Natural Right to life Ms. Carlson. You know, I was right here in this very store a few weeks ago when the little old lady behind me tapped me on the shoulder, pointed to my weapon, and said, “That’s cool. I wish more people would carry guns.” “No ma’am,” I replied, “it’s not cool; but in today’s world it is absolutely necessary. You could not possibly be safer than you are right this moment.”

She liked that. So I will continue to carry my weapon every single day – 24/7/365 – in order to preserve my life and the lives of the innocents around me.

I have to, because as a Conservative Christian publisher, I get death threats all of the time; but the FBI won’t do a thing about it. One man who offered a reward for my death and the deaths of my family members, in addition to explicitly threatening the lives of federal agents, is still actively posting. So I assume responsibility for my own safety, and the safety of those I love.

Ms. Carlson, before the Pulse nightclub massacre, the highest mass shooting body count was racked up by the Virginia Tech shooter who killed 32 and injured 17 with a Glock 19 and a Walther P22, both popular and easily available handguns.