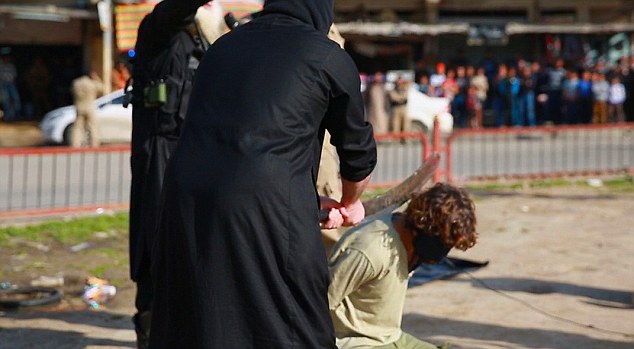 The Orlando nightclub massacre is throwing fresh spotlight on comments made by so-called “moderate” Muslims about homosexuality, including a “role model” to young Muslims around the world who said that the easiest way to deal with gays was to chop off their heads.

According to the Muslim Group of USA and Canada, Imam Hamza Sodagar, “Is deemed a role model by young Muslims all around the world,” having studied Islamic issues for 14 years and spoken at innumerable events globally.

“If there’s homosexual men, the punishment is one of five things,” states Sodagar in the video clip.

“One – the easiest one maybe – chop their head off, that’s the easiest.”

“Second – burn them to death.”

“Fourth – tear down a wall on them so they die under that.”

“Fifth – a combination of the above,” concludes Sodagar, citing the Hadiths as his source.

“This is something that’s there,” he emphasizes.

Despite the shocking nature of his comments, Sodagar was subsequently invited to Sweden to preach to Muslim youths about “Islamic jurisprudence” and “Islamic philosophy”.

Meanwhile, another “moderate” Muslim also made bizarre comments in the aftermath of the Pulse nightclub shooting, with Islamic Professor Ahmad Nofal of the University of Jordan asserting that “[homosexuality] is controlled and imposed upon the world by global Zionism, Allah’s number one enemy on Earth.”

Nofal went on to stereotypically deny that gunman Omar Mateen’s actions had anything to do with Islam, despite the fact that the shooter pledged allegiance to ISIS and repeatedly said that he carried out the massacre in the name of God.

As I also highlight in the video below, the belief that homosexuality should be punishable by death is a belief held by many Muslims who would describe themselves as “moderate”.