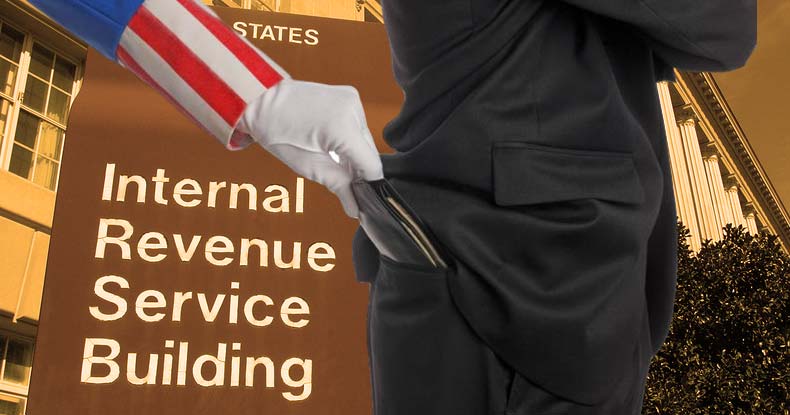 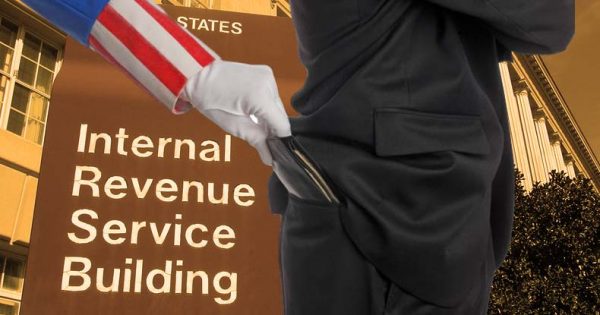 It’s the stuff of libertarian dreams. The IRS admits that it wrongfully took money from innocent citizens, and it gives the money back.

This is actually happening to victims of a little-known form of civil asset forfeiture carried out by the IRS on the premise of “structuring” violations. In case you didn’t know, depositing or withdrawing just under $10,000 from your bank account multiple times is viewed as suspicious and possibly criminal activity.

“In a victory for lawmakers working to make it harder for the government to take property from innocent Americans, the Internal Revenue Service plans to give people who have had money seized over the last six years the chance to petition to get their money back, The Daily Signal has learned.

According to a GOP source, the IRS told the House Ways and Means Oversight Subcommittee that it will send letters to everyone the agency seized money from for alleged structuring violations, which involves making consistent cash transactions of just under $10,000 to avoid reporting requirements, starting in October 2009.”

One petition has already been granted, and others are likely to follow.

The IRS has seized entire bank accounts with no notice or due process, alleging the owners sought to avoid federal bank reporting requirements. The aforementioned pattern of banking is described as “intentionally structuring cash transactions,” and they call it a crime.

This nefarious provision of the Bank Secrecy Act is purportedly targeted at drug traffickers, money launderers and terrorists, but it has swept up hundreds of innocent people—including small business owners who lost everything because they deal wholly or partly in cash.

Carole Hinders, owner of a Mexican restaurant in Iowa that only accepted cash, had her entire bank account of $33,000 seized even though she did nothing wrong. The IRS seized $63,000 from Randy Sowers, a dairy farmer in Maryland, because he was depositing under $10,000 into his bank account.

Ken Quran, the owner of a convenience store in North Carolina, had his entire bank account of $150,000 seized after working nonstop for years to build it up. His crime? Withdrawing cash from his bank account in amounts under $10,000.

“But the truly shocking thing is what happened next. A group of government agents—both from the IRS and local police—came to Ken’s store with an agreement already written up, under which Ken would agree to forever forfeit the money to the federal government. The agents searched his store with dogs, barred the entrance to keep out customers, and then demanded that he sign the paper. Ken initially refused, explaining that he did not read English well and did not want to sign an agreement he could not understand. Then, under compulsion—after one of the local police yelled and demanded that he sign, and after one of the IRS agents made clear that, otherwise, their next stop would be to talk to Ken’s wife to pressure her—Ken agreed to sign.”

Between 2007 and 2013, the IRS seized $43 million in over 600 cases where only “structuring” violations were committed, according to the Institute for Justice (IJ). The IRS abandoned this policy in 2014 after IJ put heavy pressure on the agency through lawsuits and media exposure.

But the noble public interest law firm was not done. IJ pioneered a legal mechanism, called petitions for remission, to fight for the return of seized assets from closed cases involving only structural violations.

And, amazingly, it worked. IJ filed a petition to the IRS on behalf of Ken Quran, and the agency actually gave Quran all of his money back.

This is a startling admission of wrongdoing by the feared federal agency, and a rare win for liberty.

After an investigation by the House Ways and Means Oversight Subcommittee, the IRS has been forced to invite 700 other property owners with closed cases to petition for their money back. However, IRS said it has identified only 75 cases where money was wrongfully seized. The true number will be known after everyone goes through the process.

In a further rebuke to the agency, members of the Oversight Subcommittee have introduced a bill “that prohibits the IRS from seizing money from people who commit structuring violations unless the agency proves the money was tied to a crime.”

These brazen acts by the IRS are only a small part of the enormous network of thievery called civil asset forfeiture that is cast upon the populace by every level of law enforcement. It has nothing to do with protecting and serving, and everything to do with policing for profit.

Countless innocent people across the country have had cash, assets and life savings stolen by local police departments, DEA and other agencies. Nothing but a fabricated suspicion of a crime is needed for this to happen, and the struggle to get one’s assets back is often not worth the effort and legal fees.

Fortunately, this too is being fought by IJ and others who realize the sheer injustice of it all.

New Mexico became the first state to require a criminal conviction for asset forfeiture, effectively abolishing civil asset forfeiture, and other states are following suit. At the federal level, attention must be focused on the Equitable Sharing Program which allows local police departments to skirt state laws by sharing the loot with the feds.

Resistance is not futile. When the ugly truth of civil asset forfeiture is exposed, it can be stopped.