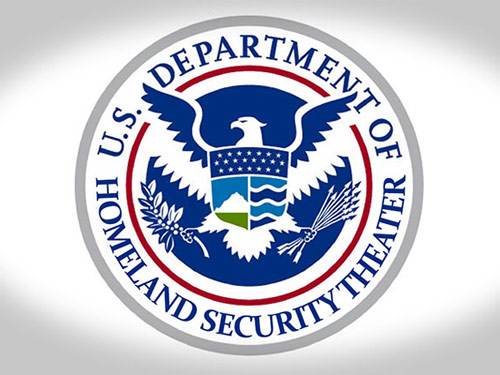 Most people assume that if any organization is capable of being entirely free of terrorists, it would be the Department of Homeland Security. After all, that department’s main objective is ostensibly to stop terrorists. However, those people would be terribly wrong.

Three days before the Orlando night club shooting, an employee with the Office of Intelligence and Analysis named Jonathan Wienke, walked into the DHS headquarters in Washington DC. There he was caught carrying a .22 revolver, handcuffs, two hand-held radios, pepper spray, a knife, and an infrared camera.

What has been revealed, is that Wienke is currently on administrative leave and under investigation. Court documents have shown that federal authorities have probable cause to believe that Wienke “was conspiring with another to commit workplace violence, and more particularly may have been conspiring or planning to commit violence against senior DHS officials in the building.”

Say, is Jonathan Wienke among the 72 Homeland Security employees that are on the terror watch list?