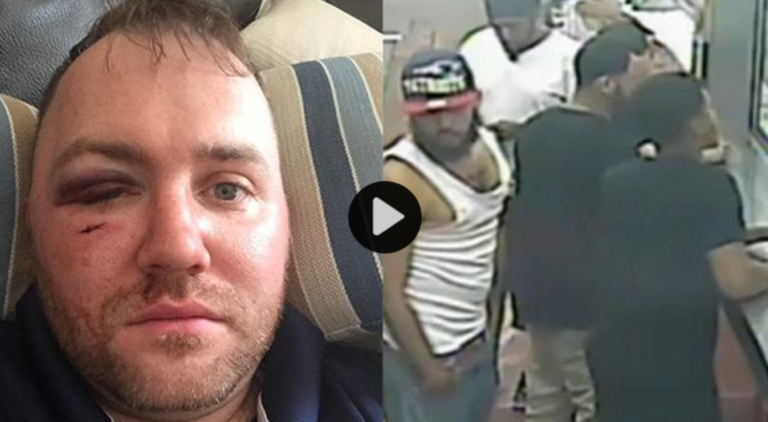 The Obama administration denies the jihad threat. Worse, he exhorts the ideology behind this holy war. So if you’re a devout Muslim waging war in the cause of Allah, you get a get-out-of-jail-free card.

This is just madness. And it’s getting worse. Much worse.

This is Philly, where devout Muslims open fire and kill cops.

This is Philly, where I had to sue to get my ads up that were designed to increase awareness of the jihad threat. I won, of course, but soon afterward the city of Philadelphia banned political ads (the “Geller effect”).

The police released CCTV video of the Muslims — police edited the attack from the video clip because it was  “too graphic” to release to the public. The public needs to see it, but once again law enforcement scrubs and protects Islam. Just like Orlando.

Check out their religious beards.

‘Don’t mess with us, we belong to ISIS’ By Cheryl Chumley, WND, June 22, 2016: 5 men viciously assault restaurant patrons in Philly

Police in Philadelphia are scouring the area for five men caught on video at a local Geno’s Steaks assaulting two couples then fleeing in their pickup truck and SUV – but not before a witness allegedly heard them scream their allegiance to ISIS.

The assault, captured on a surveillance video that was described by police as “too graphic” to release to the public, occurred June 11. But investigators are still seeking the whereabouts of the suspects, along with the identity and location of a woman described by witnesses as a getaway driver, Philly.com reported.

One of the victims, Patrick Kane, described the assault as horrific.