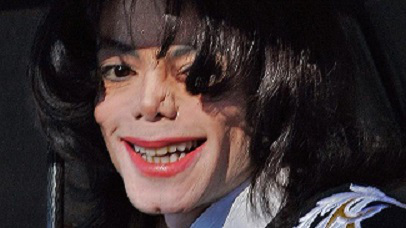 The late pop singer Michael Jackson repeatedly denied sexually molesting boys. In 2003, after a young boy named Gavin Arvizo came forward, Jackson was charged with seven felony counts of child molestation and two felony counts of seducing by providing alcohol to a minor under the age of 14. Jackson faced up to 20 years in prison. Despite a mountain of evidence, in June 2005 a jury acquitted Jackson of all charges. Jackson eventually paid out nearly $200 million in hush money to as many as 20 sexual assault victims, lawyers said.

Nearly 7 years after Jackson’s death from an overdose of the powerful anesthetic Propofol, RadarOnline has obtained never-before-seen reports from the Santa Barbara County Sheriff’s Department which show the depths of Jackson’s depravity and strongly suggest he not only was a pedophile, he had reveled in sadism.

RadarOnline reports, June 20, 2016, that the reports detail what sheriff’s deputies found in November 2003 when, armed with search warrants, they raided Jackson’s Neverland Ranch in Los Olivos, Calif., as part of a continuing child sex abuse investigation.

Below is a screenshot I took of an image in page 6 of the report:

At the time, then District Attorney Tom Sneddon and his team wrote in their charges against Jackson: “The materials described … are relevant to the issues of the defendant’s intent and his method of ‘grooming’ young boys to satisfy his lewd desires.”

A private investigator with direct knowledge of the raids said: “The detectives’ report cites Michael even used sexy photos of his own nephews, who were in the band 3T, in their underwear to excite young boys.”

An investigator in the case told Radar, “The documents collected by the Santa Barbara County Sheriff’s Department paint a dark and frightening picture of Jackson. The documents exposed Jackson as a manipulative, drug-and-sex-crazed predator who used blood, gore, sexually explicit images of animal sacrifice and perverse adult sex acts to bend children to his will. He also had disgusting and downright shocking images of child torture, adult and child nudity, female bondage and sadomasochism,” and transsexuals — “chicks with d–ks”.

In their report, authorities described photos of children bleeding, in pain and tormented, including:

The source added: “Michael Jackson had truly perverse sexual appetites, and the twisted photos tell a sadistic side of him that nobody really knew.”

Former Santa Barbara Senior Assistant District Attorney Ron Zonen, who helped prosecute Michael, told Radar: “A lot of this stuff was used to desensitize the children, and Michael admitted taking one child after another into bed with him for long periods of time. We identified five different boys, who all made allegations of sexual abuse. There’s not much question in my mind that Michael was guilty of child molestation.”

Since his death at age 50 on June 25, 2009, Jackson’s estate has raked in over $2 billion — and the sick material uncovered in his house of horrors could come back to haunt his heirs if other sexual assault victims come forward.