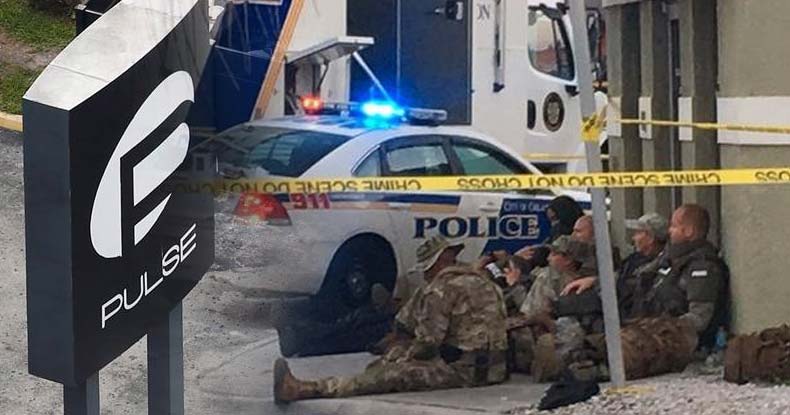 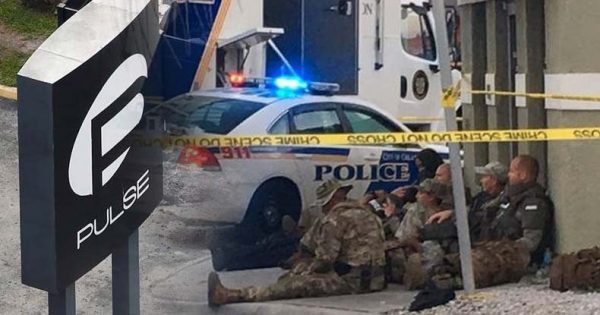 According to Cornwell, he was one of the first seven officers on the scene. After hearing reports of shots fired, Cornwell was at the nightclub only 38 seconds later.

Within only two minutes, Cornwell and approximately six other officers had broken a large window and entered the club.

“There happens to be an OPD lieutenant commander who was there, and he says we’ve got to go in,” said Cornwell. “No one disagreed. One of the officers busted out one of those side windows” — it was approximately 10 feet tall — “and we just went in and went from there.”

Cornwell said Mateen was nowhere to be seen. The club was dim — lit with a disco ball and colored lights — and quiet except for the sound of the shooter’s gunfire, screams, and cries for help, Cornwell said as reported by MSN.

At that point, he said, “we took up a tactical position by the bar standpoint in the middle of the club.”

“He was actively shooting,” he said. “I can’t say if he was targeting us. But he was still shooting in that location where he was at. There were bullet holes in the wall, so he had shot through the wall. But I couldn’t tell you if he was shooting at us.”

Cornwell recalled getting orders not to pursue the shooter, hold their position and wait for SWAT. It would take SWAT a long time to respond.

Cornwell explained that he and the other officers obeyed the orders not to stop Mateen, and they held their position for “15 or 20 minutes — could’ve been longer” until the SWAT team arrived.

Cornwall described hearing gunshots and screams for help as they sat there — waiting for SWAT.

When asked if he felt the urge to disobey the order to stand down and try to stop Mateen, Cornwell said he had to follow orders. “I couldn’t tell you. I was following lieutenant’s command,” he said.

“We got word from higher up, and it was communicated to the OPD lieutenant that we needed to withdraw,” he said. “So we came back outside. And waited for SWAT. SWAT arrived. SWAT handled everything from there.”

According to MSN, Cornwell and his fellow officers’ early standoff with the shooter — the second of three encounters between law enforcement and Mateen over more than three hours Sunday morning — is being scrutinized by the Florida Department of Law Enforcement’s Public Integrity Squad along with the other police encounters with the shooter. None of the officers involved have spoken publicly.

A former cop and expert on active-shooter response told Politico that protocol developed after the shootings at Columbine High School in 1999 dictates that once two or more cops are on the scene, they should go after the shooter.

“After the 1999 Columbine High School massacre, law enforcement realized active shooters have to be stopped quickly, not bargained with or given time. That realization gave rise to what’s called the Active Shooter response protocol, which basically says that once two police officers are on scene at an active shooting, they should go get the shooter,” Chris Grollneck told the news site.

The information released thus far into police response in Orlando will lead to a jarring conclusion, Grollneck said.

“It will tell you the leadership of the Orlando Police Department failed the people inside the club,” he said.