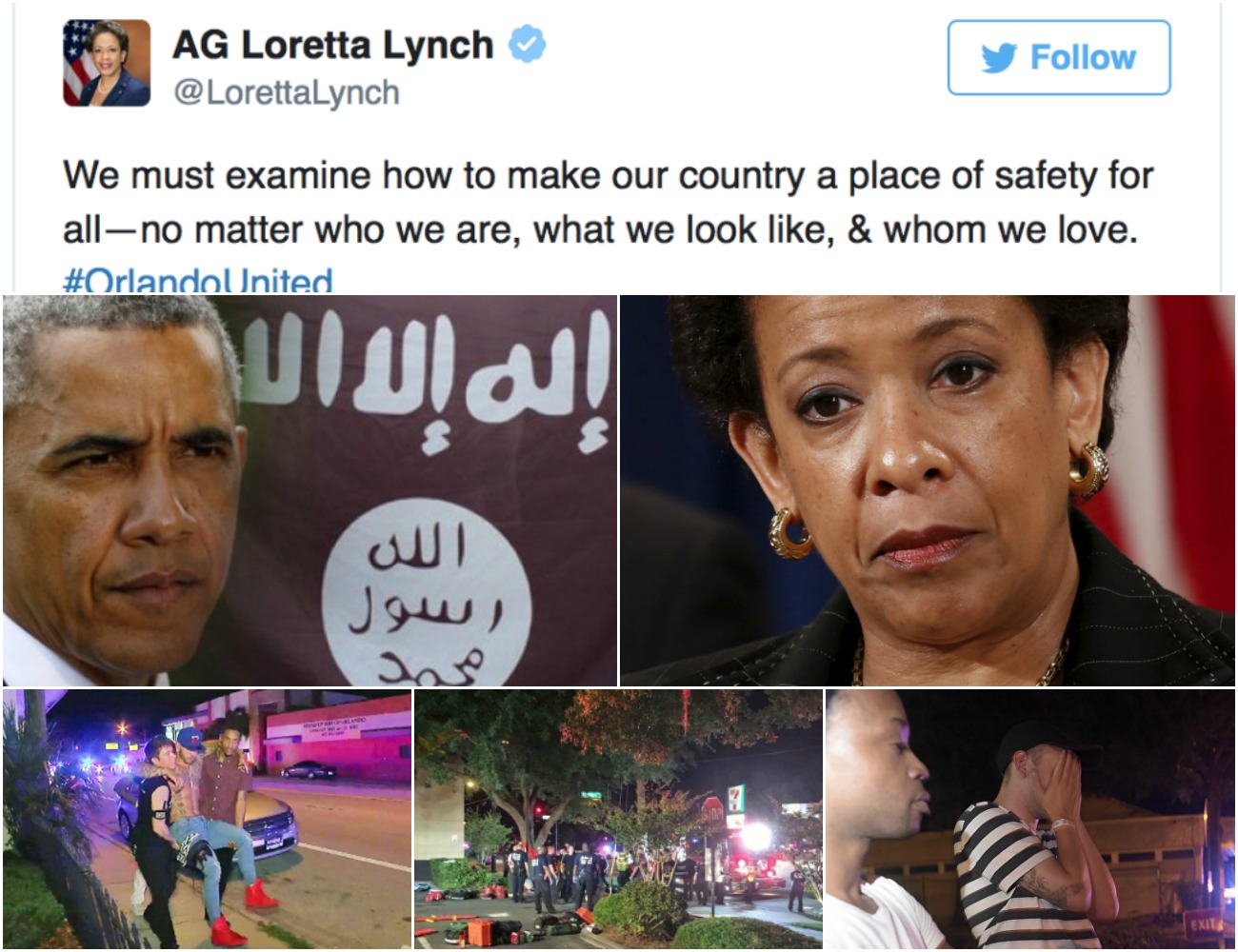 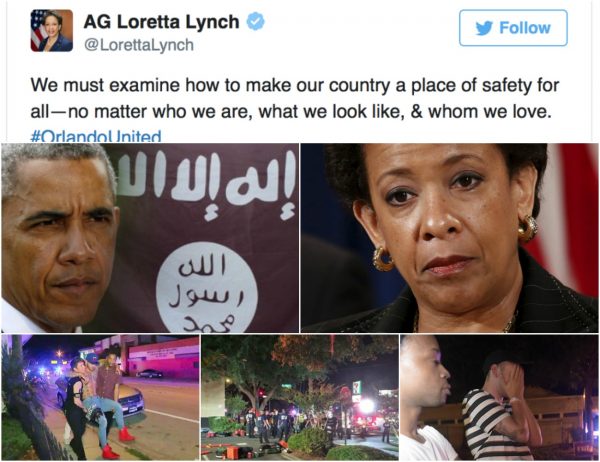 We are living under Islamic rule.

AG Lynch to Muslim community: You ‘are under our protection’ By Robert Spencer, June 23, 2016:

U.S. Attorney General Loretta Lynch says the Justice Department is determined to work with the Muslim community in America to identify self-radicalized jihadists before they can harm other Americans.

“It is very important for us to maintain our contacts within the Muslim community because often individuals, if they’re from that community and they’re being radicalized, their friends and families will see it first,” Lynch told CNN’s Dana Bash.

“They will see the activity first and we want that information to come to us,” she repeated….

This isn’t already happening? Why not?

In the aftermath of the Orlando shooting, which was carried out by a self-radicalized 29 year old, presumptive Republican presidential nominee Donald Trump suggested the local Muslim community did not do its part in notifying law enforcement authorities to monitor Omar Mateen.

“You will find that many people that knew him felt that he was a whack job,” Trump told CNN last week. “People that knew him, the ex-wife, other people. They don’t report them. For some reason the Muslim community does not report people like this.”

Lynch countered Trump on Sunday, claiming Muslim communities “are targeted as well [and] they are often swept up in this.”

“So we want to make sure that every community in the United States knows that they are under our protection,” she said.