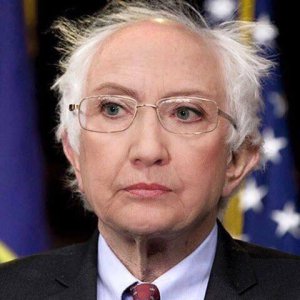 Much of the appeal of both Bernie Sanders and Donald Trump is their anti-establishment personas and messages.

So it’s not surprising that a June 14th Bloomberg Politics national poll of likely voters in November’s election found that, if Hillary Clinton were the Democrat nominee, only 55% of Bernie supporters plan to vote for her, while 22% say they’ll vote for Trump, and 18% favor Libertarian Gary Johnson.

43-year-old Texan homemaker Laura Armes plans to vote for Trump. She said, “I’m a registered Democrat, but I cannot bring myself to vote for another establishment politician like Hillary. I don’t agree with a lot of what Trump says. But he won’t owe anybody. What you see is what you get.”

Conversations with two dozen Sanders supporters revealed a lingering distrust of Clinton as too establishment-friendly, hawkish or untrustworthy. As some Sanders fans see it, the primary was not a simple preference for purity over pragmatism, but a moral choice between an honest figure and someone whom they consider fundamentally corrupted by the ways of Washington. In fact, Sanders has fed these perceptions throughout his campaign.

But good ol’ Bernie just pulled the rug out from under his supporters.

Friday morning (June 24, 2016), Bernie was asked on MSNBC’s Morning Joe whether he will vote for Clinton in November.

He said that stopping Donald Trump from becoming president must be an overarching goal: “I think the issue right here is I’m gonna do everything I can to defeat Donald Trump.”

In a later interview on CBS, Sanders declined to formally endorse Clinton because “I haven’t heard her say the things that need to be said,” but indicated nevertheless he “hopes” to before the convention.

In other words, Bernie will vote for a pathological liar, a criminal who violated U.S. laws by using a private unsecured email server, a Wall Street and Saudi whore (Saudi Arabia funds some 20% of Hillary’s campaign), and a heartless woman who abandoned four Americans to die in Benghazi, including two members of her own State Department staff.

In other words, all of Bernie’s anti-establishment rhetoric is just bovine excrement.