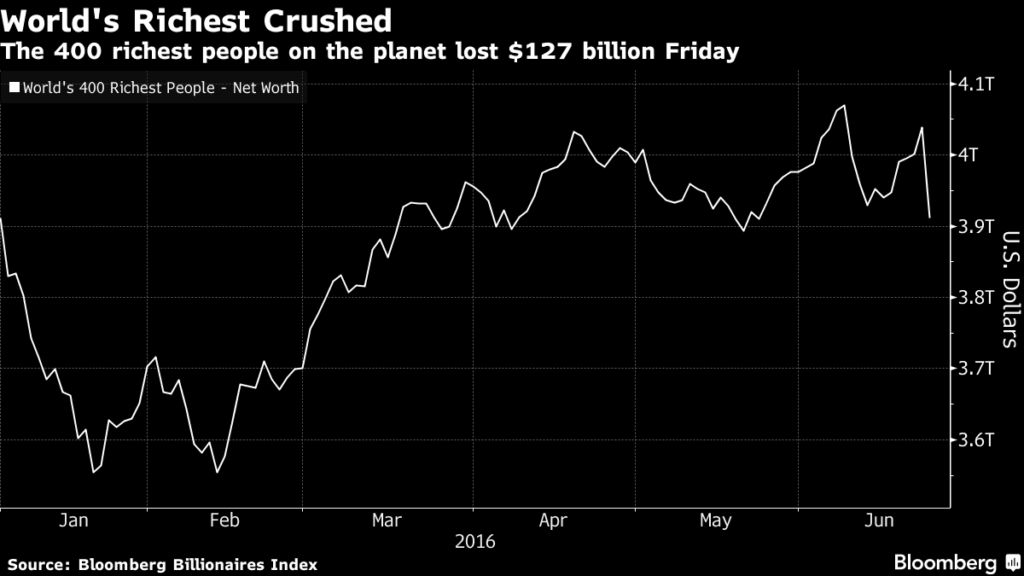 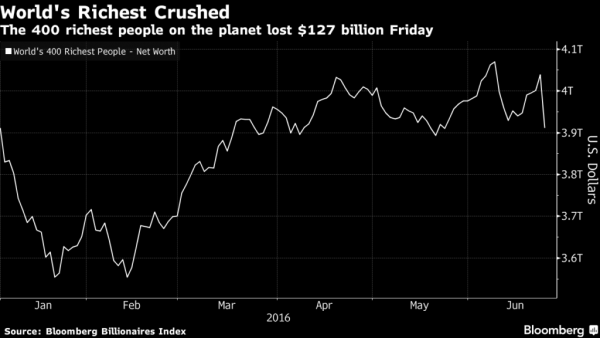 On Friday, the people of Great Britain made their voice heard. They no longer want to be a part of the European Union and for good reason. For decades they have sat back and watched the global elite enrich themselves through special trade agreements ostensibly designed to bolster the economy, but in reality grant special treatment to those close to the top.

George Soros exposed the dependence of the elite on the EU when he took to fear mongering about rampant financial collapse upon Brexit.

“The Brexit crash will make all of you poorer — be warned,” Soros penned in an op-ed for the Guardian on June 20. “My 60 years of experience tells me the pound will plummet, along with your living standards. The only winners will be the speculators […]

“A vote to leave could see the week end with a Black Friday, and serious consequences for ordinary people.”

‘Ordinary people,’ however, were not that hard hit by Britain’s independence.

According to reports, Brexit-caused losses of the world’s 400 richest people amounted to an eye- watering $USD127.4 billion in a single day, Bloomberg estimates.

What these numbers show is the elite’s dependence upon the centralization of power for their existence. Without the ability to fix interest rates, manipulate currencies, and grant special trade privileges, the crony capitalist monopoly model crumbles.

If you want to know who’s most dependent upon the centralization of power, you need only look at who suffered the most from Brexit.

The big investment banks were also hit hard with Goldman Sachs shares down 5.26%, and Morgan Stanley shares dropping 8.57% to $24.94.

Amancio Ortega, Europe’s richest person, hemorrhaged $6 billion. Many other mega rich individuals took a massive hit too, including Bill Gates and Amazon magnate Jeff Bezos, who lost over $1 billion each.

Surprisingly, some of the mega rich advocated for Brexit knowing that this would be a blow to their net worth. Those individuals like British co-founder of stockbroker Hargreaves Lansdown, Peter Hargreaves, lost $2.9 billion, but were happy about it.

Hargreaves actually lobbied for Brexit and was prepared for the losses.

As Ron Paul said on Friday, the people have nothing to fear over countries leaving the EU — only the banking cartels do.

“Other countries are watching….This is the beginning of the end of the European Union…and nobody is going to suffer from that. Only the wealthy, banking, special interests will suffer any from this,” said Paul.