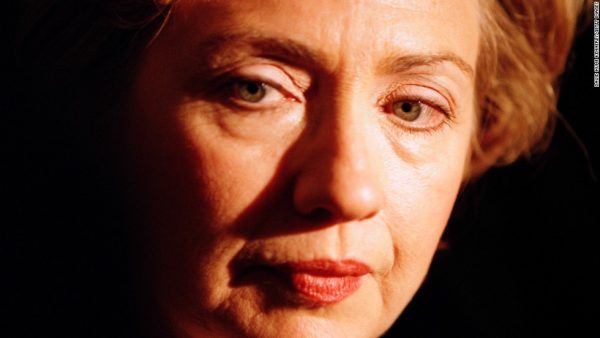 A Hillary Clinton Administration would essentially be the Obama Administration on steroids when it comes to lying, cheating, backdoor corruption, murder, support of radical Islam, treason, and the overall desire to institute a Nazi agenda in America. From her early days of being fired from the Watergate Committee in 1974, to her lying and unethical behavior over her latest Presidential campaign, which shows voter fraud, voter manipulation, and suppression of votes in almost every state since the beginning of the primaries. Hillary Clinton has managed to be the first woman running for President, not actually the first woman, since Victoria Woodhull ran for President in 1872, but the first time in US history, anyone has ever run for President who should be in prison instead.

Hillary and Obama are solely responsible for the deaths of the US Ambassador to Libya, Christopher Stevens, Information Officer Sean Smith, and two CIA operatives (Glen Doherty and Tyrone Woods) during the Benghazi attack in Libya on 9/11/2012.

Hillary and Obama knew ahead of time the attack was going to take place, did nothing to stop it or rescue endangered Americans, all due to the Obama Administration’s gun running effort in supplying arms to terrorist factions fighting the Assad government in Syria.

These same terrorist factions made up of several groups such as Al Qaeda and the Muslim Brotherhood have since blossomed into the terrorist group known today as ISIS. Since then, the Obama Administration has used the US military to train ISIS in Jordan in 2012.

The Obama Administration has also sent ISIS billions of dollars, sent billions in arms and equipment, dropped them supplies on the battlefield disguised as mistaken drops, supplied them with a fleet of Toyota trucks, and aids them in battle with the US military.

Since ISIS is a CIA-trained terrorist group, they were also supplied with US chemical weapons via Turkey in an attempt to use them in Syria and blame it on the Assad government so the US would have an excuse to bomb the Bashar Assad government. All this while Hillary Clinton was still Secretary of State, hand in hand with the Obama Administration.

Hillary Clinton continues her path of lies and deception in proclaiming herself as a beacon for women’s rights while accepting over 100 million dollars in campaign donations from Mid-East countries where women have no rights at all.

Hillary continues to promote allowing hundreds of thousands of so called Muslim refugees into the US, as well as welcoming millions more illegal aliens from Mexico and Central America. All this while knowing full well that, with the Administration’s pro homosexual agenda, these groups of differing cultures simply will not tolerate each other, resulting in mass civil unrest and killings.

Hillary Clinton is also the most scandal-ridden individual to ever run for the office of President, including her latest of being under FBI investigation for using a private e-mail host for classified intelligence and documents.

Hillary and Bill have had their medical records sealed in an attempt to hide major health problems both she and her husband have. Hillary can barely make it through speeches and interviews without having a major coughing fit and Bill shows every physical sign that he has AIDS.

Besides the Clintons being the most corrupt family in US political history, they are the most unhealthy people, as well. Hillary simply will not make it through 4 years as president without having to resign due to health issues.

The most embarrassing thing that is likely to happen to Hillary before the election is Bill’s announcement of being in the advanced stages of AIDS.

By Federal law, Hillary isn’t even eligible to run for President according to a recent State Department audit released 05/16/2015, stating that her and her team ignored clear guidance from the State Department that her private e-mail use in sensitive government matters broke Federal standards, which could leave sensitive materials vulnerable to hackers.

Tony Elliott is an established writer with articles in over 20 publications of differing topics. He was a Political Commentary Columnist for the Cimarron News Press in Cimarron, New Mexico from 2001 to 2003 generating the controversy he was hired for. He was also a regular writer for several small coastal newspapers in Southern Oregon during the early 1990’s. BOOKS: Aura Visions: The Origin Prophecy, Enviroclowns: The Climate Change Circus, Strange Sounds: A Research Report