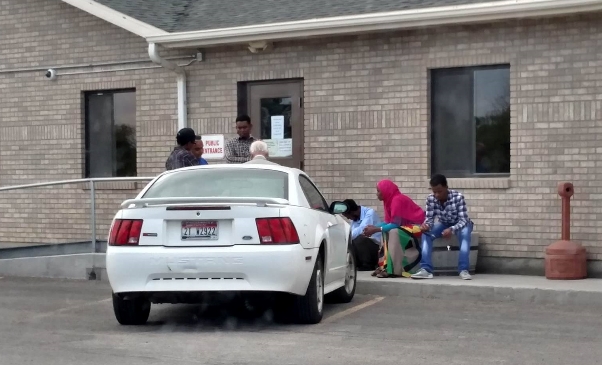 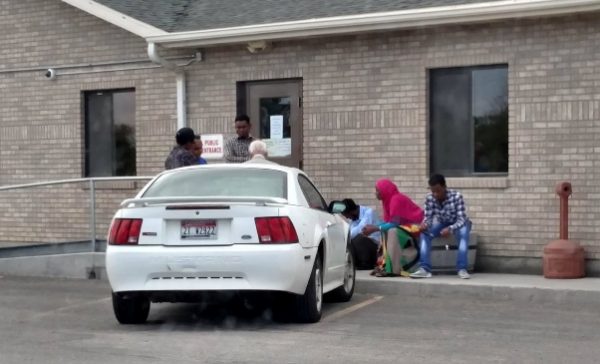 “The Obama-appointed U.S. attorney for Idaho has taken the highly unusual step of intervening in a local criminal case involving an alleged sexual assault by juvenile Muslim migrants and threatened the community and media with federal prosecution if they ‘spread false information or inflammatory statements about the perpetrators.’”

Have you ever heard of a federal prosecutor in any other sexual assault case threatening the public on behalf of the perpetrators? This only makes it clear that everything I said here is true: “Clearly there is a coverup going on, intended to keep Americans ignorant and complacent about the dangers of the migrant influx.”

The Obama-appointed U.S. attorney for Idaho has taken the highly unusual step of intervening in a local criminal case involving an alleged sexual assault by juvenile Muslim migrants and threatened the community and media with federal prosecution if they “spread false information or inflammatory statements about the perpetrators.”

WND and other news outlets have reported on the case involving three juvenile boys, two from Sudan and one from Iraq, who allegedly sexually assaulted a 5-year-old special-needs girl in the laundry room of the Fawnbrook Apartments in Twin Falls, Idaho.

The incident occurred on June 2, but did not come to light until more than two weeks later when stories began to swirl on social media.

The two older boys from Sudan were arrested on June 17 and released from juvenile detention less than a week later on June 23 pending further court proceedings.

The following is a news release issued late Friday from the office of United States Attorney Wendy J. Olson.

“BOISE – The United States Attorney’s Office extends its support to the five-year-old victim of assault, and her family, at the Fawnbrook Apartments in Twin Falls.

“The United States Attorney’s Office further encourages community members in Twin Falls and throughout Idaho to remain calm and supportive, to pay close attention to the facts that have been released by law enforcement and the prosecuting attorney, and to avoid spreading false rumors and inaccuracies.

“Grant Loebs is an experienced prosecutor, and Chief Craig Kingsbury is an experienced law enforcement officer. They are moving fairly and thoughtfully in this case,” said Wendy J. Olson, U.S. Attorney for Idaho. “As Mr. Loebs and Chief Kingsbury informed the public, the subjects in this case are juveniles, ages 14, 10 and 7. The criminal justice system, whether at the state or federal level, requires that juveniles be afforded a specific process with significant restrictions on the information that can be released. The fact that the subjects are juveniles in no way lessens the harm to or impact on the victim and her family.”

“The spread of false information or inflammatory or threatening statements about the perpetrators or the crime itself reduces public safety and may violate federal law. We have seen time and again that the spread of falsehoods about refugees divides our communities. I urge all citizens and residents to allow Mr. Loebs and Chief Kingsbury and their teams to do their jobs.”

As one of 93 U.S. attorneys, Olson represents the federal government in all civil and criminal cases within her state.

Olson was appointed to her post in 2010 by President Obama and has a history of taking strong stands against “anti-Muslim bias.”

Ann Corcoran, the author of the Refugee Resettlement Watch blog and the book “Refugee Resettlement and the Hijra to America,” said Olson’s statement is reminiscent of Attorney General Loretta Lynch’s warning the day after the San Bernardino jihad massacre in which Lynch said she would take “aggressive action” to prosecute “anti-Muslim” rhetoric that “edges toward violence.” Lynch was forced to walk back those comments after outrage from free speech advocates.

“This is threatening free speech,” Corcoran said of Olson’s statement. “It’s the federal government trying to intimidate into silence those citizens who don’t have resources or connections. This must mean we have hit a nerve with this administration.”

WND was the first to report a set of facts about the Twin Falls assault based on the eyewitness account of an 89-year-old grandmother who saw “something funny” going on at the laundry room entrance. It was there, on the afternoon of June 2, that Jolene Payne said she saw a 14-year-old boy filming something through a crack in the laundry room door. She flung open the door and was shocked at what she found. She said she saw two younger boys, ages 10 and 7, both naked, along with the little girl, who the boys had also allegedly stripped of her clothing.

The girl was covered in urine, Payne told WND.

The rest of the details are foggy due to the case being sealed, which is standard in juvenile cases.

A number of bloggers and at least one conservative news website reported erroneously that the girl had been “gang-raped” at “knifepoint” by “Syrian refugees.”

WND’s report clarified exactly what happened, however, and was circulated widely on social media.

Olson has often been at odds with conservative voices in the Idaho community.

She issued a statement on ‘building resilient communities” on July 10, 2015, after meeting with law enforcement, the ACLU and other groups to discuss “anti-refugee” and “anti-Muslim” sentiments in Idaho and across the country that she deemed were “seeking to divide communities.”

Olson used the language of the United Nations-sanctioned “Strong Cities Network” or SCN, which was announced by Attorney General Loretta Lynch at the U.N. last fall, when she called for building “resilient communities” in the fight against “violent extremism.”

Lynch announced the SCN at the U.N. on Sept. 30, 2015, a program that attempts to globalize law enforcement agencies, connecting U.S. agencies with those overseas to combat violent extremism in all its forms. By eliminating the focus on Islamic terrorism, however, many conservatives viewed the SCN initiative as an attempt to single out and silence conservatives under the guise of branding them “right wing extremists.”

On July 8, 2015, just over two months before Lynch’s U.N. announcement, Olson said her staff met with representatives from the refugee community, refugee support agencies, the Idaho Muslim community, Boise Police Department, FBI, the Intermountain Fair Housing Council, the ACLU and Stand Up America to discuss community responses to recent incidents in Idaho and across the country.

“We are at a critical time in our nation and in our own community – from the shooting at the Emanuel AME Church in Charleston, to anti-refugee and anti-Muslim sentiments expressed by groups and individuals in Idaho, to defiance in parts of some states to the Supreme Court’s decision to legalize same-sex marriage in Obergefell v. Hodges,” said Olson in a statement last summer. “There are many currents that seek to divide communities. Instead, we have to come together. We need to stand up and form strategies against those who espouse extremist ideologies and recruit others to engage in violent acts in our communities on their behalf. We want to mentor our young people, educate parents, identify solutions, and form closer relationships between refugees and Idahoans who have been here for generations.”

Olson said that an immediate objective of the July 8 meeting was to reassure members of the refugee and Muslim communities that with the federal terrorism trial in United States v. Kurbanov scheduled to begin July 13, “law enforcement officers will be vigilant to protecting them against bias crimes.”

Olson called this meeting and issued her statement ahead of the trial that ended up convicting Fazliddin Kurbanov, a Muslim refugee from Uzbekistan, of conspiring to blow up U.S. military installations with homemade bombs being made in his Boise apartment. An Idaho jury convicted Kurbanov on terror charges in August last year following a 20-day trial and two days of deliberation.

Prosecutors also said he tried to provide computer support and money to the Islamic Movement of Uzbekistan, which the U.S. government has identified as a terrorist organization.

Kurbanov, a Russian-speaking truck driver, is just one of dozens of refugees who have been tried and convicted on terrorism charges. More than 35 Somali refugees have also left the U.S. to join foreign terrorist organizations including al-Shabab and ISIS. Two Iraqi refugees were charged and convicted in 2011 of providing material support to al-Qaida.

“So in the run-up to that Kurbanov trial she (Olson) was wanting to make sure there was no backlash against Muslims,” Corcoran observed, even as more United Nations-selected refugees from Shariah-compliant Muslim countries were being planted in U.S. cities and towns. They are being resettled in more than 190 cities from Syria, Somalia, Afghanistan, Burma, Bosnia, Uzbekistan and Iraq as part of the federal government’s refugee resettlement program.

That program has been operating in its current form since 1980 and has enjoyed the support of every president since Ronald Reagan, who resettled several thousand Muslim refugees from Afghanistan who he called “freedom fighters” because they were fighting the Soviets.