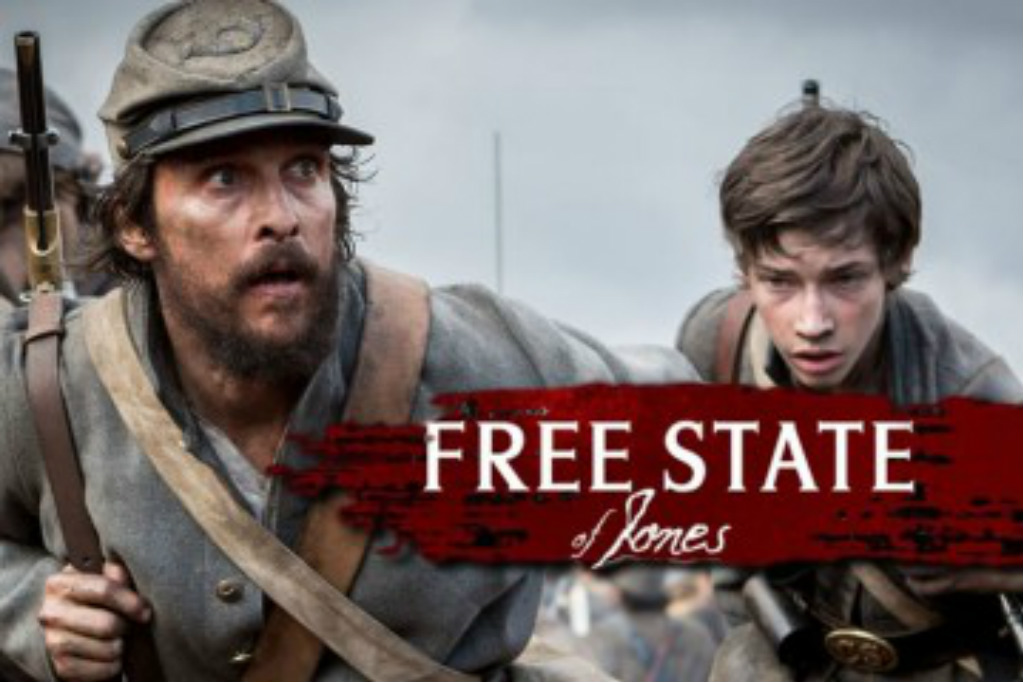 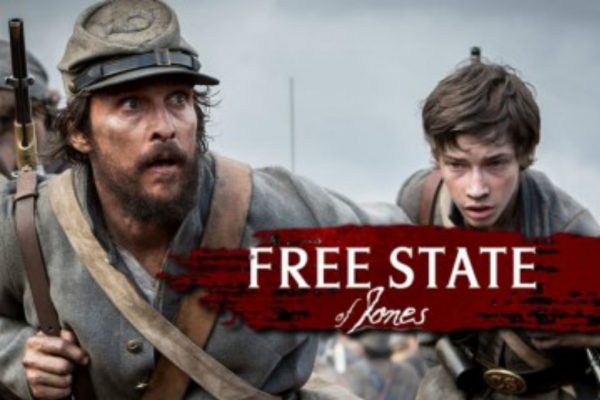 I’m a huge fan of the history surrounding the War of Northern Aggression where the tyrant Abraham Lincoln completely usurped the Constitution, which led to the deaths of thousands of Americans. Recently, a film was released starring Matthew McConaughey titled Free State of Jones and I was immediately captured by the trailer, which you can see below. However, listen to the interview of McConaughey regarding defiant Southern farmer Newton Knight, and his extraordinary armed rebellion against the Confederacy.

Appearing on CBS Sunday Morning, McConaughey said, “The deeds of that story, the context of that time will be very relevant to today.”

Indeed they were and are. Today, we face an over-grown central government because of the actions of Lincoln.

However, depending on who you are, the central character in the film, Newton Knight, was either a hero or a traitor. Knight was a poor farmer who broke from the South’s cause in 1863 and fought against oppression.

What’s incredible to me is to hear a Hollywood actor like McConaughey say things about Knight that have long been forgotten in our culture by many.

“I think his DNA was sort of written in the Bible and the Declaration of Independence,” McConaughey said. “I mean here’s a guy who believed there was no kings on earth above him, and that’s God,” he added, pointing upward.

“His faith trumped the dominant values of society at that time,” McConaughey said.

Director Gary Ross, who made such films as Big, Seabiscuit and The Hunger Games, didn’t know much about the time period nor what is commonly referred to as Reconstruction.

“When you get disconnected from your history, you don’t know where you come from,” Ross said in the CBS interview. “The struggle for freedom is an ongoing one.”

Newton and a band of deserters and runaway slaves took control of Jones County Mississippi and declared it a “free state.” Jones County was then neither aligned with the South nor the North.

Ross says that it would have been easy for Knight to just turn a blind eye to the injustices being done after the war was over, including those that were instigated by the Ku Klux Klan. However, he was not like that and continued to demonstrate love for his fellow man, no matter the color of their skin.

However, as CBS points out, not everyone sees Knight as a hero.

Carl Ford, a Jones County bankruptcy lawyer, was asked about his chief complaint about the movie and said, “Well, I hadn’t seen it, don’t know anything about it, but anything that comes out of Hollywood can’t be good.”

OK, I get the sentiment, but why make such a claim about this particular film when you haven’t seen it? I mean To End all Wars was a great historical film that came out of Hollywood!

Additionally John Cox, a self-described amateur historian said, “I use the term trailer trash to describe him [Newton Knight].”

While Cox does imply the story is embellished, I think we can all agree that happens a little or a lot in all films. However, what most concerns me is that Director Ross thinks the War of Northern Aggression was about slavery. It wasn’t. That was an afterthought to justify Lincoln’s illegal and unconstitutional actions. Ross is just wrong on this issue, and all the historical documentation, when it comes to Lincoln, will set the record straight. In fact, I would highly recommend The Rise and Fall of the Confederate Government
by Jefferson Davis.

While I agree with Newton Knight’s stand, something is lost in Ross’ explanation. He misses the fact that the central government took up arms and killed the people it served and then attempted to later justify those deaths with slavery. Newton Knight is someone that should be regarded as a hero, not a traitor. However, to paint the War of Northern Aggression as a moral high ground against slavery is simply dishonest.