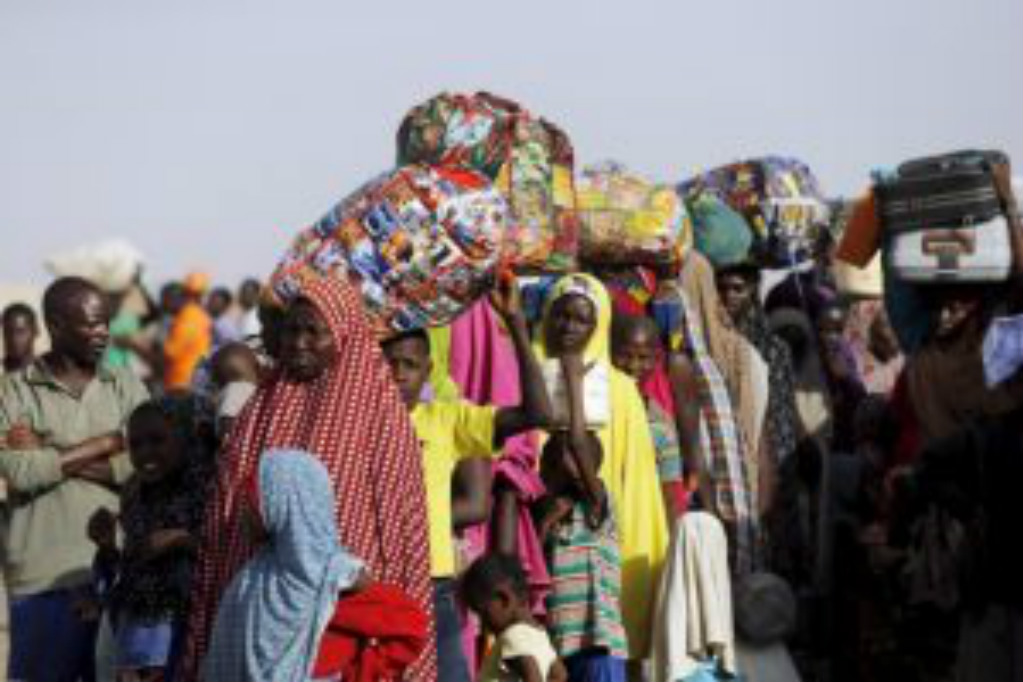 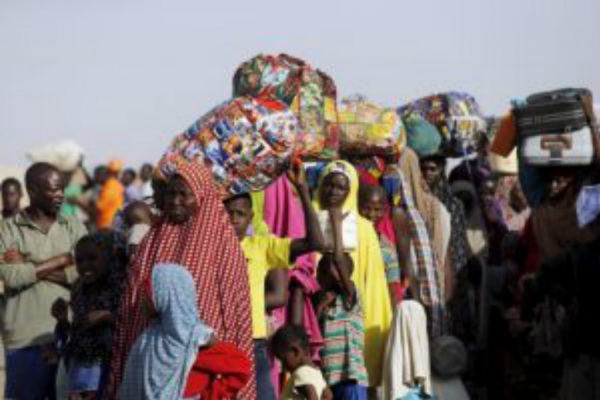 Now these people are real refugees.

Thanks to Muslim terrorist group Boko Haram, thousands of people, most of them Christians, have been forced to flee for their lives to refugee camps or risk being enslaved or murdered by these terrorists as the government battles the terrorists. However, due to the fighting, the terrorists have reduced and been able to almost completely cut off food and water supplies, and so far 1,200 people and counting are dying every day from starvation as easily curable illnesses such as diarrhea:

A “catastrophic humanitarian emergency” is developing at a refugee camp in Nigeria where more than 1,200 graves have been dug for the deceased who starved to death after fleeing from their homes to escape the Islamic terror group Boko Haram, according to Medical charity MSF.
…

“We have been told that people there, including children, have starved to death. According to the accounts given to MSF by displaced people in Bama, new graves are appearing on a daily basis. We were told on certain days more than 30 people were dying due to hunger and illness,” he added.

BBC News reports that close to 20,000 people have died since 2009 amid the ongoing war with Boko Haram, with the terror group targeting Christians, civilians, government officials, and all who stand in its way.

While Nigeria’s army says it is advancing in its efforts to eradicate the jihadists from its country, the conflict has created a major refugee crisis, with close to 2 million people displaced since the start of the war.

The Bama camp has sheltered 24,000 of those refugees, but malnutrition and disease has been a growing problem. MSF said that it counted 1,233 cemetery graves near the refugee camp that had been dug in the past year, with 480 of those belonging to children.

This is not first time that Christians have been mass murdered this way. For those who have never heard of it, I am referring specifically to the greatest act of genocide which happened last century, which was against Christians yet is never spoken of, and that is the Holodomor in Ukraine.

The Holodomor is truly the Holocaust of the Slavic and specifically, Ukrainian and Russian peoples. In summary, there were many peasants, and most of them Catholic or Russian Orthodox and most of them farmers in Ukraine, who opposed the evil communist rulers of Russia. These people were called kulaki, or “fists,” because they would fight back against government’s evil actions, specifically those aimed at collectivizing their farms.

Stalin created a simple policy to break the kulaki that was similar to what the British did to the Irish during the Potato famine of the 1840s. Through forced food redistribution and the obstruction of farmers from practicing their craft through collectivization, Ukraine’s food production, which is historically known as the “breadbasket of Europe,” collapsed almost instantly beginning in 1932. By the end of 1933, according to official statistics, 10 million people were dead from starvation. Things were so terrible that the USSR even put up public service announcement saying things like “to eat your children is a barbaric act,” referring to the cannibalism which ensued in light of the famine.

The Holodomor was the single largest act of mass murder in the 20th century, and yet it is never talked about

Whether is it 10 or 10 million, and regardless of people, means, time, or place there is no good way to become a victim of genocide because it is all evil.

And most importantly, never forget that with the fact that the West has become very anti-Christian, it may be only a matter of time before Christians find themselves like these Nigerians in 2016 or the Ukrainians in 1932.