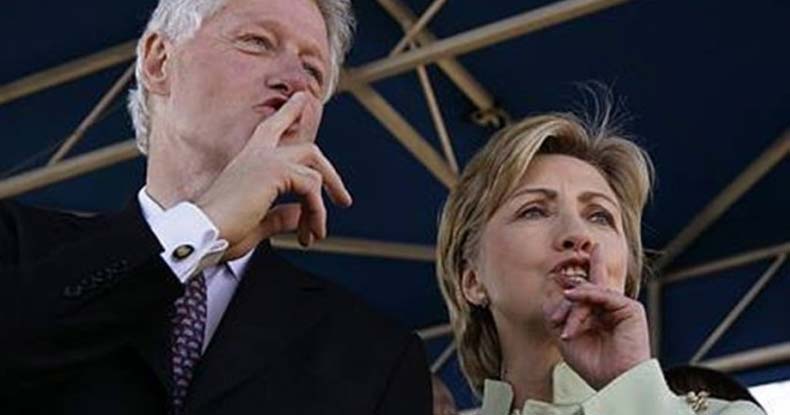 A secret service agent exposes Clinton White House as having cocaine flowing throughout and constant mistresses, yet the media remains mum. 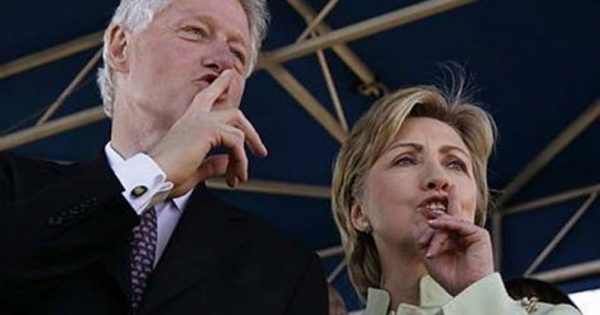 As the New York Post’s Daniel Halper, who interviewed the controversial figure, described Byrne’s mission, “he believes it is his patriotic duty to do anything he can to prevent Hillary Clinton from becoming president of the United States.”

Though Byrne’s tenure at 1600 Pennsylvania Avenue provided ample opportunity to witness indiscretions and other unacceptable behavior by both Clintons, the account — as detailed in a new book, “Crisis of Character: A White House Secret Service Officer Discloses His Firsthand Experience with Hillary, Bill and How They Operate” — has been subject to a media blackout and dismissive attempts to discredit.

In the exclusive interview with the Post, Byrne said he witnessed “the Clinton machine leaving a wake of destruction in just about everything they do,” as well as Hillary’s paranoid and abusive behavior, which was “like hitting yourself with a hammer every day.”

According to the Post, Byrne claims cocaine flowed in the Clinton White House — and staffers availed themselves of the supply.

“There were some drug issues,” the former Secret Service officer told the Post. “Some people would come into work in the morning, and they were barely walking, they would drop stuff off at the office, and go to the restroom where they would come out minutes later happy as a clown.”

Such damning allegations, of course, have come under fire from Hillary’s campaign and former staff, alike, and have all but been excluded from mainstream media coverage — likely as an extension of corporate media’s suspicious fondness for Clinton.

But some sources, including Ron Kessler — author and former journalist for the Washington Post and Boston Herald — have backed up Byrne’s claims.

“I think it’s right on,” Kessler told the Herald. “It has to do with her character, the hypocrisy of someone who claims to help the country and yet she can’t bring herself to treat other human beings who are less powerful than she is with respect and dignity. Someone like that can really get out of control once they get in the White House. They have all that power and they become even more arrogant.”

In his book, Byrne details the so-called “jogging list” compiled by Bill Clinton, as cited by the Post:

“In the beginning of his first administration, when President Clinton was jogging outside, women who were dressed as if they were going clubbing or working out started showing up at the southeast gate. The agents … would get the women’s names, and run them to see who they were. If the women wouldn’t cooperate, they would be ushered out of the jogging group.

“Agents … insinuated that this list was used by President Clinton to try to meet these women.”

Byrne describes a belligerent Hillary Clinton, whose explosive and sometimes violent outbursts convinced other Secret Service agents she posed a legitimate physical threat to her husband — evidenced by her once giving him a black eye.

A spokesman for Hillary dismissed Byrne’s exposé as worthless to Page Six, as the Post reported, saying,

“Gary Byrne joins the ranks of Ed Klein and other ‘authors’ in this latest in a long line of books attempting to cash in on the election cycle with their nonsense. It should be put in the fantasy section of the bookstore.”

But the former agent remained undeterred and steadfastly defended his book and the detailed account.

“Anybody who asserts that what I’m saying is not true,” Byrne resolutely told the Post, “they don’t know any better or they’re flat-out lying.”

A common theme in Byrne’s book, due for release on Tuesday, surrounds Hillary’s harsh treatment of Secret Service officers that borders on abuse. Kessler echoed similar allegations, saying to the Herald,

“She would actually, even recently, tell agents she didn’t want to see them when they were at events. She literally wanted them to hide behind the curtains.”

Further, Byrne insists, a number of other witnesses could confirm the Clintons’ erratic behavior as well as the oft-disputed issue concerning his access in the White House, including “George Stephanopoulos, the former Bill Clinton communications director; John Podesta, Hillary’s campaign chairman, who worked in the Clinton White House; and Jennifer Palmieri, Hillary Clinton’s current campaign communications director, who worked near Byrne in the White House.”

Such confirmations, however, considering the individuals’ continued ties to the Clinton dynasty, appear far outside the realm of possibility.

Additional criticism of Byrne has highlighted alleged discrepancies to his former testimony during the Congressional probe into Bill Clinton’s involvement with intern Monica Lewinsky; which the former agent rebuffed, saying simply:

“[I]f my testimony wasn’t true, I would end up doing seven years.”

Byrne said he couldn’t fathom voting for the now-former secretary of state to become President, despite her sanitized public appearance, adding,