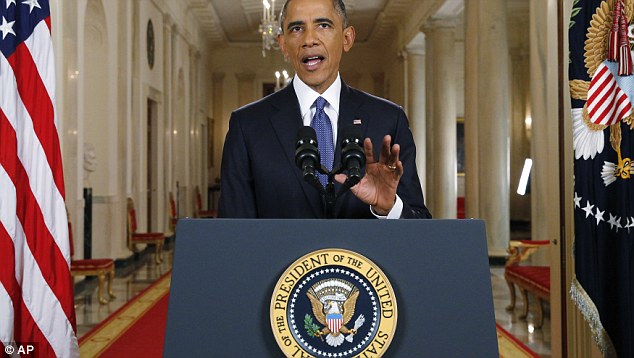 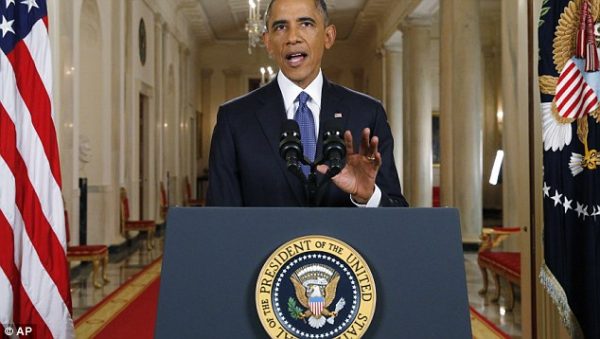 If you want to see hypocrisy on display and a person speaking out of both sides of their mouth in under 2 minutes, then you need to see the video of Barack Hussein Obama Soetoro Soebarkah below, in which he comments on the Supreme Court’s deadlock over the issue of his illegal and unconstitutional executive amnesty. He basically said that the decision did not affect his unlawful policies and that to solve the problem of illegal immigration, Congress would have to pass a law, which we all know, he would ignore.

Thursday’s deadlock decision of 4-4 in the Supreme Court upheld an injunction on Obama’s 2014 Deferred Action for Parents of Americans and Lawful Permanent Residents policy. However, Obama remained defiant that the majority of illegal aliens in the country are not at risk for deportation, and that it would take Congress passing another law in order to solve the problem of illegal immigration.

In fact, though Obama said that his administration would “prioritize” some, they would not threaten others with deportation.

“Our enforcement priorities that have been laid out by Secretary Jeh Johnson at the Department of Homeland Security are pretty clear,” he said. “We prioritize criminals. We prioritize gangbangers. We prioritize folks who have just come in.”

But is this true? Consider the prioritizing that was given to the flood of illegals across the southern border in June 2014. There was such prioritizing that Homeland Security sought escorts for 65,000 illegal immigrant children in January of that year, demonstrating they were orchestrating the whole thing.

And what do these people do when released? They simply commit more crimes because they have no regard for the law.

How can Barack Obama claim to be following the law when instead of doing what the law demands, which is to deport these people, he releases 75% of them into the population of the US?

Following the decision, Obama said, “Today’s decision is frustrating to those who seek to grow our economy and bring a rationality to our immigration system, and to allow people to come out of the shadows.”

Sen. Jeff Sessions said that the decision was “not just a victory for Texas, Alabama, and a majority of the States in this great nation who challenged the lawless actions of the Obama Administration, but a victory for the American people and for the rule of law.”

What’s amazing in all of this is how Obama has failed to enforce immigration laws, but yet, claims it will take Congress writing another law to solve the problem of illegal immigration.

Well, I would agree it’s a victory for the rule of law Senator, but where is Congress in seeking a victory for the rule of law and impeaching the usurper in the White House? Where are the articles of impeachment against Barack Hussein Obama Soetoro Soebarkah for his many high crimes and misdemeanors, even treason? Why are the American people not being given the justice the Constitution demands for such a lawless man?

Tim Brown is an author and Editor at FreedomOutpost.com, SonsOfLibertyMedia.com,GunsInTheNews.com and TheWashingtonStandard.com. He is husband to his “more precious than rubies” wife, father of 10 “mighty arrows”, jack of all trades, Christian and lover of liberty. He resides in the U.S. occupied Great State of South Carolina. Tim is also an affiliate for the Joshua Mark 5 AR/AK hybrid semi-automatic rifle. Follow Tim on Twitter.