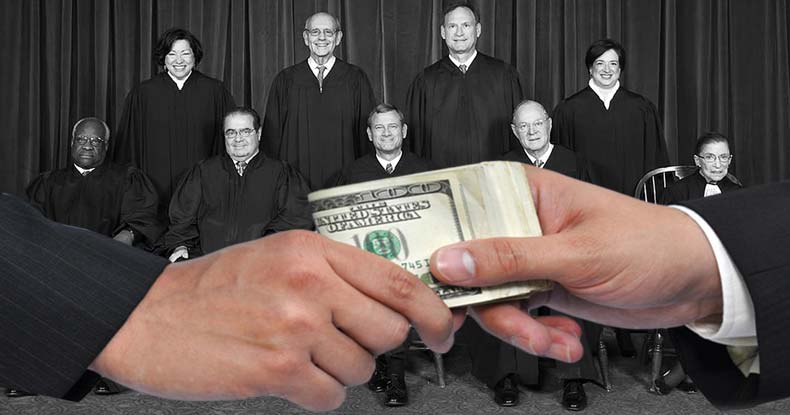 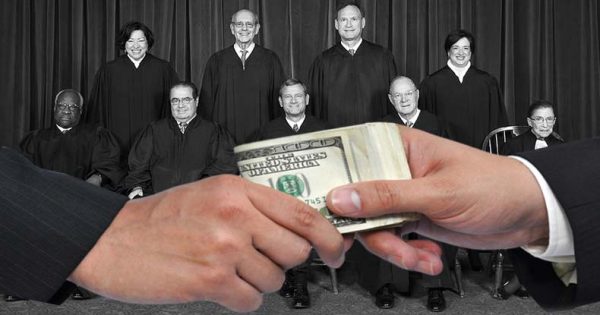 Washington D.C. — On Monday, the Supreme Court of the United States made one of the most glaringly sinister rulings in the history of the United States. The nation’s highest court overturned the bribery conviction of former Virginia Gov. Bob McDonnell. SCOTUS essentially admitted that bribery and corruption are now officially part of a politician’s job.

In 2014, McDonnell had been found guilty of accepting more than $165,000 in ‘gifts’ from a wealthy pharmaceutical giant in exchange for promoting his drugs. McDonnell faced a sentence of two years in prison. However, that sentence was suspended until after the SCOTUS ruling in spite of lower federal courts upholding his conviction.

Rock Creek Pharmaceuticals, who changed their name from Star Scientific after the bribing of McDonnell cast them in an unfavorable light, showered the governor with gifts.

The gifts included nearly $20,000 in designer clothing and accessories for McDonnell’s wife, a $6,500 engraved Rolex watch, $15,000 in catering for their daughter’s wedding, and free family vacations and golf trips for their boys. They also provided the governor with three loans totaling $120,000, according to a report in the AP.

McDonnell claims that he never took “official” action to benefit Star Scientific CEO Jonnie Willians. However as the gifts came in, McDonnell admittedly helped set up meetings with state health officials, appeared at promotional events and even hosted a launch luncheon to promote the drug at the governor’s mansion.

Williams was seeking state money and the credibility of Virginia’s universities to perform clinical research that would support his company’s drug and McDonnell undoubtedly used his position as a supposed representative of the people to provide these things for him.

According to McDonnell and the Supreme Court of the United States, however, there is nothing wrong with taking exorbitant bribes from pharmaceutical companies and using your elected position to repay those bribes. Abusing your public trust and exploiting your elected position to introduce the bribing party to other politicians is not even an ‘official act’ according to the court’s ruling.

“Setting up a meeting, talking to another official, or organizing an event (or agreeing to do so) — without more —does not fit that definition of official act,” Chief Justice John Roberts said. This is in spite of the fact that his job as governor was the sole facilitating effect in this entire act.

It should come as no surprise that the Supreme Court ruled in such a manner. The very function of Washington, and politics, in general, has become nothing more than super rich individuals paying politicians to do their bidding.

The day money was allowed to influence the political process was the day democracy died. This happened centuries ago.

To justify their ridiculously criminal ruling, Roberts said they had to overturn the bribery conviction or it “could cast a pall of potential prosecution” over public officials interacting with the people they serve.

The honesty contained in that statement says it all. Politicians cannot be scared of accepting bribes and returning favors because it could limit their actions with the very people they serve — who happen to be super wealthy special interests.

“The basic compact underlying representative government assumes that public officials will hear from their constituents and act appropriately on their concerns,” Roberts said. However, as was evidenced by the overt bribery, to talk to the governor you needed to give him $165,000 — a luxury not afforded to the overwhelming majority of his constituents.

In his opinion, reports the AP, Roberts noted that McDonnell had won the support of several influential former White House attorneys — both Democrat and Republican — as well as dozens of state attorneys general. Those officials praised the court’s ruling and noted that upholding McDonnell’s conviction would cripple the ability of elected officials to do their jobs.