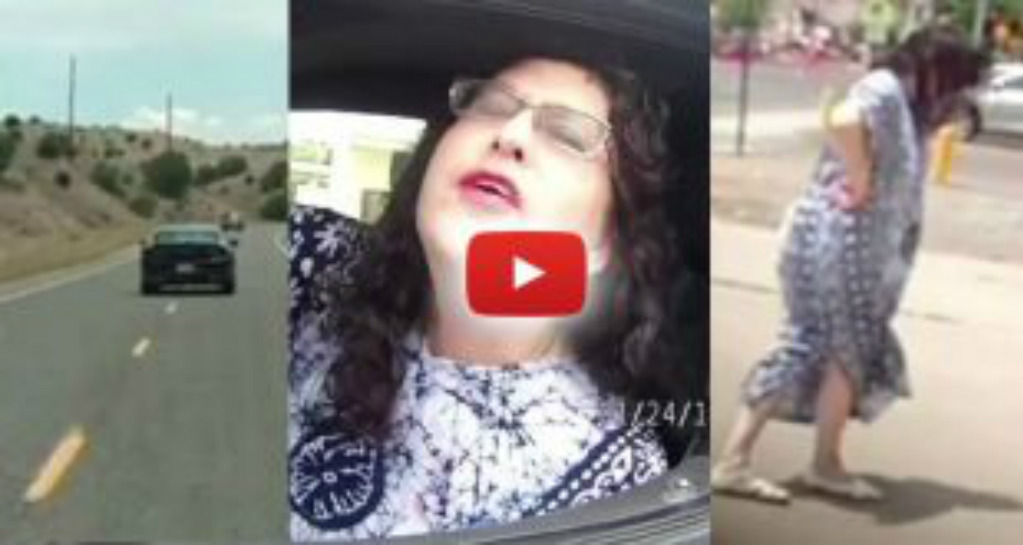 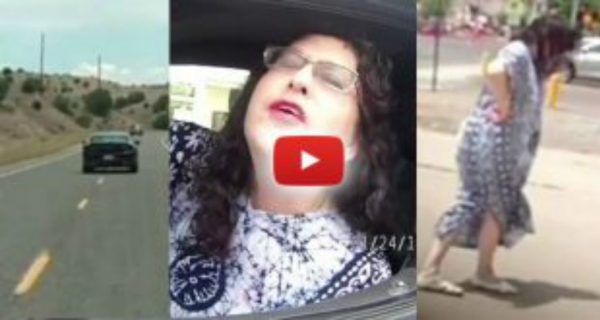 Silver City, NM — In a testament to the special privilege granted to those within government, a clearly inebriated district attorney was dangerously let loose back out on to the streets by, not one, but two separate police departments who stopped her for a DUI.

Instead of arresting the woman, who was caught on video coming dangerously close to multiple head-on collisions, and completely unable to stay in her lane, cops changed her tire and sent her on her way.

The incident began when a motorist behind Grant County District Attorney Francesca Estevez witnessed her swerving all over the road. The motorist took out his phone and began recording as Estevez veered in and out of her lane coming perilously close to several head-on collisions with innocent drivers.

When the witness finally got a cell phone signal, he called 9-1-1 to report this menace to society. However, as multiple body cameras will show, his call fell on deaf ears.

Body cam video shows that Silver City and state police suspected Estevez was drunk or high, yet they did nothing to stop her. In fact, they helped her.

When officer Leticia Lopez originally stopped her, Estevez claimed that her flat tire was the reason she was swerving all over the road. In spite of the 5 minutes of video taken by the witness, police would go with this narrative.

As state troopers arrived on scene, it appeared that a DUI was imminent, especially after multiple cops witnessed Estevez almost drive into a light pole when moving her car for the tow truck. However, they just giggled and let it slide.

For two hours, cops watched as Estevez stumbled around the parking lot. At one point, the district attorney even gave herself a field sobriety test, walking “heel toe.” Her embarrassing attempt to prove her sobriety failed miserably — yet still, cops said nor did a thing.

Then, with a few slurred ‘thank yous,’ the privileged district attorney was set loose back into daytime traffic by those who claim to protect society. Luckily, we’ve yet to receive any information that Estevez killed anyone on the way home.

As for the officers involved, Silver City Police never even mentioned the stop in a report. According to WPXI News, however, New Mexico State Police says it is still conducting an internal investigation into its officer’s actions.

The glaring double standard applied to Estevez has to be pointed out. This incident only illustrates the notion that there are two sets of laws for people in this country; a special set for those with ties to the system — and then one for everyone else.