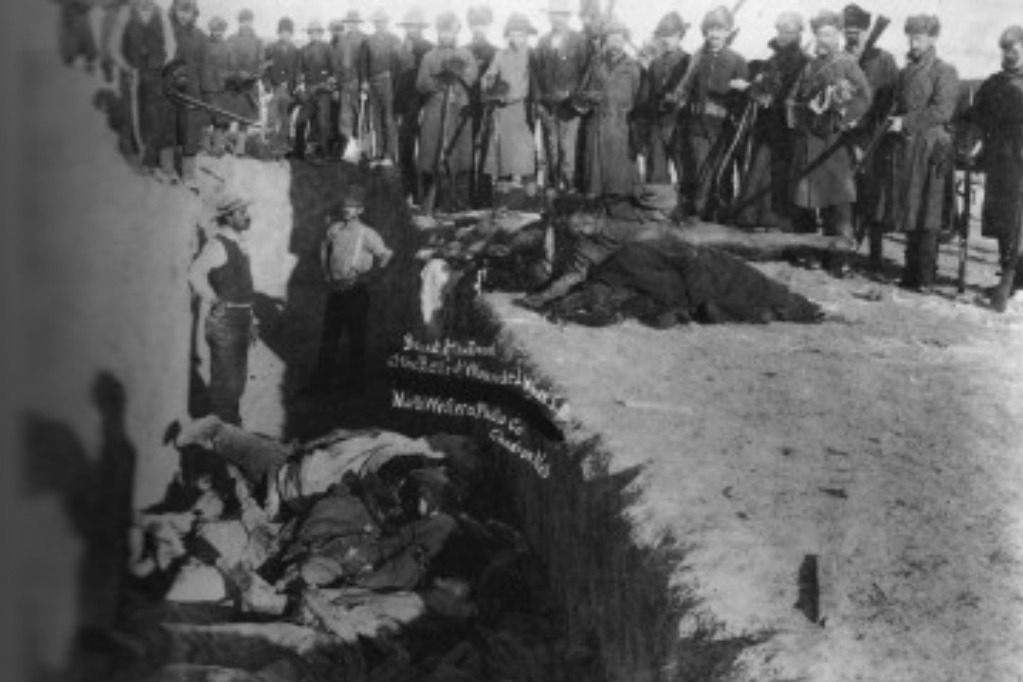 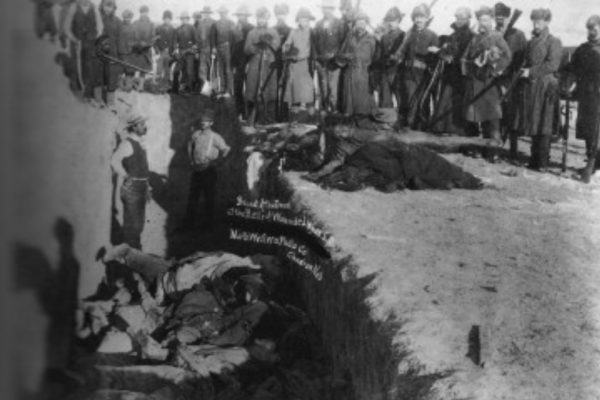 The media has dubbed the Orlando shooting as the largest mass shooting in US history. However, is that really true or is it propaganda? The reality is that a greater mass murder took place in American history and it took place at the hands of the central government of the united States.

What am I talking about? I’m speaking of the mass slaughter of 297 Sioux Indians at Wounded Knee

Creek on the Pine Ridge Indian Reservation in South Dakota. Those men, women and children were summarily murdered by the US 7th Cavalry Regiment, which was commanded by Major Samuel M. Whiteside.

So, what happened? It seems that the US government wanted to disarm the Lakota Indians “for their own safety and protection.” According to one account, in the process of disarming these people, a deaf Indian named Black Coyote was not willing to give up his rifle because he paid a lot of money for it. Obviously, this was not going to be tolerated by men who were “just following orders” and a fight ensued over the weapon when a shot was fired.

As a result, both the cavalry and the Lakotas who still had their weapons began to open fire. However, the cavalry were able to take down many of those who shot at them and chase those who fled, killing many of them.

In total, nearly three hundred men, women and children lost their lives because the central government chose to infringe on the God given right to all men, and that it the ability to defend themselves.

Indeed, it was one of the largest mass murders in our history, and it was nothing more than democide. Of the 297 victims who were killed, 200 of them were women and children.

The Second Amendment speaks of rights, which are based upon the Bible and the Declaration of Independence, which reads:

We hold these truths to be self-evident, that all men are created equal, that they are endowed by their Creator with certain unalienable rights, that among these are life, liberty and the pursuit of happiness.

Of course, rights come from our Creator and our forefathers recognized that government was in place to secure those rights and not infringe upon them. In fact, by infringing upon them, the government becomes criminal, not an arbiter of justice against evil doers.

Wounded Knee was very similar to what our founding fathers faced from England as they attempted to disarm them. That is what sparked the shot heard round the world in the first battle of the War for Independence.

Other mass murders could be cited in our history that dwarf the Orlando shooting. Lonnie Poindexter listed a few in his piece titled, Obama’s Black Camelot: Hell-Bent on Disarming the American People at all Costs.

Wounded Knee should be a reminder of why the Second Amendment exists. The Second Amendment was written to protect God=given rights to men in order to maintain a free state, not tyranny. Apart from the ability to keep and bear arms, we as a people are left defenseless and unable to protect those closest to us, our communities, and our sovereign countries (states). We are then left at the mercy, or more specifically brutality, of a tyrannical beast that throws off its God-given duty and usurps the place of the Creator.

Let us be reminded of both Wounded Knee and the War for Independence.