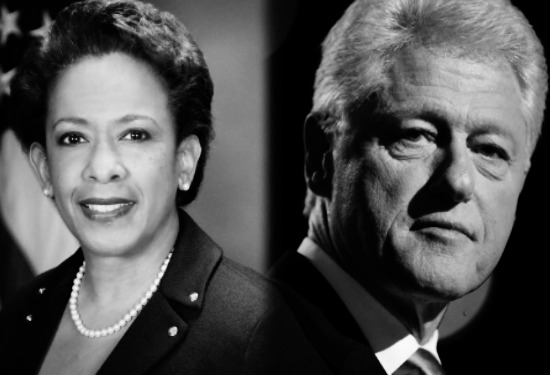 Well, it isn’t so secret anymore.

Lynch attempted to meet secretly on her government plane while it was stopped at the Phoenix airport with Bill Clinton.

The unannounced meeting, which comes as Lynch’s Justice Department is investigating the handling of classified information on Hillary Clinton’s private email server, came to light only when Phoenix’s ABC15 TV station asked Lynch about it during a press conference, The Daily Caller reported.

Lynch preposterously claimed the investigation against Hillary wasn’t discussed at all, but instead they attempted to meet secretly on her plane just for a little random chit chat about golf and Clinton’s grandchildren.

Lynch has already made it clear she will not commit to following the FBI’s recommendations on whether or not to charge Hillary. She also testified during her confirmation hearings that she serves the whims of President Obama, with no mention of upholding the Constitution or the needs of the American people.