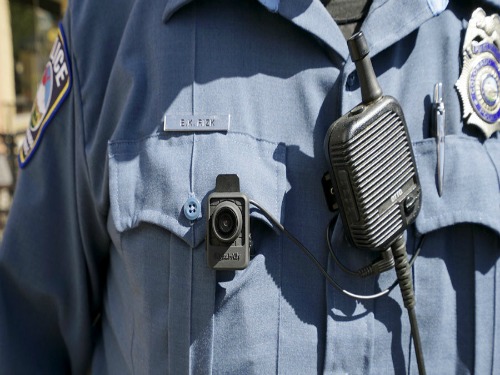 It’s difficult to say which trend is more alarming in America today. It could be the rampant political correctness that is turning everything into a thought crime. Others would argue that the proliferation of our nanny state is far more alarming. But no one could argue that there’s anything worse than when these two forces collide.

That seems to be what occurred at the William P. Tatem Elementary School in Collingswood, New Jersey earlier this month. During an end-of-the-year class party, a third grade student made a remark about the brownies that were being served (the precise wording of that statement hasn’t been revealed). Another student claimed that the statement was racist.

Instead of letting it go, or perhaps dealing with the issue internally if it warranted that, the school’s staff called the Collingswood Police Department, and a police officer showed up to question the 9-year-old child. The police would later tell the boy’s father that the incident had been referred to the New Jersey Division of Child Protection and Permanency.

The boy’s mother, Stacey dos Santos, was understandably upset over the fact that the school’s administration called the police over such a trivial matter, and has decided to send her “traumatized” son to a different school. “I’m not comfortable with the administration. I don’t trust them and neither does my child. He was intimidated, obviously. There was a police officer with a gun in the holster talking to my son, saying, ‘Tell me what you said.’ He didn’t have anybody on his side.”

As for why the school took this course of action, apparently the Camden County Prosecutor’s Office told school officials and local police officers to report any incident that has any remote chance of being considered criminal, including anything “as minor as a simple name-calling incident that the school would typically handle internally.”