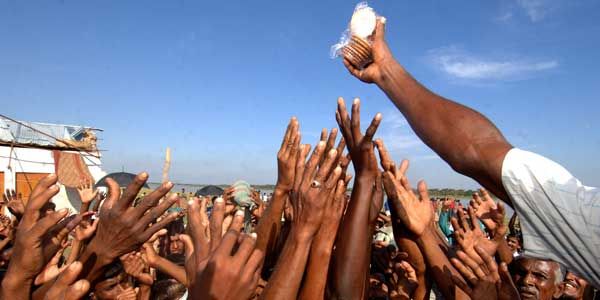 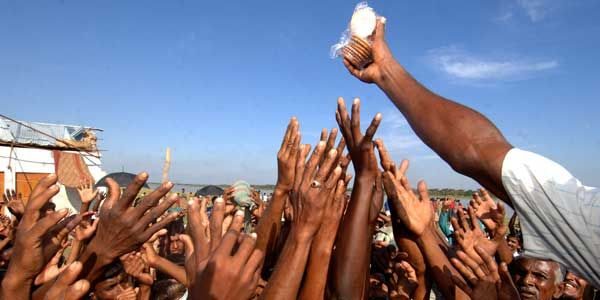 One of the most frightening scenarios that anyone in the modern world could face, is a global food shortage. It’s one thing when just the country you live in faces a food shortage. That situation can have horrific consequences, as the citizens of Venezuela have learned recently. However, a global food crisis means that there is nowhere to run to. You can’t flee your home and become a refugee in a foreign land, and you can’t expect any other nation to send you aid.

All that’s left to do is endure for as long as you can, with whatever food you have stocked up and whatever rations the government can provide. Your absolute best case scenario involves living on a self-sufficient property, and very few people have that. And the people who are living self-sufficiently would have to live with the fear of being raided by hungry looters or an opportunistic government.

And that government by the way, may be your biggest concern during a crisis, because governments are typically only interested in their own self-preservation. The safety and prosperity of their citizens is a secondary concern. How your government reacts to the crisis could mean life or death for your family.

Unfortunately, our government is ill prepared for this kind of situation, as are most governments around the world. We know this now thanks to a study that was recently published by a FEMA contractor known as the CNA Corporation.

The study was a simulation that was conducted last November. It involved the participation of 65 government officials from countries all over the world, and was commissioned by the World Wildlife Fund, the Center for American Progress, and the Cargill corporation. It was set up like a game, with each participant leading their respective nations through a hypothetical global food crisis. The game was designed to see how these nations would interact with each other, and what kinds of solutions could be produced to solve the crisis.

The food crisis in this game lasted between the years 2020 and 2030, and was caused by a combination “of food price and supply swings amidst burgeoning population growth, rapid urbanization, severe weather events, and social unrest.” In the scenario, crop failures in key regions caused by climate change, higher fuel prices, and poor responses by the international community, eventually led to food prices rising 395%. Not surprisingly, the game found that civil unrest would be widespread during this period.

What is surprising however, is how this scenario concluded with such a happy ending, against all odds and all logic. The high food prices stimulated more food production, and as weather conditions improved, the world’s food stocks were replenished. Worldwide donations to the UN’s World Food Programme managed keep the lid on the situation until the crisis passed. This however, is probably the most outlandish case of wishful thinking on the part of government officials. There is no way such a crisis would be resolved so peacefully.

While the study admits that a food crisis of this magnitude would result in widespread civil unrest, I think they’re underestimating how bad it would be. As previous research has shown, whenever the global Food Price Index rises above 210 points, pockets of civil unrest rise up all over the world. This happened recently in 2008, and again when food prices peaked in 2011, which fueled the Arab Spring. Keep in mind that we’re still dealing with the aftermath of the Arab spring in places like Libya and Syria, where thousands have been killed in bloody revolutions and millions have been turned into refugees.

In those cases the food crisis lasted only a single year, and had ramifications that we’re still dealing. This scenario however, would likely leave the Food Price Index above 210 pointsfor years, a situation which has never occurred in the modern world. We would be seeing civil unrest, violent revolutions, and wars on every continent for a decade.

In fact, it could even lead to World War Three. If there were worldwide crop failures, a breadbasket nation like Ukraine would become even more hotly contested between the West and Russia than it is now. That could be just the spark needed to embroil the world in a global conflict.

And let’s not forget the vast number of people who would simply starve to death in this situation. Right now there are dozens of nations where the average person has to spend 25% or more of their income on food. In China and India alone, the average person spends about a third of their income on food. So do the math. If food prices spiked 395%, or roughly four times higher than pre-crisis prices, then hundreds of millions of people around the world would not be able to feed themselves, even if they could forego every other expense including fuel, utilities, shelter, and clothing. Millions would die. Somehow I doubt that the UN’s World Food Programme will put a dent in those numbers.

Amazingly, this study made no such conclusion. The nations that participated in this game are foolish at best for thinking that they would have a handle on a global food crisis. At worst, this whole game was an exercise designed to placate the public, who are increasingly concerned with the global economy and food supply. Either way, it does not inspire much confidence in our government’s ability to deal with this apocalyptic scenario.