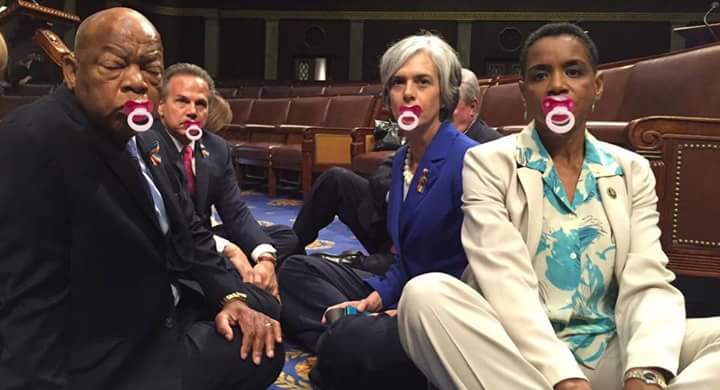 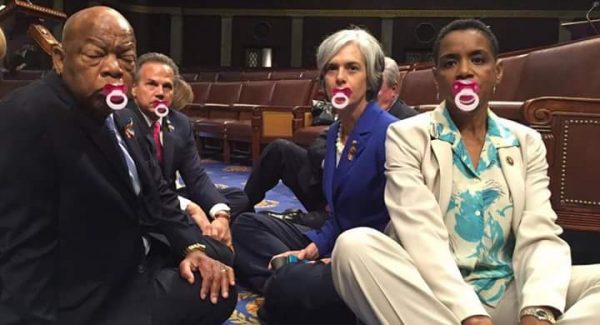 This is the kind of elitist mindset that Communist, gun grabbing congressmen have. They think they are to have rights, but no those that they serve. In the recent gun control “sit in,” at least 26 of the Democrats that attended actually own guns.

In a report by Heat Street, we discovered the following:

The controversial sit-in included 26 Democratic lawmakers who themselves own guns, Heat Street learned after examining 2013 USA Today data on congressional firearms ownership. The participants also included 12 more Democrats in Congress who either didn’t respond to USA Today’s gun survey or declined to say whether or not they possessed a firearm.

Oh, and don’t worry, it was all at our expense. I mean it wasn’t like these Communists were not going to do without while they sat-in to violate Americans’ rights to keep and bear arms and the protections of the Fifth Amendment that no citizen lose their rights unless convicted of a crime.

They even got nice pillows to sit on.

Still, the hypocrisy of these people is amazing and it’s right out in the open. Not only were 26 of them gun owners who were pushing for the unconstitutional no-fly no-buy nonsense, but Democrat Rep. John Lewis, who organized the sit-in for the legislation, was actually found to be on the no fly list.