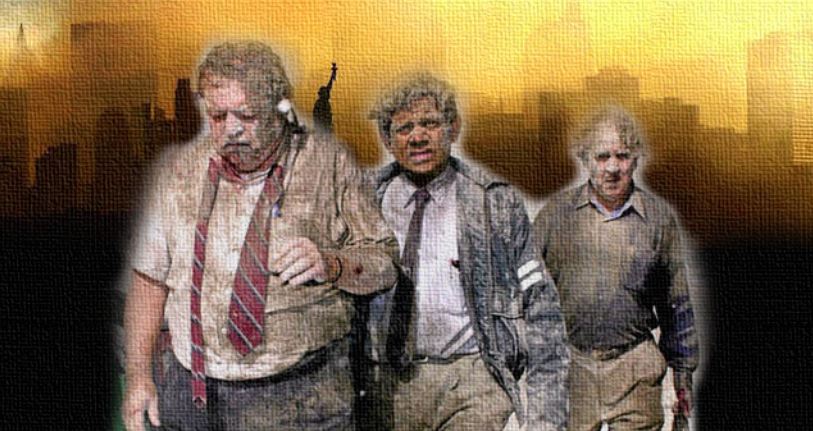 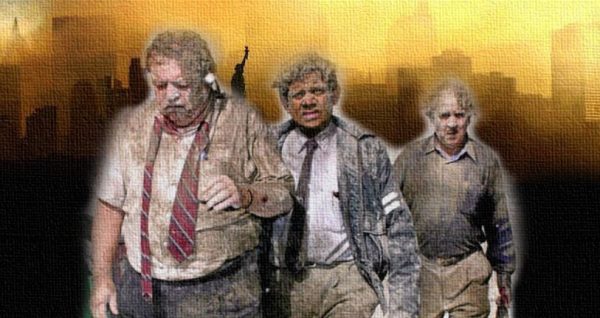 September 11th is the most polarizing event in modern world history. After looking at the aggregate of the accumulated facts and analysis that has emerged since the day itself in 2001, many people find it impossible to believe the official version of events, and since no serious government investigation is considering new evidence or professional analysis, people are left to decide for themselves if there is more to the story.

Due to the sheer volume of information that defies the government’s explanation of events, to believe the official story it now requires some sort of trick of the mind, or some sort of subconscious unwillingness to even entertain a contrary possibility. Regarding 9/11 truth, people will say the most absurdly illogical things, such as:

“I wouldn’t believe what you’re telling me, even if it were true.”
“I don’t need to look at the evidence.”
“I don’t want to know the truth, or I’d become too negative.”
“If that were true, someone would have leaked it by now.”
“That’s ridiculous, there is no way our government would harm us.”
“What makes you think we even deserve to know the truth?”

So, why is it that people have such a hard time even questioning the official version, and why is it difficult for them to even look at alternative information about the events of 9/11?

At this point we have nine years of hard scientific evidence that disproves the government theory about what happened on September 11th, and yet people continue to be either oblivious to the fact that this information exists, or completely resistant to looking at this information. So the question becomes, why? Why is it that people have so much trouble hearing this information?

From my work I think we would be remiss not to look at the impact of trauma. – Marti Hopper, Ph.D.

Firstly, it is critical to bring attention to the severity of trauma incurred when witnessing and processing an event of this magnitude. The nation, and much of the world, is still suffering from mass, collective PTSD, and as time goes by, our exposure to more acts of terror only amplify our attempts to bury this trauma within the psyche.

The darker and more horrifying the affront to our humanity, the more effective we are at burying it. The shock and awe theory of consciousness.

Many people respond to these truths in a very deep way. Some have a visceral reaction, like they’ve been punched in the stomach. To begin to accept the possibility that the government was involved is like opening Pandora’s Box. If you open the lid and peek in a little bit, it’s going to challenge some of your fundamental beliefs about the world. – Robert Hopper, Ph.D., Clinical Psychologist

Psychologists highlight how the human mind has a tendency to look out for its own security, protecting itself from ideas that challenge core beliefs. When your worldview comes into serious doubt, it can feel like everything is crashing down, and that you’re being thrown into the great wide open with no security. Much as the body shifts into fight or flight mode when danger is clear and present, so, too, the mind has tools of evasion from harm.

The mind tries to survive by allowing conflicting information to exist simultaneously, unconsciously choosing to bury that which causes the most disruption to the comfort of held beliefs.

In the case of 9/11, and other events where the media plays a critical role in creating a narrative of what happened, one cognition is always the official narrative which typically supports presently held beliefs about society, and the other cognition can be based on fact and evidence, but since it challenges to undermine the safety of such illusions, it is thusly overridden.

9/11 truth challenges the beliefs that our country protects us and keeps up safe, and that America is the good guy. When your beliefs are challenged, fear and anxiety are created. In response to that, our psychological defenses kick in, and they protect us from these emotions. Denial, which is probably the most primitive psychological defense is the one most likely to kick in when our beliefs are challenged. – Robert Hopper, Ph.D

The result is disharmony, the collapse of a very important worldview and a source of psychological protection. What is left in its place is insecurity, vulnerability, and confusion, triggering a survival mechanism.

9/11 is a crime and a public trauma so grand, that for one to look deeply into it will require them to change or adjust at least some of their fundamental beliefs about the world. Cognitive dissonance, which can lead to the most bizarre reactions to controversially true information, is the mind’s way of hunkering down and weathering the storm in self-protection.

The terror associated with our unstoppable annihilation creates a subconscious conflict or anxiety called cognitive dissonance. We try to cope with having to accept two contrary ideas. – Gary Vey

This is why the 9/11 issue is so important in our collective awakening. It is so big, and so well-documented that it can lead to a complete reevaluation of our entire worldview and social systems, and a huge leap forward in consciousness and awareness.

If we can think of our world view as being sort of our mental and emotional home, I think all of us would do just about anything to defend our homes, defend our families… – Dorothy Loring, M.A., Counseling Psychologist

Take a look at the following presentation looking at why our minds tend to shut down when confronted with the alternate view of 9/11:

This article (Psychologists Explain Why People Refuse to Question the Official Version of 9/11) was originally created and published by Waking Times and is published here under a Creative Commons license with attribution to Alex Pietrowski and WakingTimes.com. It may be re-posted freely with proper attribution, author bio, and this copyright statement. Please contact [email protected] for more info.