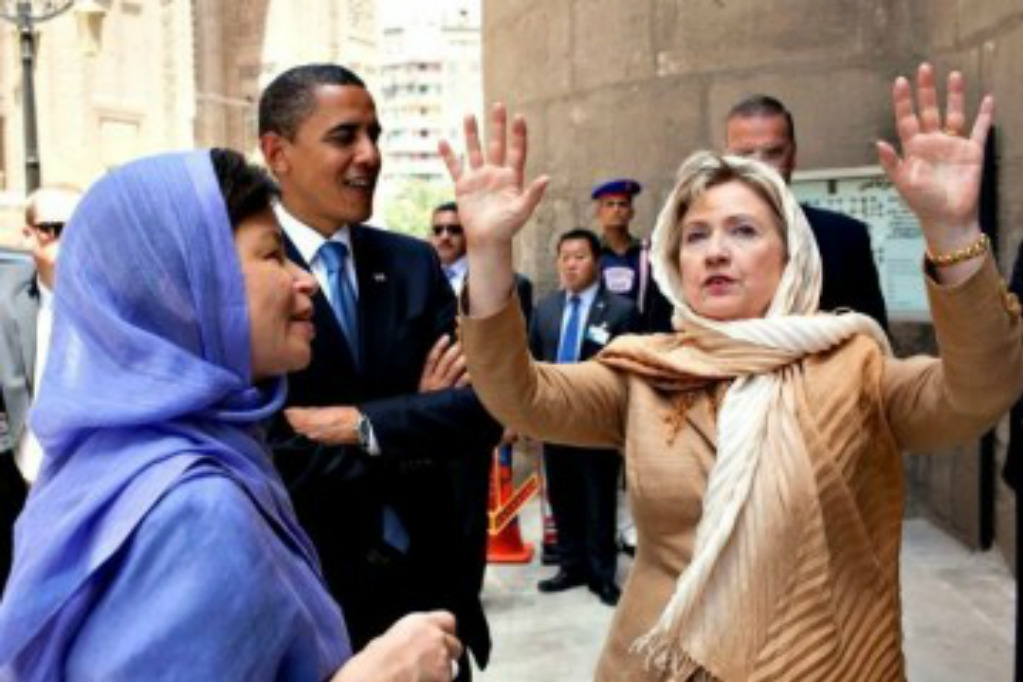 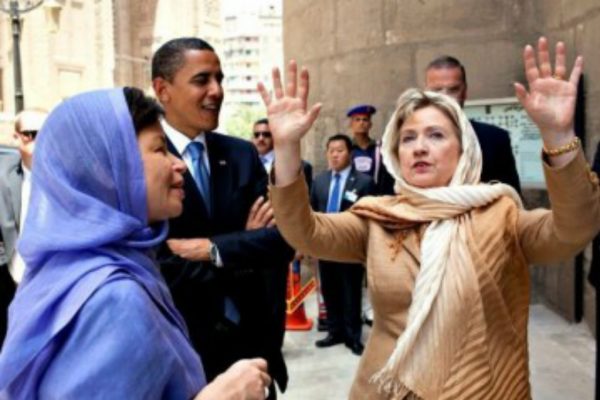 “….Whenever the legislators endeavour to take away, or to reduce them to Slavery under Arbitrary power, they put themselves into a state of War with the people, who are thereupon absolved from any farther obedience, and are left to the common Refuge, which God hath provided for all men, against force and violence.” –Thomas Paine

There is no doubt that Americans have been under attack by that which is foreign to our Constitution since September 11, 2001, namely by those who are set in the guise of American representation.

While most people are confused about Barack Hussein Obama and Hillary Clinton being in opposition with one another, that was the same game played back in 2008. Don’t forget that Barack’s administration is tried and true concerning their crimes against We the People. It has been trained up in the school of crime under the treasonous Clinton administration, and she wants it back.

It was reported on Wednesday that Barack was eager to get out on the campaign trail and help Hillary Clinton’s chances of landing in the people’s White House. Of course, that is all going on under the false pretense of legitimacy. The fact is that her support like that of Barack’s is contrived. Furthermore, Americans have proven over and over again not to be in support of either of these administrations, America’s sworn enemies are.

After all, it is foreign countries who are funding these criminals in an attempt to destroy this country; and who better to do it than those who have a record of treason to do the job for them (Luke 22:48).

For example, it was on the front page of the paper on Wednesday in big bold letters “Terrorism in Istanbul, Turkey.” What should be of interest to every American is that the act and the gun (not the Muslim actor who pulled the trigger) are condemned while Barack appoints another terror-tied Muslim to a high-security position in our backyards in an attempt to disarm Americans.

The Obama administration has been riddled with Muslims, who are anti-American in their views in key national security positions. Now, Cairo-born Gamal Abdel-Hafiz, who immigrated to the States in 1990 and worked at the FBI for 22 years, is calling for a national gun registry in clear violation of the Second Amendment.

However, Abdel-Hafiz has had his own issues regarding Islamic terrorism.

In December 2002, ABC News reported that he was accused by two FBI veteran investigators that he interfered with ongoing terror investigations.

Abdel-Hafiz was ordered fired in May 2003 by the FBI’s top disciplinary officer for a variety of personal and professional problems, including insurance fraud and mismanagement of important 9/11-related files at the bureau’s office in Riyadh.

The ordering firing Abdel-Hafiz was later overruled in 2004 by a special three-man panel convened to hear the case. As Newsweek reported, his reinstatement coincided with efforts by the FBI to hire more Muslim and Arabic-speaking personnel.

Despite his reinstatement, controversy continued to follow the troubled FBI agent.

As the New York Times reported just last year, the reinstated Abdel-Hafiz was placed in the bureau’s Post-Adjudication Risk Management program in 2012 that stripped him of access to certain classified material that he claimed was necessary to do his job.

To tie Hillary back into this equation, remember that her daughter, Chelsea Clinton, recently made the comment that since Justice Antonin Scalia is dead and no longer on the Supreme Court that gun control can finally happen.

Americans seemed to have forgotten that we are not serfs or vassals begging for mercy from those who represent us (Leviticus 26:13; John 8:36).

We are born free Americans (2 Corinthians 3:17), and it is time to tell those in government, who derive their just powers from the consent of We the people, that they have surely forgotten their place regardless of who they are.

“A free people ought not only to be armed, but disciplined; to which end a uniform and well-digested plan is requisite; and their safety and interest require that they should promote such manufactories as tend to render them independent of others for essential, particularly military, supplies. –George Washington