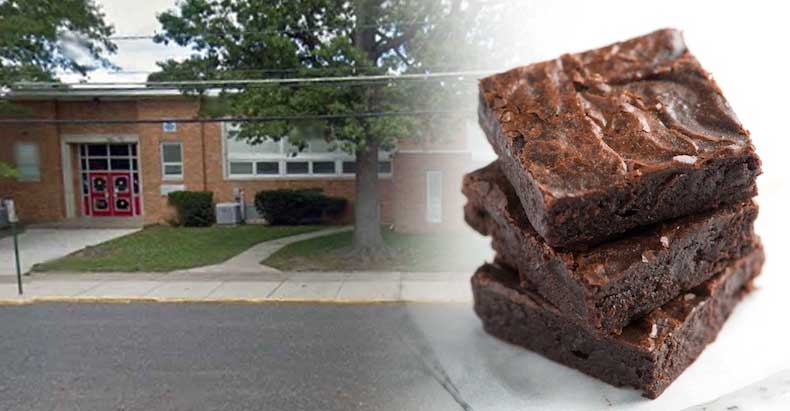 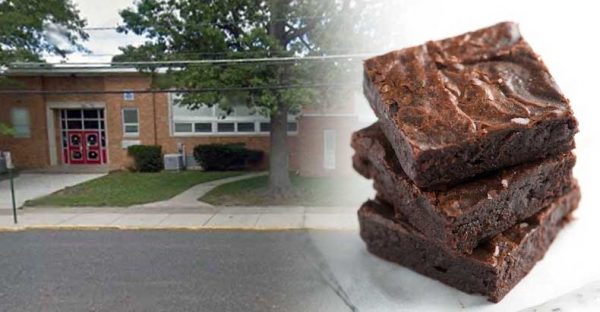 A 9-year-old student, during their end of the year class party, made a remark about the brownies being served which set off a chain reaction of nanny/police state madness. After another 9-year-old student perceived the hispanic student’s talk of “brownies” to be “racist” — police were called.

“He said they were talking about brownies. . . . Who exactly did he offend?” Stacy dos Santos, the 9-year-old’s mother said.

The boy’s mother explained that her son was talking about food, not skin color. But school officials were apparently unable to comprehend this fact. So, they resorted to the force of the state.

According to a report in Philly.com,

The boy’s father was contacted by Collingswood police later in the day. Police said the incident had been referred to the New Jersey Division of Child Protection and Permanency. The student stayed home for his last day of third grade.

Dos Santos said that her son was “traumatized,” and that she hopes to send him to a different Collingswood public school in the fall.

And she wants an apology. She said she graduated from Collingswood High School and has two other children, a 21-year-old who also went through Collingswood schools, and a 3-year-old. Her husband, the third grader’s father, is Brazilian, dos Santos said.

“I’m not comfortable with the administration [at Tatem]. I don’t trust them and neither does my child,” she said. “He was intimidated, obviously. There was a police officer with a gun in the holster talking to my son, saying, ‘Tell me what you said.’ He didn’t have anybody on his side.”

Superintendent Scott Oswald estimated that on some occasions over the last month, officers may have been called to as many as five incidents per day in the district of 1,875 students, reports Philly.com.

The good news is that more than 14,000 parents have expressed their outrage to this police state reaction and called on local officials to “stop mandated criminal investigation of elementary school students.”

The parent’s outrage could not have come any sooner.

According to the DOE, a whopping 1.6 million (k – 12th grade) students attended a school that employs a law enforcement officer — but has no counselor.

According to the the 2013-14 Civil Rights Data Collection (CRDC), which counted cops in schools for the very first time, 24 percent of elementary schools and 42 percent of high schools have armed police officers. In schools with higher concentrations of minorities that number skyrockets.

Video after video shows the horrific nature of such a practice as children are seen being maced, beaten, and tasered for normal childhood behaviors.

The mere act of being a child is now criminalized.

As the Free Thought Project previously reported, according to statistics released by the U.S. Department of Education and published by NBC News, in the 2011-2012 school year, teachers called the cops on students a total of 31,961 times in the state of California alone, leading to 6,341 arrests.

With 175 8-hour-long school days, that means that every 2.6 seconds a cop is called!

At one California school district, in particular, East Side Union High School District in San Jose, police were called on students 1,745 times during the 2011-2012 school year. This one school called the police on students more than ten times a day!

Just last month, we reported on the video showing a San Antonio Independent School District police officer body slam a 12-year-old girl. In February, the Free Thought Project brought you the story of the Baltimore School cop who was seen beating a student who had done nothing wrong.

In fact, recent videos have revealed a myriad of school cops attacking unarmed students. In December, Officer Rigo Valles was cleared of any wrongdoing after grabbing a student by the neck and slamming him to the floor. In October, Richland County Deputy Ben Fields was fired after students recorded him flipping over a girl’s desk and dragging her across the floor. Oklahoma City Master Sgt. Thomas Jaha was charged with assault and battery in October as well, after repeatedly punching a student in the face for not having a hall pass.

And these are the ones the public knows about — How many more incidents, just like this one, go unreported and unpunished?

Instead of attempting to solve a problem with logic and reason, schools are now taking the easy road and turning to the barrel of a gun to force compliance. This is not only dangerous and lazy, but it’s entirely unnecessary.

A study of more than 185,000 private and public school users from 2010 to 2014 revealed that violence is largely a problem in the public school sector. Private schools, unlike public schools, have an incentive to create a safe and caring environment for their students, so they take a far more proactive approach to prevent bullying — and it works.

Without using police force, private schools are able to reduce bullying and violence to levels far below that of public schools. Imagine that.

If you truly want a glimpse into the horrid effects of the police state on all school children, take a scroll through our archives, at this link.

Until people wake up to the reality of relying on a system of violence to maintain “order,” we can expect this problem to get worse.

-Rage Against the Machine, Ashes in the Fall