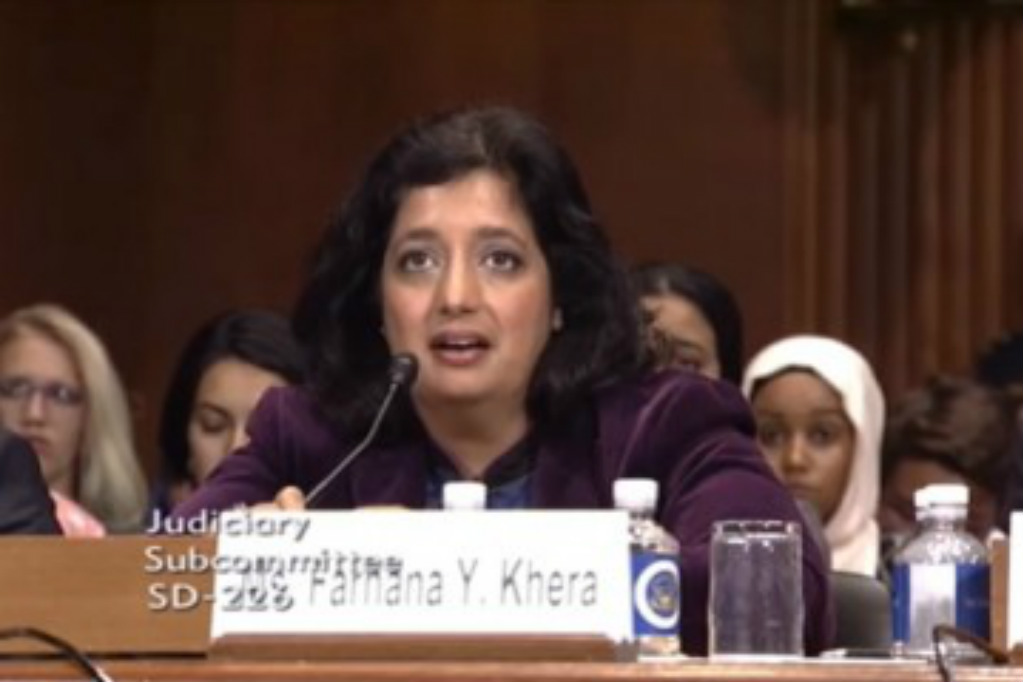 ‘Muslim Advocates’ president, who managed to get all references to jihad, Muslim, and Islam purged from the 9/11 Commission Report and FBI training manuals, because she consider them bigoted, is unable to give Ted Cruz an answer when it comes to Islamic terrorism in America.

Senator Ted Cruz grills DHS Secretary Jeh Johnson and gets as far as he got with the Muslim woman above. Exactly nowhere!

This is how the terminology “Islamic Terrorism” came to be replaced with “Violent Extremism” which prevented the FBI, DHS, and Law Enforcement from connecting the dots that could have averted Islamic terror attacks on the homeland.