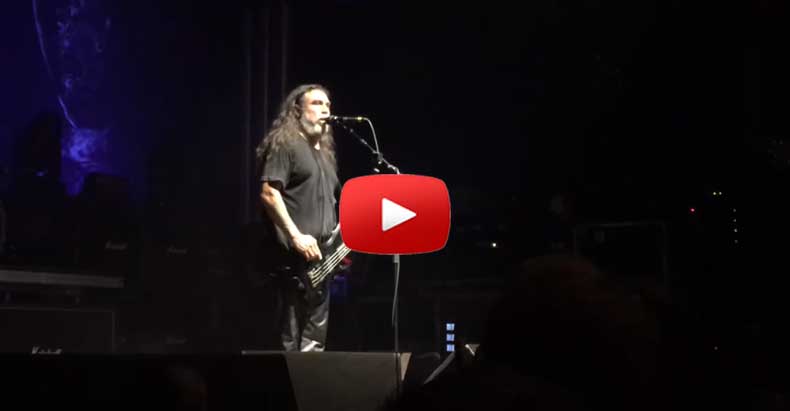 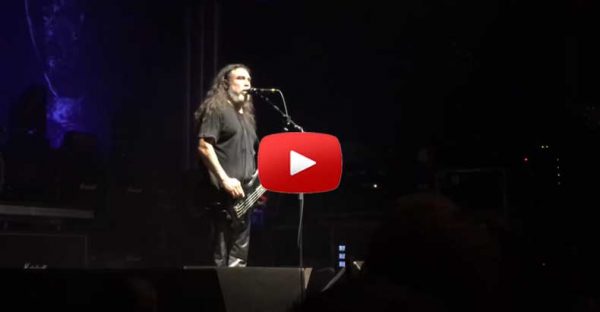 Switzerland – At a recent concert in Switzerland, Tom Araya, lead singer and bassist for the legendary thrash-metal band Slayer, was caught on video delivering an impassioned speech on firearm ownership in the wake of the renewed calls for gun control in the U.S. stemming from the Orlando nightclub shootings.

In his statements Araya praised the Swiss pro-gun culture, while warning against the insidious dangers inherent to a disarmed populace.

“Where you are in the world, you need to protect yourselves. Not from each other, but from invaders…” Araya said. “You should be able to protect and defend your country. That’s the way it should be everywhere…”

“Because when you don’t have anything to protect yourself or your fellow countrymen, what happens? People f*cking die!”

Araya’s comments likely reference the fact that when only governments have access to firearms, and individuals are not allowed to own the means by which to defend themselves or their families, large-scale slaughters often follow.

Democide, considered “the murder of any person or people by their government, including genocide, politicide and mass murder” is estimated to have killed 262 million people over the last century.

To put this in perspective that means SIX TIMES as many people have died by the hand of their own governments than have died in all the battles and wars combined over the past century.

“I’m not gonna name names, but you can see what’s going on in other countries. Because they can’t protect themselves. And that’s what I’m talking about: being able to protect yourself and your fellow countrymen and your f*cking country,” Araya continued.

“I’m being serious, man. This isn’t a f*cking joke. You know, it really sucks to know that other people die, because you can’t protect them. That f*cking sucks,” Araya said.

Below is the hard hitting video of Araya’s rant.