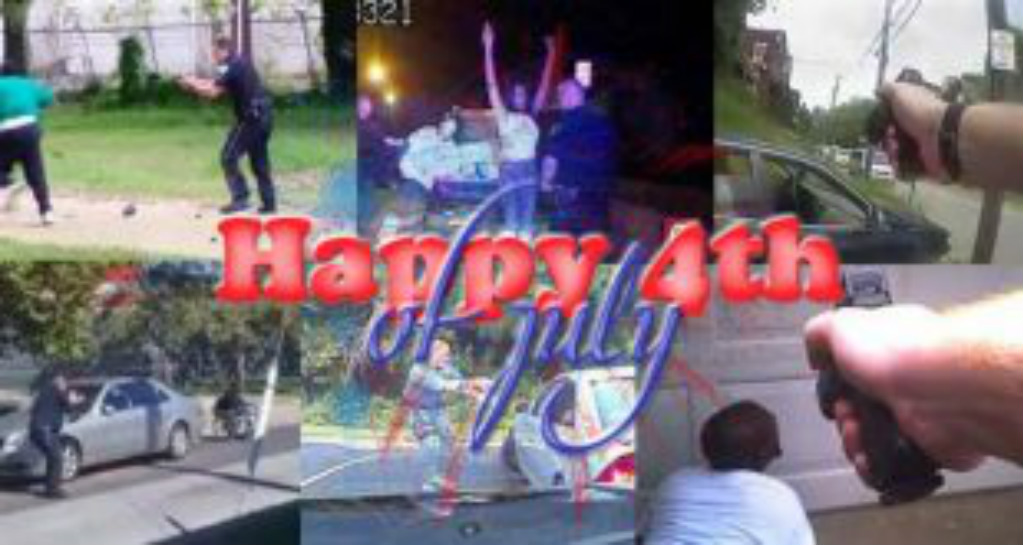 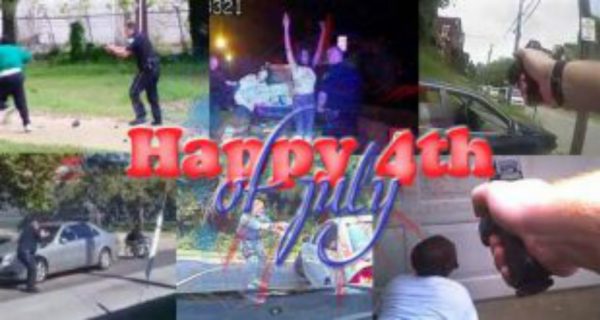 We have failed, as a nation, the experiment intended by the founders to limit the size of government and the scope of tyrannical rule — as if that could come as a shocker, given our exclusionary founding based in genocide and the systematic enslavement of an entire population would dictate.

Perhaps the romantic love affair America claimed to have with democracy — through the vehicle of a constitutional republic — amounted thus to so much farce, or at least misguided hope. When the people’s call to terminate British rule in favor of popular governance, ignited by Thomas Paine’s Common Sense, ultimately led to a government whose very framework ensures elitist control, that failure, again, can hardly be surprising.

It’s Independence Day; though through carefully crafted semantics over the years, the significance of the day has been truncated to the uniquely strange celebration of a date — a telling bit of propaganda, itself.

How did we veer so severely off course? How did the summary call for revolution — based in shirking the twins of monarchical control and tyrannical over-governance — land all of us in a modern police state empire guilty of crimes against civilians domestically and worldwide?

Scholars argue the democracy-based constitutional republic that so defined America has since birthed an oligarchy; however, the incestuous marriage of the monied class consistently in power and profit-crazed corporate interests would best be described a corporatist plutocracy.

For the fetters of imperialism-driven, police-state corporatism to impart this stranglehold, the populace had to take one hell of a nap — akin, actually, to democratic dereliction of duty.

Consider the complacency necessary to abide the government’s prying eyes in every facet of even ordinary lives with nothing more than an eye roll, for just one example. Or, consider the Ponzi scheme of the Federal Reserve system, for another.

But the true heartbreaker exists in the sheer volume of liberty-thwarting examples now plaguing daily life in the United States — and how telling of the post-9/11 world that each tragedy instantly starts the debate over which freedom the government will yank next in the name of heightened security.

Yet, despite this telling pattern, Americans eagerly clamor to accept whatever new manacles the corporatists insist will protect them — usually from the horrors of terrorism carried out by terrorists those corporatists created in their hubristic empire-building.

Worse, the schemers and scammers now heavily populating various arms of the U.S. government have so effectively cloaked their maniacal power trip in red, white, and blue patriotism, irate and sizable segments of ‘ordinary’ Americans will berate those who criticize the plot. This is the genius of nationalistic propaganda — as well as the reason blind patriotism is the hollowest celebration of the spirit on which the country had putatively been birthed.

Americanism is, therefore, a nonpareil demonstration of collective Stockholm Syndrome. When affection for a government who’s become a captor outweighs compassion and tolerance for neighbors — fellow captives — the corporatist kool-aid might be a little too strong for its own good.

Though the American government’s tyrannical oppression domestically is only bested by its war machine’s indiscriminate use of terror in various corners of the globe, proffering either example to a nationalist will win you only indignant vitriol — if not violence.

But rather than pontificating too vehemently on the ironies of what it means to be a patriotic American in 2016, here’s a thought worthy of the closest scrutiny.

Setting aside, for the sake of length, the pitfalls of founding a relative democracy on the bones and blood of every demographic not described as both white and male, the revolutionary fervor of those escaping British autocracy has been wholly lost in modern Police State, USA.

Trading tyrannical monarchy for repressive, restrictive plutocracy can hardly justify celebrating anything approximating a true Independence Day. Calling the U.S. a nation of freedom-lovers doesn’t reckon well with the planet’s largest incarceration rate — a fact made possible by overstuffing private prisons with nonviolent criminals whose sole wrong, vice, would appall the revolutionaries of 1776.

No wonder the sweatshop products of the artificially-palliative consumerist culture are sold for dirt cheap prices in ‘Happy July 4th’ sales — since anything suggesting the independence spirited 240 years ago would now be considered watchlist-worthy dangerous.

But, perhaps, this nation largely comprised of willing hostages so bereft of true independence — and so enamored of the shackles of tyranny — should officially trade the holiday monikered Independence Day for simply The 4th.

Otherwise, we risk being disingenuous — until, at least, the rekindling of that American moment when it was understood a totalitarian government is only as strong as its ability to deceive the people into its acceptance.