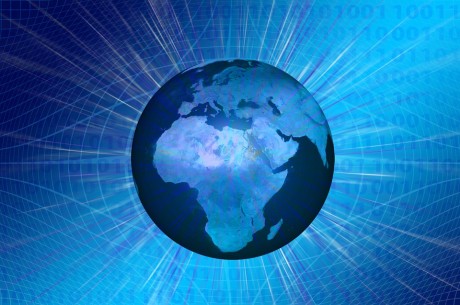 Have you noticed that the world seems to be going a little bit more crazy with each passing month?  Here we are halfway through 2016, and the rot and decay that are eating at the foundations of civilized society seem to be rapidly gaining momentum.  Every single day, all of us take certain things for granted as we go through our normal routines.  For example, as you walk down the street you probably take it for granted that someone is not going to pull out a gun and try to shoot you.  As members of a civilized society, we have come to expect that our fellow citizens will behave in a certain way.  Unfortunately, the thin veneer of civilization that we have all come to rely upon is steadily evaporating all over the globe, and chaos, crime and violence are all on the rise.

Even the United States is becoming a lawless place.  We saw this very clearly when the FBI magically cleared Hillary Clinton.  We’ll talk more about the deterioration of America later on in this article, but I would like to begin today by looking at what is going on in Brazil.  The Olympics are about a month away, and things are so bad in Rio de Janeiro that police have put up a billboard for all of the tourists that are coming in that says “Welcome to Hell”…

The Olympic Games are 31 days away — and Rio de Janeiro is in crisis.

Violence is on the rise, and police officers are at loggerheads with the Rio state government after claiming they’ve not been paid for months.

The message from police to tourists is clear: We won’t be able to protect you.

The state’s police officers vented their anger Monday with a sign saying, “Welcome to Hell,” outside Rio’s main airport.

It may be hard to believe, but approximately 42,000 people are shot and killed in Brazil each year, and it has one of the highest homicide rates on the entire planet.

But it isn’t just the violence that those traveling to the Olympics need to be concerned about.  According to Weather.com, a “super bacteria” has been found in the city’s waterways…

Lead researcher Renata Picao told CNN that a drug-resistant bacteria has entered the city’s waterways from sewage coming from local hospitals, which is channeled into Guanabara Bay and eventually washes up on area beaches.

“I don’t take my children to these beaches,” Picao said. “We still need more studies to tell what would be the risk to human health of this exposure through the water.”

According to the Associated Press, the Olympic sites on Guanabara Bay are tested daily for bacteria, and four of the five will not pose any problems, but also said the bay has shown astronomically high levels of viruses for which the state is not testing. Rio’s waters were found to contain viruses up to 1.7 million more times hazardous than a beach in the U.S, CBS reports.

The water is so bad in Rio that the U.S. rowing team will actually use sewage-proof suits at the Olympics.

Meanwhile, things are even worse in Brazil’s neighbor Venezuela.  47 percent of the population can no longer provide three meals a day for their families, people are hunting cats and dogs for food, and armed guards are being stationed on food trucks to keep the rioters and looters at bay.  It is a full-blown economic collapse, and what is happening in Venezuela right now is eventually coming to America.

Over in Europe, they are dealing with a major sexual assault epidemic.  Millions of refugees from the Middle East have poured into western Europe over the past couple of years, and the results have been nothing short of catastrophic.  The latest incident to make global headlines comes from Sweden…

Over 20 girls between 12 and 18 years old told police they were sexually assaulted by a group of men during a music festival in Karlstad, Sweden.

Police are investigating “a score of cases in which young girls have been molested,” Swedish Aftonbladet daily reported.

It said that the alleged attacks occurred during the “Putte i Parken” rock festival in Karlstad in Varmland County, despite enhanced police presence.

Do you want to guess who the attackers were?  One of the young girls that was sexually assaulted said that the perpetrators “were not from a Swedish background”…

She said that the boys around them were about 17 or 18-years-old but ‘those standing behind me were not from a Swedish background.’

‘They were probably immigrants. I hate to say it. But it is the truth,’ she said.

‘I have reported this to the police, but it feels like a drop in the ocean. I saw girls that came crying from the audience, including an old childhood friend who is two years younger. She cried so much that it broke my heart.’

But don’t worry, the police in Sweden have launched a new campaign against these kinds of assaults.  They plan to hand out bracelets that say “don’t molest” at music festivals and they have even started a special hashtag on Twitter.

That should do quite a bit to stem the tide.

Over in Germany, a leaked report is making waves because it specifically identifies refugees as the primary reason for the horrible wave of sexual assaults at swimming pools and other bathing establishments…

The internal report was issued for officers of the Criminal Commisariat 12 – responsible for sex crimes and missing persons – and states: ‘The K12 can confirm a surge in sex crimes at these establishments.

‘In particular rape and the sexual abuse of children in bathing establishments have given us grave cause for concern.

‘The perpetrators are, for the most part, immigrants.’

Look, I am all in favor of helping families that are fleeing the war in Syria, but these nations in Europe need to start using some common sense.

In the Middle East, the barbarism just continues to get even worse.  Just today, I saw a report about how ISIS is boiling people alive, and over the past couple of weeks there has been a shocking string of Islamic terror attacks all over the world.  According to Wikipedia, there have been more than 100 terror attacks worldwide per month so far in 2016, and during the month of June there were more than 200.

When are people going to start realizing that Islamic terror is a major threat and it is not going away?

In the United States, the thin veneer of civilization is breaking down as well, and this is especially true in many of our major cities.

Over the July 4th weekend, at least 64 people were shot in Chicago.  The homicide rate in the city is up nearly 50 percent so far in 2016, and the police are having a very difficult time trying to deal with rapidly escalating gang violence in the region.

But it isn’t just the rise in violent crime that shows how our society is decaying.  I want to share with you an incident that I came across earlier today that I think really gives us some insight into what is happening to this country.  Our young people have so little respect for one another or for anything else, and the way that they treat one another is not what you would expect from citizens of a “civilized” society.  Just check out this example of what I am talking about…

A pair of young American men were left covered in Coke after they pranked a young female McDonald’s worker.

They approached a drive-thru in their SUV with the camera rolling.

Just as the girl prepares to take their money and hand them the drink they honk the horn, making her jump in fright.

But the worker had the last laugh when she said: ‘You’re not going to get your drink, go!’ before lobbing the large Coke back at them.

The driver tried to chuck the drink back but she shut the drive-thru window in time.

You can watch the young McDonald’s worker throwing the Coke at the two guys right here.  My point is not to place blame on the worker or on the two “pranksters”.  Rather, my point is to show how pathetic our interactions with one another have become.

We like to think that we are so “advanced”, but the truth is that we have become the kind of crude, disgusting slobs that the movie “Idiocracy” once mocked.

Could you imagine the people of Downton Abbey acting in this manner?

And you know why they wouldn’t have acted this way?

It is because they were far more “civilized” than we are.

Our standards have fallen so low that very few people care if we even have standards anymore.  Just like most of the rest of the world, our society is crumbling, and as a result the thin veneer of civilization that we all take for granted is starting to disappear.

So how do we go about fixing things?  Please feel free to tell us what you think by posting a comment below…