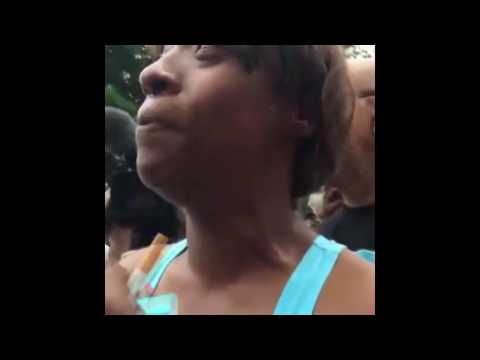 Diamond Reynolds would be considered a ‘racist’ by ‘Black Lives Matter’

The girlfriend of Philando Castile, the black man shot dead by police during a traffic stop that was broadcast live on Facebook, has publicly pleaded for people not to use the issue to stoke racial division, telling reporters yesterday, “all lives matter”.

During a tearful explanation of what happened during the incident, which has garnered global attention, Diamond ‘Lavish’ Reynolds urged all races to unite

“Not black lives matter – all lives matter – every single life out here matters, no matter the color, the race, the nationality, we all deserve to be heard,” she added.

Reynolds’ use of the phrase “all lives matter” is interesting given that ‘Black Lives Matter’ leaders have repeatedly claimed that the term represents a disparaging racial remark.

Leftist commentators have also repeatedly insisted that saying “all lives matter” is racist. Just yesterday, Advocate.com writer Rachel Lewis asserted that, “when you say #AllLivesMatter, whether you mean to or not, you’re being racist.”

If saying “all lives matter” is racist, then the black woman who is currently garnering global sympathy over what happened to her black boyfriend at the hands of police is a racist.

As the video below documents, ‘Black Lives Matter’ has failed as a movement.

More black people are being killed by other black people because of the “Ferguson effect” – cops refusing to patrol dangerous, high crime areas, police brutality is still a huge problem, and racial animosity has only increased.